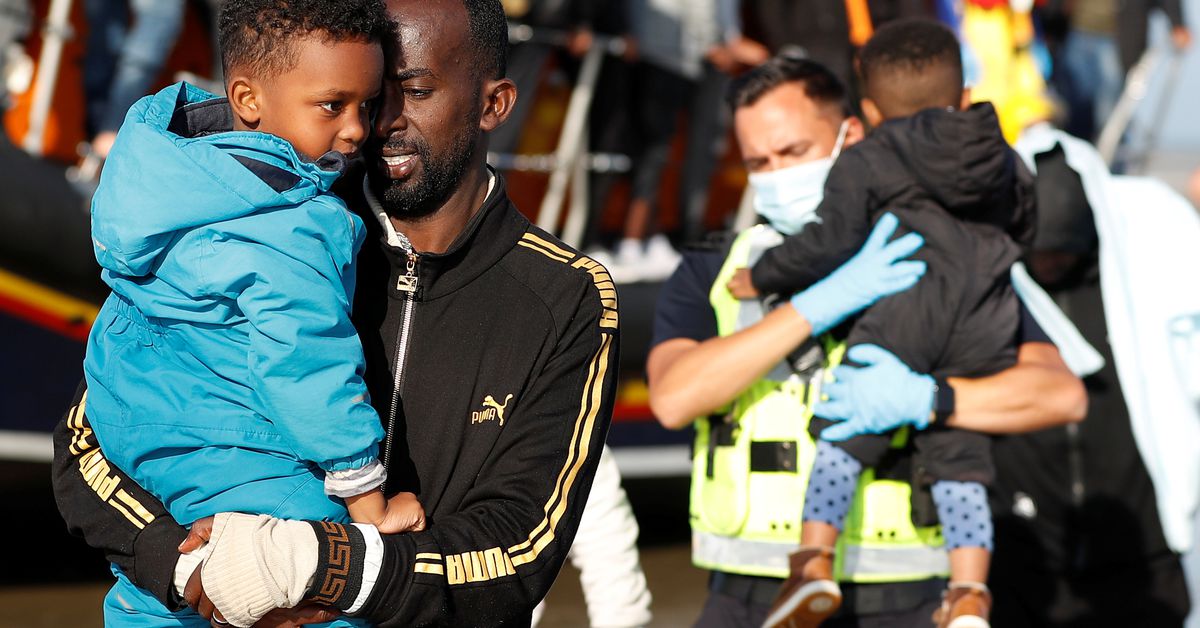 DUNGENESS, England, September 7 (Reuters) – Two young children were among dozens of migrants rescued in the English Channel on Tuesday after a summer that saw a record number of attempts to make the dangerous journey from France.

This year, hundreds of boats carrying migrants have attempted the dangerous crossing from France to England, often in small rubber dinghies that run into trouble in one of the world’s busiest shipping lanes. Read more

In one day in August, at least 482 migrants crossed the English Channel by boat, a record daily number. Read more

Reuters witnesses saw two boats arrive at the Cape of Dungeness in Kent, southeast England, on Tuesday, one of France’s closest points to Britain. On one, two men were each accompanied by a young child.

The migrants were ferried by Royal National Lifeboat Institution ships to a shingle beach on a clear day, where they were met by police and Border Force officers who helped carry the children ashore.

In July, the RNLI received a wave of donations in a show of public support after some volunteers were mistreated during rescues.

Reporting by Will Russell and Peter Nicholls, editing by Mark Porter