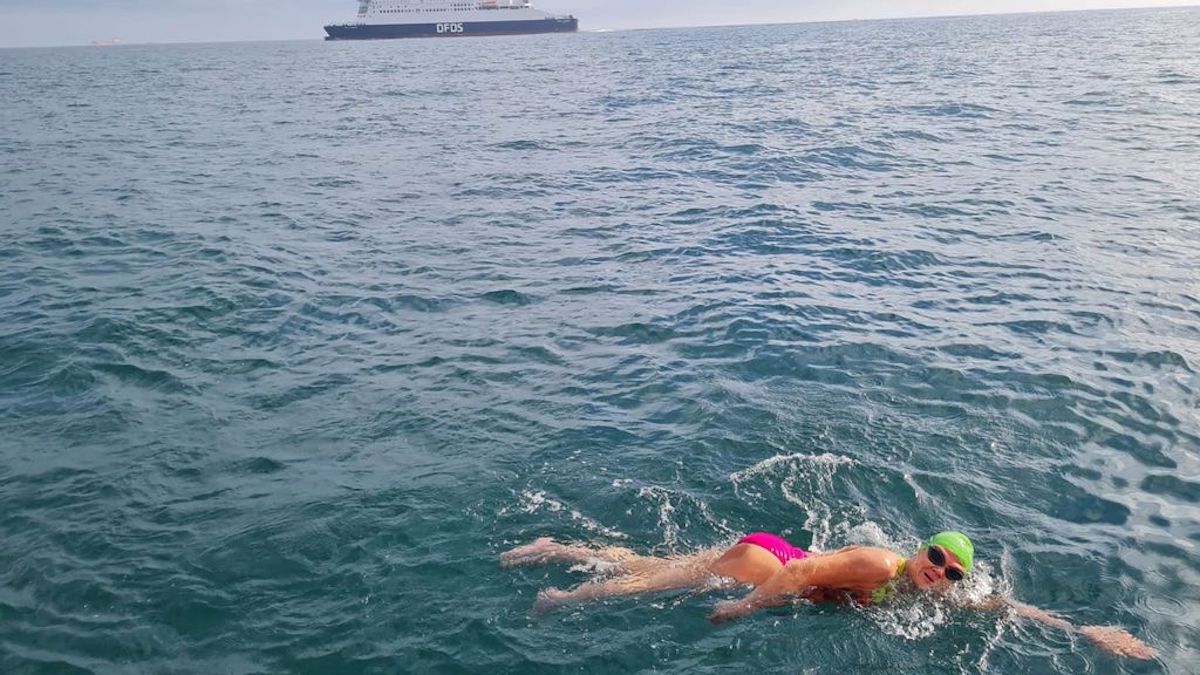 A woman has become the first person with a complete spinal cord injury to swim in the English Channel – without a wetsuit.

After being knocked off her bike and paralyzed from the waist down, Paula Craig MBE marked the 21st anniversary of her accident by swimming the impressive stretch as part of a relay team.

Each individual swam for an hour in rotation until they arrived in France, with Craig taking two hours of swimming.

The former police officer and marathon runner from the coastal town of Fishguard, Wales, took up the challenge to raise money for Aspire, a national spinal injury charity that has supported her since the accident.

Arriving in France, Craig said: “I am exhausted but relieved and excited that we have arrived in France.

“The rest of the team were amazing, supporting me throughout and helping me get back on the boat after my swims.

“I support Aspire whenever I can because charity is the reason I am where I am today, in terms of physical and mental well-being.”

She added: “Their support since I was paralyzed by a spinal cord injury has included providing accessible accommodation after I was discharged from hospital which has allowed me to return to work in the year after my accident.

“Their fully inclusive facilities at the Aspire Leisure Center allowed me to return to sport and, therefore, to start living a full life again.”

Paul Parrish, Aspire’s Fundraising and Marketing Manager and one of the team members, said: “Paula was our sixth swimmer and was very happy to ride from the back of the boat in the troubled Water.

“She has a T12 complete spinal fracture so her legs have to drag through the water, but she somehow manages to use her core strength to prevent this and is able to swim over many long distances without them sinking.

“It’s remarkable, but it’s always her bravery that stands out; she’s unable to tread water or get out of the Channel quickly.

“She has to rely on her team, and we had come up with a system to get her back on the boat safely using a backboard.

“It wasn’t easy for her, but the system worked and we were able to make skillful swimmer changes.”

But the impressive woman refused to let her injury defeat her. She was the first woman to complete the London Wheelchair Marathon as a wheelchair racer and athlete in 2002, less than a year after her accident.

Since then, she has competed as a wheelchair triathlete at the international level.

Craig achieved these remarkable accomplishments while continuing to work as a police officer for the Met, being promoted to Detective Inspector and working in the Murder Squad, Internal Affairs and Counter-Terrorism.

In 2005, she even received an MBE for services to the police in the New Year’s Honor List.

Brian Carlin, CEO of Aspire, said, “Paula Craig MBE has been a fantastic ambassador for Aspire for many years, speaking at schools and at our sports quiz dinners and raising funds by taking on challenges such as as the London Marathon and swimming in the Solent.

“We are extremely grateful for all she has done to support Aspire over the past 20 years and the £23,000 [$27,700] that she has raised through her Swim relay channel will allow us to support others who have been crippled by spinal cord injury.”

Produced in collaboration with SWNS.

This story was provided to Newsweek by Zenger News.