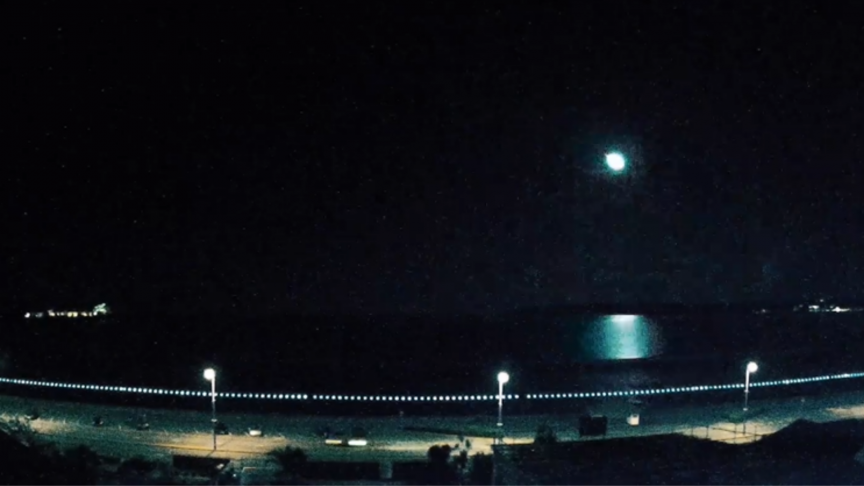 Watch a bright meteor flash over the English Channel

A meteor was spotted in the night sky for seconds over the English Channel on Sunday, The BBC reported. It was captured by a camera set up by a charity that provides air rescue operations in the Channel Islands region and shared on their Facebook page.

Jim Rowe of the UK Fireball Alliance estimated the meteor was probably the size of a handful of rocks, speaking to the BBC. He also said it was probably a piece of asteroid or comet that entered the atmosphere at “a fairly high speed and at a fairly low angle”. And the meteor probably exploded once “the pressure of the atmosphere became too strong”.

Meteors are small celestial objects that enter the Earth’s atmosphere at high speed and begin to burn due to aerodynamic heating. In most cases, meteors die out during this process, but those that survive the journey and end up on the Earth’s surface are called meteorites. Often meteorites are collected because of their non-terrestrial origins, but they are more important from a scientific perspective because they provide a window into the origins of the solar system.

In July this year, a larger meteor streaked across the Norwegian sky at night and sent shock waves that shattered windows. But most meteors are not noisy. They often burn up in the atmosphere without notice. Estimates suggest that the planet receives approximately 17 meteors every daymost falling in uninhabited areas.

It is because of the uniqueness of the cameras that more meteors are now being spotted. The same meteor was spotted by a shipping company across the Channel in Southampton, who also shared its catch on YouTube.

Over the years, sky scanning has become an area of ​​interest for amateurs who install cameras capturing images of the sky and reporting sightings to meteor-watching bodies.

While these smaller meteors might be harmless, the larger meteoroids could definitely spell the end of human civilization, just like they did for the dinosaurs millions of years ago. NASA plans to scan the sky for potentially devastating objects using its Near-Earth Object Surveyor Telescope (NEO). Currently under development, the asteroid observation telescope is expected to launch in 2026.