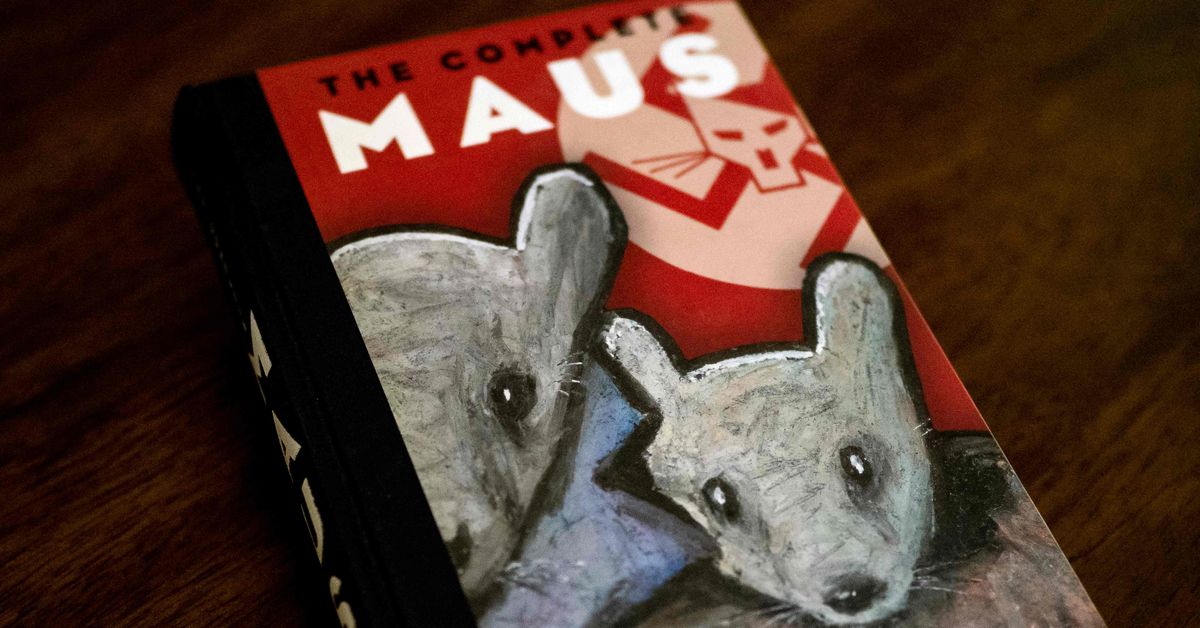 Want to ban a book? Assign it to English class.

As I write, Virginia’s recently inaugurated Republican governor is engaged in a Twitter war with a talkative high school student.

It’s like something out of “Curb Your Enthusiasm,” a TV program that Moms for Liberty would surely ban if it could. Never mind that it all started because the kid published an inaccurate article about Governor Glenn Youngkin shutting down an educational slavery exhibit — which he didn’t.

However, any time you have a public argument with someone 17, you’re in trouble. Youngkin blamed overzealous staff members for “an unauthorized tweet” taunting young Ethan Lynne for appearing in a photo with “a man who had a blackface/KKK photo in his yearbook”.

It would be Youngkin’s immediate predecessor, former Gov. Ralph Northam, who once apologized for the blackface photo but now says it wasn’t him. So it’s a comedy of errors all around.

My own policy is to avoid Twitter altogether. Facebook is dangerous enough. Besides, I don’t run for anything. Not ever once, as a backcountry friend likes to say. And if I ever declared my candidacy, my wife would ask for legal guardianship and would graze me.

Even so, the Youngkin episode had almost everything: fake racial controversy, inaccurate (and subsequently retracted) reporting, and hotheads going off half-armed all around.

Maybe Moms for Liberty should ban the lot. In case you didn’t know, the Moms are a “grassroots” Florida organization dedicated to transforming America’s public schools into fundamentalist Christian academies. Or get rid of it altogether, which may be the ultimate goal.

Karens for Christ might be a more accurate nickname.

Where I live in Arkansas, people like them are on the rise. Newspapers are filled with stories of sexual abuse and child pornography anyway. A prominent holy man was recently convicted in federal court. These are not practices that people learn in school.

Consider, as an example, the recent case of the McMinn County School Board in Tennessee, which removed the graphic novel “Maus” from the eighth grade curriculum. Pulitzer Prize-winning author Art Spiegelman tells the story of his parents, who survived the Holocaust. The school board voted unanimously to withdraw the book “due to its unnecessary use of profanity and nudity and its depiction of violence and suicide.”

Almost needless to say, this absurd decision succeeded in propelling “Maus” to the top of bestseller lists and enticing many thousands, if not millions, of young readers to seek it out. Like Orwell’s “Animal Farm,” the book’s power lies precisely in its use of a children’s fable to teach a harrowing lesson. Once read, “Maus” will never be forgotten.

It follows that the sheer futility of book banning in the United States today almost cannot be overstated. Nor is it an entirely right-wing phenomenon. As Nashville-based writer Margaret Renkl points out in her New York Times column: most challenged from the American Library Association” for racial slurs and their negative effect on students, featuring a “white savior” character, and his perception of the black experience.

Plus, while little cherubs aren’t listening to their teacher talk about Harper Lee, “1984,” or some equally inscrutable text, what they’re listening to on their iPhones is Cardi B’s “WAP,” a rude song about a swagger the bitch’s use of her… well, there’s no polite word, and clinical terms have become dirtier than those that can’t be printed. That thing that Trump was bragging about grabbing.

My argument is simple: the culture war is over and your side has lost. Mine too. You see, there’s this thing called the Internet, and it’s changed everything about what kids learn and how they learn – except how school boards and old fools like you and me talk about it. Besides, there’s probably nothing that makes a once incendiary book as harmless as it needs to be in a high school English or history class.

Make me an education czar, and students won’t be allowed to bring their goddamn phones to school at all – the contemporary equivalent of Hans Brinker sticking his finger in the levee to stave off a tsunami.

And if you recognize this allusion, you are also an old pedant.

Arkansas Times columnist Gene Lyons is a National Magazine Award winner and co-author of “The Hunting of the President.”

2022-02-10
Previous Post: French coast guard rescues 36 migrants in the English Channel
Next Post: An afternoon of board games in English