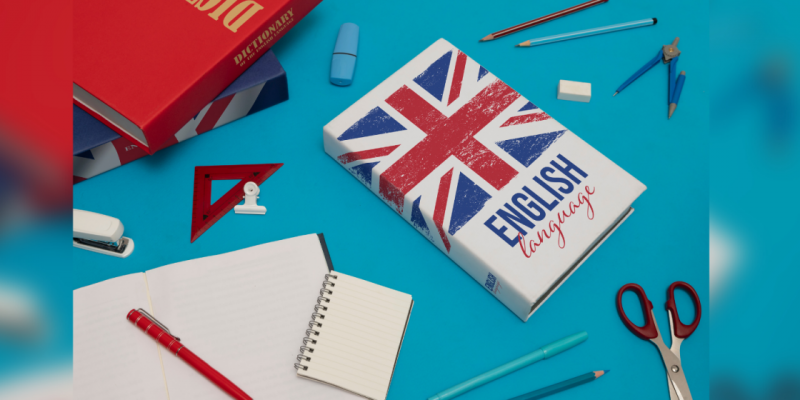 Akshya Saxena Vernacular English: Reading English in Postcolonial India begins with a bang, and the shocking announcement in the opening sentence that during the 2010s “two English speakers transformed the political landscape of India. In turn, they also transformed the meanings of the English language. These personalities are Narendra Modi, the fourteenth and current Indian Prime Minister, and Rohith Vemula, a Dalit (formerly “untouchable”) doctor. scholar who committed suicide” (page no: xiii).

This opening salvo promises that the book will take a very different view of the history of English in India: it will transport us from an English that is “a language to bear…a symbol to invoke…a mark” (xiv-xv), to that which is a “means of reaching a world beyond this one” (xvii).

Saxena hears “vernacular English” as a contradiction. English in India is generally considered the opposite of a vernacular, which is a term often used to refer to local languages. But that’s far from the whole story, as English is also ubiquitous and part of the lived experience even of Indians who barely speak or understand it.

Saxena strives through the introduction to convey what for her is a strange and paradoxical view of English being both a distant vestige of colonial rulers and something not only accessible to the general public, in its own way, but even useful because of its strangeness to express the chaotic world of modern India.

But is it really a contradiction?

India has a strong tradition of elite living in a language that is off-limits to what I often call “little people” – those who remain in worlds circumscribed by the boundaries of older local languages. In Mughal times and earlier, during the Delhi Sultanate era, rulers and elites spoke in Persian, from which words flowed, name by name, to adorn Indian vernaculars. And in Vedic times, the elite, who made up the Rig Veda, lived their lives in Sanskrit, while the common people simply had to continue speaking their old languages, adding new words from time to time.

In fact, this book fell into my hands exactly when I was watching how Sanskrit quickly sprouted vernaculars, prakritswhich were close to Sanskrit in their grammar although they were spoken with strong local accents and had quirky features that set them apart from the language of the Vedic Brahmins.

And during European colonial expansion in Africa and Asia, something very similar happened again: early contact between European explorers and locals did not produce pidgins or creoles, but reasonable approximations of the languages ​​of the explorers – the prakrits – by a new emerging group, local interpreters and the hybrid. children of explorers and local women.

Linguists call these first approximations varieties European languages. These are the “vernacular” forms of English that Saxena is talking about here. From the outset, these local varieties of English did not belong to the English who came to settle, but to “us”, the colonials. What Vernacular English explore is the slow fusion between the socially distant world of the Browns sahabs and their prakrits and that of the little people who live on the other side of the great chasm.

Through the introduction and the first chapter, titled “Law”, I saw Saxena come and go, simultaneously claiming English as part of the lived experience of ordinary Indians while acknowledging that English in India was elitist and exclusive. Where was she standing? I was wondering. For a brief moment, I doubted her, as she spoke of Hindi and Urdu as “effectively invented – standardized as languages ​​– at Fort William College under British colonialism in the early 19th century. century” (33).

No. No new form of linguistic life has been created in a Frankenstein laboratory by extraterrestrials. The Hindi that came out of this effort was just a dressed up version of something that already existed. An overzealous colonial government wanted to erase the traces of their predecessors, the Mughals, in the Hindi/Urdu vocabulary, and proceeded to replace the Persian vocabulary with tatsama words straight out of Sanskrit. It took me a while, as Saxena ran through the familiar timeline of how English became “entrenched as the language of the Indian elite and the Indian state” (41), and “the ‘layered anxiety around English’ (40) in Isaac Mathai’s 1960 book India requires Englishto grasp that she was trying to cling to disparate threads of truth to describe a postcolonial, many-headed beast.

Vernacular English shines brightest when Saxena slows down to discuss books, like Srilal Sukla’s Raag Darbariwhich focuses on ordinary people’s confusion with the English-speaking Indian state, and that of Upamanyu Chatterjee English, August on “the confusion and irresponsibility of an upper-class, upper-caste male protagonist”(55) when sent to the hinterland as a representative of the Indian state.

There are also the extremely disturbing protest novels of Northeastern writers, full of “sound and muffling, silence, gunshots, shouts and folksongs” where many works “have absolutely no no verbal dialogues or reported speeches, often because the characters no longer exist” (141). ‘Nightmare’ by Yumlebam Ibomcha (1990), with its ‘overwhelming crescendo of silence'(141).

Temsula Ao’s The last song, of an Apenyo girl singing to the death, staring her soldier-rapist straight in the eye. And Mahasweta Devi Draupadiabout a santhal woman whose husband is killed by the indian army, and herself raped and brutalized as part of a crackdown on what they assume is naxal activity, mocking her captors, n no longer ashamed of his nudity.

These novels take us inside the minds of those who are confused, even traumatized, by the Indian state. What’s interesting is how Saxena always finds a connection between each question and English as a vernacular, finding new roles to express new local sufferings. Sometimes I feel like she’s too eager to see all the developments in a positive light, whereas in The white tiger my own gut reaction was not that Balram knew English “too well,” but that he seemed to speak in the voice of a Delhi University student. I didn’t feel the novel grew by the way it was spoken: Adiga had been careless in the way he crafted his character. I couldn’t hear the character but Adiga himself speak, and that killed it for me.

Vernacular English is a book that grows on you the more you read, especially because of the way Saxena spreads her net to attract not just ordinary Indians, but all those beset by a brutal state who need a way to express their pain. Meira Paibis women in Manipur protesting the rape and murder of Thangjam Manorama by the Indian army. Dalit writers choosing to write in English. Young men in a slum in Mumbai, Slumdog Millionaire and Ravine Boy, who want a taste of success, but on their own terms. Tribals “encountered” by the Indian army.

How the very strangeness of English works best to capture their complex reality. How English also connects their struggles to similar struggles in other parts of the world. In this sense, the book itself begins to look like a work of protest and a statement of solidarity with all those in India who have been wronged.

In acknowledgments, Saxena says that this book began life as a doctoral dissertation. It has grown from those early days to now cater to a more general audience, speaking in English that is familiar to all of us in India. While Saxena has tried to revise it and make it a less scholarly book, even bringing a surprising start, sometimes there are still too many mysteries, which is a flaw in a book that should speak to a wider audience. . . This is a book that contains so much good that I have regretted the times when I had to push myself to continue, when it should have flowed easily through the strength of the material in it, and the way she ties it all together eventually to vernacular English.

We put the book down, at the end, with a feeling of piqued curiosity, and a desire to read more, and to follow the writers and stories we have encountered. Vernacular English seems to me, as a linguist, like a long walk on a road parallel to the one I usually take when watching English in India, with new and bright landscapes and different paths, and a sense of how it is feels to be someone who lives like this with English.

Summarizing her journey, she says, “I offer English speaking as an experience of the promised community of English…These counter-discursive meanings of English – what I call vernacular English in this book – become audible in the recognition of the embodied, the affective. , and the material sounds of English speaking… It is a commitment to the belief that the history of English in India and the English-speaking world cannot simply be the history of oppression. (180).

Peggy Mohan is a linguist and author of four books, the most recent being Wanderers, kings, merchants: the history of India through its languages, Gurgaon: Penguin Random House, 2021. She teaches linguistics at Ashoka University.