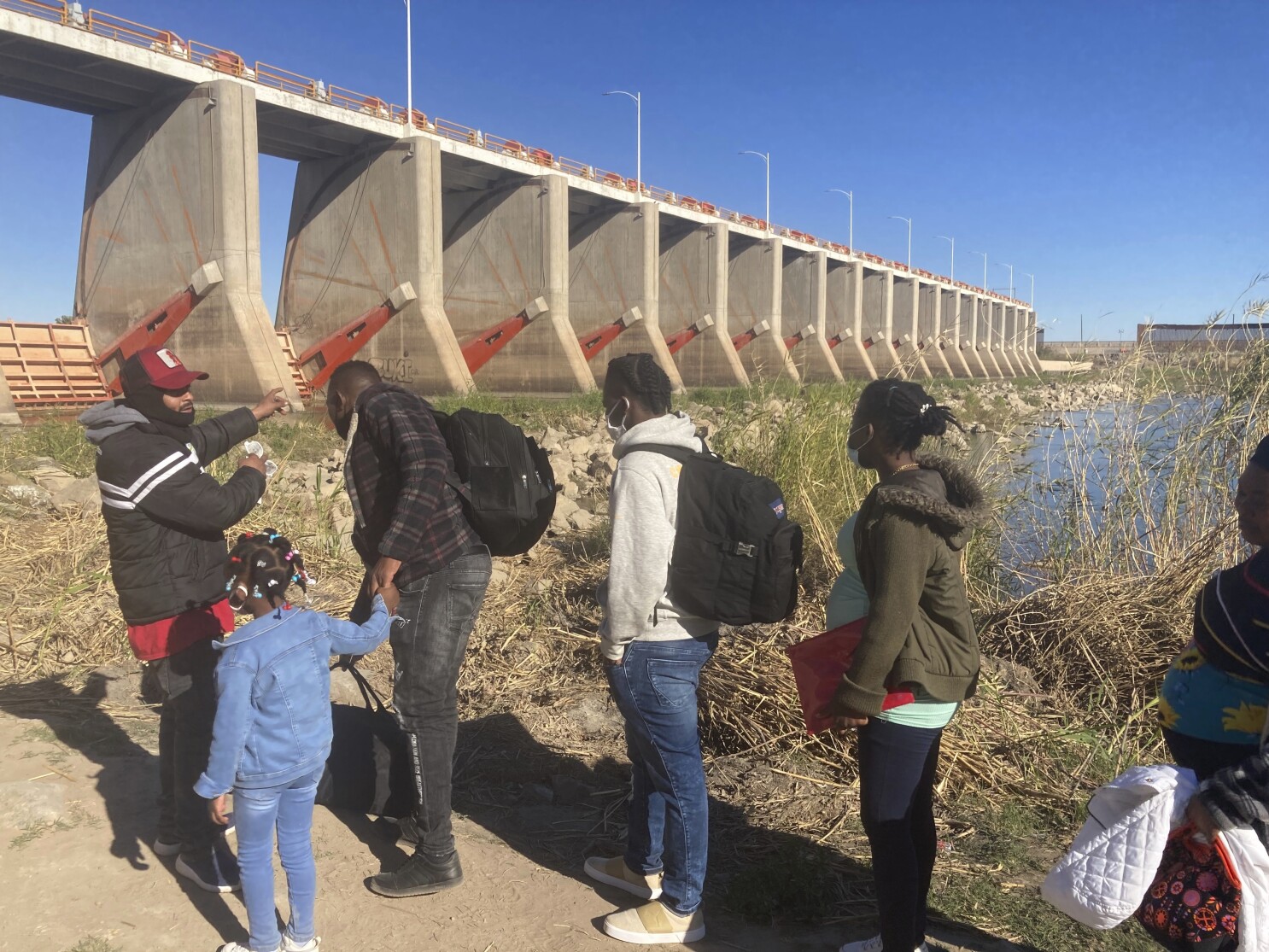 The Biden administration has begun deporting Cubans and Nicaraguans to Mexico under pandemic-related powers to deny migrants a chance to seek asylum, expanding the use of the rule even as it publicly says that she tried to untie it, officials said Wednesday.

The United States has reached an agreement with Mexico to deport up to 100 Cubans and 20 Nicaraguans a day from three locations: San Diego; El Paso, TX; and Rio Grande Valley, Texas, according to a US official with direct knowledge of the effort.

The evictions began on April 27 and will end on May 22, the official told The Associated Press on condition of anonymity because the agreement has not been made public. They are conducted under the authority of Title 42, which was named for a public health law and used to deport migrants on the grounds of preventing the spread of COVID-19. Title 42 is due to expire on May 23.

The United States and Mexico agreed on April 26 to very limited deportations of Cubans and Nicaraguans, according to a senior Mexican official who spoke on condition of anonymity because they were not authorized to comment publicly. This was caused by a higher number of migrants from these two countries coming to the US border.

Another Mexican official, also not authorized to comment publicly, confirmed that up to 100 Cubans and 20 Nicaraguans were being deported from San Diego under Title 42 under a deal that runs until May 22.

The US Department of Homeland Security did not immediately respond to a request for comment.

Until last week, Mexico only agreed to take Guatemalans, Hondurans and Salvadorans – in addition to Mexicans – under the authority of Title 42. Other nationalities are subject to Title 42, but the costs, strained diplomatic relations and other considerations often make it difficult for them to be returned to their home country.

It is almost impossible for the United States to deport migrants to Cuba or Nicaragua due to poor relations with these governments. This has posed an acute challenge to the Biden administration as more people from these countries seek refuge in the United States.

Cubans were stopped by US authorities more than 32,000 times at the Mexican border in March, double the number in February and more than five times the number in October, according to US Customs and Border Protection. Nicaragua eased travel restrictions from Cuba in November, making it easier for Cubans to continue overland to the US border. Most enter the United States at or near Yuma, Arizona and Del Rio, Texas.

Last month, Cuba and the United States took a timid step toward thawing relations and resuming joint efforts to tackle irregular migration during the highest-level talks between the two countries in four years.

There was no major breakthrough, but the mere fact that the United States held substantive talks was a sign that the relationship could improve under President Joe Biden after freezing under his predecessor, Deputy Foreign Minister Carlos Fernandez de Cossio said Friday.

“They seem engaged. They have ratified that they are committed to the agreements in place,” said Fernandez de Cossio. “So we have no reason to be suspicious of what they say, but time will tell.”

Nicaraguans were checked more than 16,000 times in March, more than double the level in September. The vast majority enter South Texas.

The lifting of Title 42 has proved controversial ahead of the midterm elections, even for Biden’s Democratic Party, amid fears that the United States is unprepared for an expected increase in the number of migrants asylum seekers. Authorities arrested migrants more than 221,000 times in March, the highest record in 22 years.

The White House and the Department of Homeland Security publicly supported the Centers for Disease Control and Prevention’s decision to end the measure because it could no longer be justified on grounds of protecting public health.

But the practice of deporting Cubans and Nicaraguans runs counter to the administration’s public statements that it was phasing out the use of pandemic powers to prepare for May 23. The Washington Post reported earlier Wednesday that the United States and Mexico have reached an agreement to do so for Cubans and Nicaraguans.

The United States has deported migrants more than 1.8 million times under the authority of Title 42 since March 2020, nullifying the right to seek asylum under U.S. law and international treaties. In doing so, migrants are not subject to immigration law, which includes the right to seek protection from persecution in their country of origin. (https://www.azcentral.com/story/news/politics/immigration/2022/05/05/us-expands-asylum-limits-preparing-end-them/9663465002/)