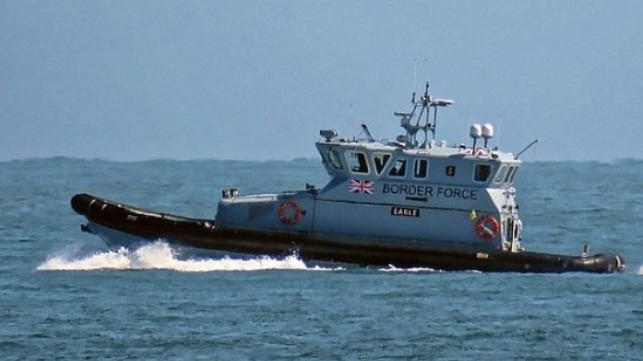 UK to deploy new tactics to push back migrants in Channel


Faced with a continued increase in maritime migration across the English Channel, Britain’s Border Force is now training its officers in new tactics to turn back and send them back to French waters, the Home Office confirmed on Thursday. The training period should end this month and the tactics could be used soon after.

The new procedures will only be used when the circumstances are safe, the Home Office said. The change is a remarkable development, as migrant boats in the busy Channel shipping lanes are often treated as ships in distress and given emergency response services. Under international law, SOLAS requires the master of a vessel to rescue a vessel in distress and deliver all rescued survivors to a “place of safety”, regardless of nationality or status. immigration of the ship’s occupants. Acting UK Attorney General Michael Ellis is expected to publish the legal basis justifying the new policy shortly.

In a diplomatic letter leaked to British media on Thursday, French Interior Minister Gerald Darmanin informed the Home Office that the new tactics could reduce France’s willingness to cooperate with counter-migration.

“Safeguarding lives at sea takes precedence over considerations of nationality, status and migration policy, in strict compliance with international maritime law governing search and rescue at sea,” he wrote. “Regarding the traffic and the conditions of crossing the Channel, France has no other solution than to intervene most often on the basis of the provisions of international law governing search and rescue at sea. The use of maritime pushbacks [pushing migrant vessels back] in French territorial waters would risk having a negative impact on our cooperation.”

For her part, UK Home Secretary Priti Patel stressed on Wednesday that deterring irregular migration was her department’s number one priority. The UK has seen the arrival of more than 14,000 asylum seekers so far this year – a new record – and the influx of non-citizens is controversial in Britain.

The tactics have been in the works for some time. In September 2020, British officials involved in the effort began testing a “Channel ‘blockade’ tactic on the median line between French and British waters, similar to Australia’s ‘turn back’ tactic, whereby migrant boats would be physically impeded (most likely by one or more British RHIBs [rigid hull inflatable boats] to enter UK waters,” according to documents obtained by The Guardian. The UK Home Office‘s Clandestine Canals Threat Commander Dan O’Mahoney told the media last year that his department was also considering the use of netting to foul the propellers of migrant boats .


2021-09-09
Previous Post: Crosslake Fiber chooses Ciena for its CrossChannel submarine network across the English Channel
Next Post: The body of a man found in the English Channel by the coastguards during the launch of the investigation