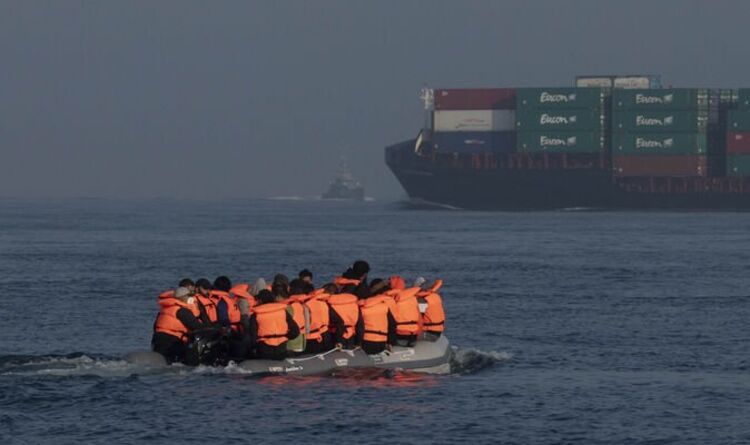 The Home Office and the Ministry of Defense are considering how they can use the “full range” of government capabilities to intercept crossing points. Last year, more than 28,300 people made the trip with a record 1,185 Remembrance Day arrivals.

The dangers of the crossing and the vulnerability of migrants were laid bare on November 24 when at least 27 people died in the sinking of their boat. It was reported that of around 6,000 people who crossed the English Channel in small boats between January and June last year, 4,075 suffered from hypothermia.

Tom Pursglove, the Minister for Justice and the fight against illegal immigration, admitted that an increase in the number is expected in the coming months.

He said: “We expect to see more and more attempts by criminal gangs to facilitate these dangerous and unnecessary Channel crossings as weather and sea conditions improve. We focus on prevention, and our continued support to the French government includes additional police patrols, improved detection technology and enhanced border security infrastructure on the French side.

“And at home, we are overhauling our broken asylum system to ensure smugglers cannot profit from this despicable trade. We are exploring with MoD partners how we can best utilize the full range from [the Government’s] capabilities to intercept and manage those crossing the Channel more efficiently, safely and securely.

Refugee Action’s Tim Naor Hilton pushed for a different approach, saying: “Smugglers exist because the small proportion of refugees who want to seek asylum in the UK have no other choice to get here. Ministers could kill the business model of these criminal gangs if they stop focusing unnecessarily on difficult borders and instead create more avenues for people to seek refuge here.

Stephen Kinnock, Labour’s shadow immigration minister, said Home Secretary Priti Patel had “completely failed to get the small boat crisis under control”, adding: “We don’t even know who is in charge – the Ministry of the Interior or the Ministry of Defence. With the number of crossings expected to increase further in the spring, time is running out for the government to pull itself together.

“A Labor government would improve joint security and cooperation operations with France to crack down on traffickers who sacrifice lives for profit.”

Mr Kinnock said Labor would prioritize negotiating a successor to the pre-Brexit ‘Dublin III’ deal. This has allowed the UK to return some asylum seekers to EU member states regardless of claims, while providing a legal pathway to reunite separated family members in Britain.