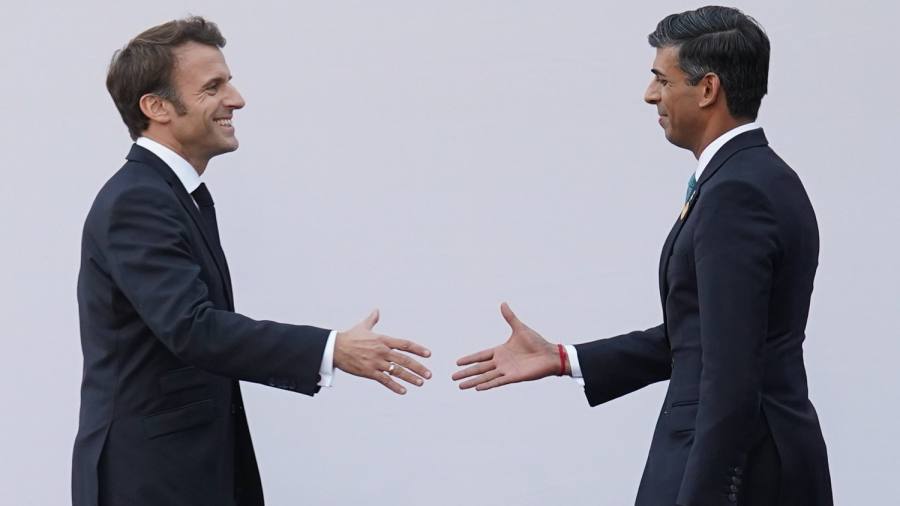 The UK and France are in the “final stage” of reaching an agreement to solve the problem of small boats crossing the English Channel, Rishi Sunak said on Monday.

So far, nearly 40,000 people have crossed the Channel in 2022, up from 28,526 last year. The management of the level crossings and their impact on the UK immigration system has resulted in significant domestic pressure for the last three prime ministers.

Sunak, who first met French President Emmanuel Macron at COP27 Summit in Egypt, struck an optimistic tone about tackling increased boat crossings and suggested a deal could soon be reached between the two countries.

After Sunak’s meeting with Macron, Downing Street said: “An agreement [on tackling cross-channel migration] is being discussed and I think it is in its final stages.

Speaking to reporters, the British Prime Minister said: ‘You will hear more details about this in the coming weeks as these conversations take place between all of our teams.

He added that he left the meeting “with renewed confidence and optimism that by working with our European partners we can make a difference, meet this challenge of illegal migration and stop people from entering illegally.”

But Sunak warned that illegal migration is a “complex problem and one simple solution is not going to solve it overnight”. Officials in London have argued that British immigration officers should work alongside their French counterparts to patrol the border, but Paris has resisted such moves.

Any agreement between Sunak and Macron is likely to include a significant increase in payment by the UK; a Whitehall official said ‘these things are not free’.

The Elysee Palace said the two leaders discussed a wide range of topics, including climate change, aid to help Ukraine through the winter and specific Franco-British issues, such as cooperation on nuclear energy.

French energy group EDF is working on a plan to build a new nuclear power station at the Sizewell site in Suffolk, eastern England, but details of funding and timing have yet to be decided.

Regarding the end of illegal immigration across the Channel, the Elysée did not specify whether progress on a new annual security pact had been made. It only specifies that “the two leaders have agreed to stay in contact to advance coordination between the two countries in the face of the challenge of illegal immigration”.

The two countries have an annual security pact that governs the border they share; talks about its renewal have been underway for months. Under the 2021 deal, the UK sent around €60 million to France in return for specific policing and control measures.

Analysts have speculated that the UK may agree to spend more on the pact in the future in return for stronger patrols on the French side to reduce the number of people seeking to cross in small boats. A French official declined to comment on the possibility, saying only that talks were “going well”.

Meanwhile, UK Business Secretary Grant Shapps warned that the situation at a immigration processing center in Manston, Kent, may break the law.

“What I saw was a situation where a center that was set up to be a treatment center – now it’s at Manston Airport in Kent – was flipped over to being a detention center not official,” he told the BBC.