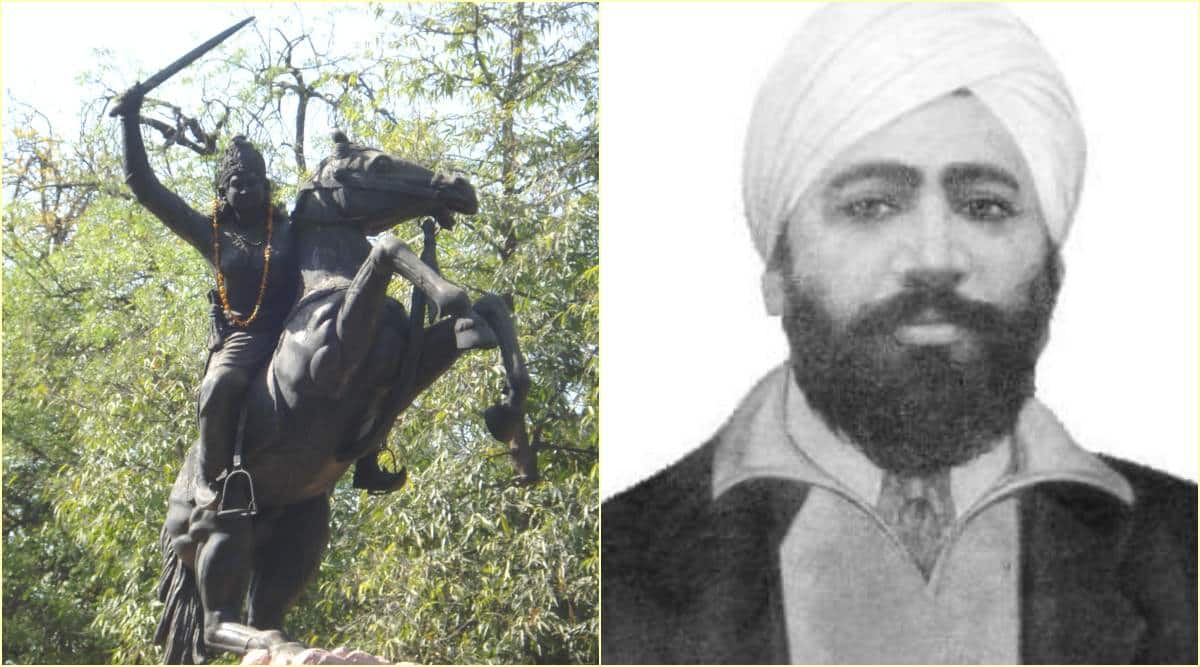 “Did you know that Udham Singhji had been married to an English woman for over a decade? When he went to Caxton Hall in London to assassinate Michael O’Dwyer, the pass was in his wife’s name. An Indian wouldn’t have been allowed in, see. He never told his wife about his real maksad (goal). It wasn’t until he was imprisoned after the murder and she came to meet him that he told her everything. For him, his duty to India was above all obligations,” Karnail Singh Kamboj, 63, said over the phone.

Freedom fighter Udham Singh’s parents and brother had died when he was a child. He left no children. According to Kamboj, his ancestors had the same gotra and khaandan (extended family) as Udham.

On August 8, Kamboj was in New Delhi to attend a seminar organized by Delhi University’s Department of Commerce and the Social Studies Foundation. The seminar, to mark 75 years of Indian independence, focused on the role of oppressed castes in the struggle for freedom and invited descendants of some of these freedom fighters.

Attendees, besides Kamboj, included Swati Kumar, the granddaughter of former Defense Minister Jagjivan Ram, Tulsi Ram, the fifth-generation descendant of Gangu Baba, who participated in the 1857 revolt, and Meena Devi , granddaughter of Nandlal Kangra, who fought in the Azad Hind Fauj.

At the seminar, speakers argued that if one started naming the freedom fighters one remembers, very few names of Dalits would be mentioned. While any mass movement in India must have meaningful participation from lower castes, history has been cavalier with them, not giving them the space they deserve.

Professor Yogesh Singh, Vice Chancellor of Delhi University, gave the example of Jhalkari Bai, who dressed up as Rani Lakshmi Bai and came out with a small troop to fight the British, giving the real Rani the time to break out of Jhansi Fort into battle. of 1857. “In immortalizing Rani Laxmi Bai, some credit goes to Subhadra Kumari Chauhan, who wrote the poem ‘Khub ladi mardaani woh toh Jhansi waali rani thi (bravely fought the virile queen of Jhansi)’. Jhalkari Bai, and others from oppressed castes have found no such champions,” Singh said.

Thus, few people know of Tulsi Ram’s ancestor, Gangu Baba, who fought alongside Nana Saheb Peshwa II in Kanpur in 1857. Tulsi Ram, who still lives near Kanpur, was hesitant to speak on stage and so Brijesh, an activist who brought him to Delhi spoke for him.

“Gangu Baba was from the Valmiki community and was a trained wrestler. Impressed by him, Nana Saheb appointed him as a security guard. During the 1857 revolution, Gangu Baba killed 150 goras (whites),” Brijesh recounted. “At that time, the British declared a prize money of Rs 50,000 on him. He was eventually caught and hanged at Chunniganj of Kanpur.

Today, Tulsi Ram and her family live on the outskirts of Kanpur. He retired as a municipal cleaning staff. His son Pawan Balmiki, 25, told The Indian Express that they had never received any help from the government. “On June 5 every year, Gangu Baba is honored in Chunniganj. When we go there, we are respected a lot. It feels good. Other than that, we received no help. My two sisters are graduates but don’t have a job. My three brothers and I do whatever work we find,” Pawan said. What does he think of his illustrious ancestor? “I heard that he was an expert in the wielding of the bhala (spear). It’s quite impressive.

In contrast, Swati Kumar’s family is much more famous. Her grandfather, freedom fighter, Babu Jagjivan Ram, had a long political career and her mother, Meira Kumar, is a diplomat, politician and former president of the Lok Sabha.

Speaking to The Indian Express, Swati said millions of Dalits have participated in the freedom struggle but even 10 of them are not known. “The struggle of the Dalits is remarkable in more ways than one. They were fighting for a society that had never accepted them as equals. They were fighting for a freedom where they would still be oppressed. And unlike my grandfather, those millions fought and died in obscurity.

Swati said that in the 75th year of independence, it is high time that the unsung heroes were given due recognition. “Among the women, too, we know the names of a handful. But so many women were weaving khadi, singing Independence songs and keeping the flame of the struggle burning. In my own family, when my grandfather went in prison, it was my grandmother who kept the spirits up and the courage alive. This kind of silent and constant bravery needs to be celebrated much more,” she said.

One of the co-organizers of the seminar was Dr. Aditi Narayani Paswan, assistant professor at Maitreyi College. She said the need for the seminar was felt because of her own research and teaching experience.

“Even today, Dalits have a limited reach in academia, in the writing and formation of history. As a student and teacher, I have always struggled to find my community represented in my textbooks. In the case of freedom fighters, they are only mentioned in the oral history of the Dalit residents of the area to which they belonged. Oral history is parochial in nature and restricted. We felt that these stories had to be taken out of their narrow confines,” Paswan said.

To trace descendants, Paswan said they searched all government records for these freedom fighters and then sent local activists to their birthplaces. These activists spoke to locals, sifting through facts and folk tales, until they focused on surviving family members.

During the seminar, a small book on the role of “vanchit” (private) in the struggle for freedom was launched. Paswan said plans to release another such edition are underway.

One of the reasons given for the little mention the Dalits find in the freedom struggle is that many favored British rule, which offered them an education in English and more rights than the caste-dominated Hindu society. . However, Dilip Mandal, author and columnist, said it was a narrow view.

“Not just the Dalits, all communities at that time were engaging with the British at different levels. The revolt went hand in hand with negotiations and peace talks. Of course, the British passed pro-Dalit laws and allowed them education. But the impoverishment caused by their policies had the worst impact on the lower castes,” Mandal said.

Mandal said one of the reasons Dalits did not enter the history books was that they did not rise to leadership positions in the freedom movement. “The leading party in the struggle for freedom, the Congress, was dominated by the upper castes. No Dalit has ever risen through the ranks. After Independence, history was written by the upper castes. So, we see a savior attitude towards the Harijans, but we don’t see the recognition of the Harijans as equal participants, as critical ballast in the freedom struggle,” Mandal said.

2022-08-13
Previous Post: Rakshabandhan Day 2 Boxoffice Collection
Next Post: The number of migrants crossing the English Channel in small boats exceeds 19,000 for the year