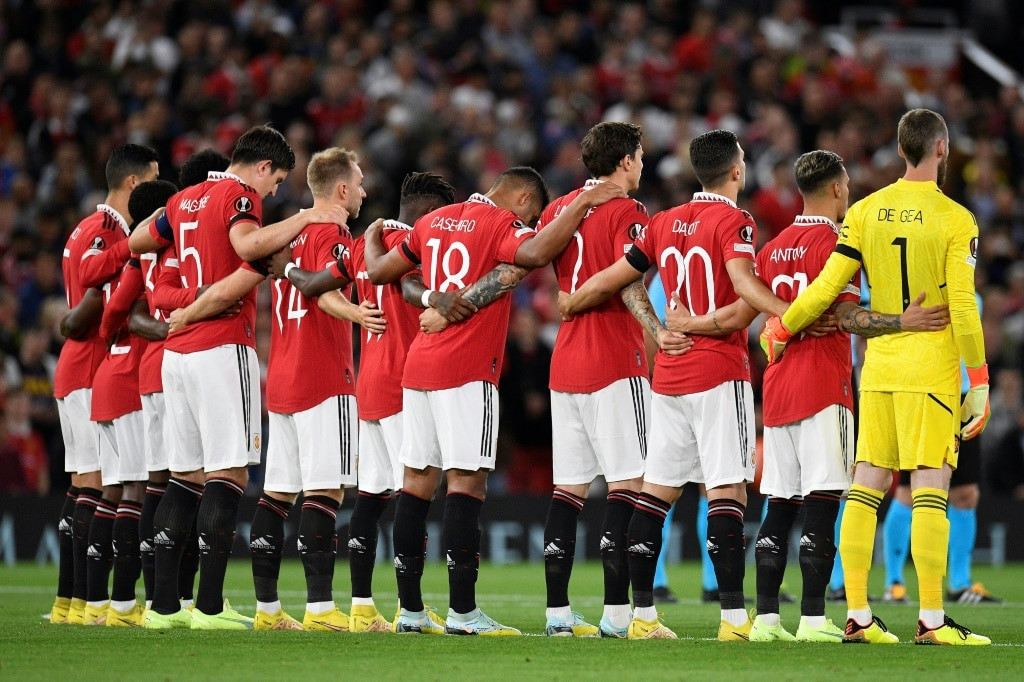 The stoppage of English football slammed

English football chiefs have been criticized for postponing all matches this weekend following the death of Queen Elizabeth II, with the decision described as a “missed opportunity” to pay tribute to the country’s longest-serving monarch.

Following the Queen’s death at the age of 96 on Thursday, the Premier League opted to cancel this weekend’s fixtures in consultation with the UK government.

Football chiefs were told by the Department for Digital, Culture, Media and Sport on Friday that there was no obligation to cancel or postpone sporting fixtures during the period of national mourning.

But the Premier League felt it was the right decision to honor the Queen for her “extraordinary life and contribution to the nation”.

The second-tier Championship, along with Leagues One and Two, followed the Premier League in postponing games for this weekend.

It wasn’t just professional football, as all Saturday and Sunday amateur leagues across the UK, including youth football, were cancelled.

However, the England and Wales Cricket Board kicked off England’s third Test against South Africa on Saturday after play on the first day was halted and the second was postponed due to the Queen’s death.

Horse racing, the sport with which the Queen was most closely associated, also resumed on Sunday with the St Leger, one of the five English Classics and which her horse Dunfermline won in 1977, the star race at Doncaster.

Former Liverpool and England striker Peter Crouch questioned the temporary halt to football, tweeting: “I know this is just one game and some things are much more important but imagine that all of our matches are this weekend.

“Black arm bands, observed silences, the national anthem, a royal band playing etc. in front of millions of people around the world watching? Isn’t that a better send off?”

Manchester United, West Ham and Arsenal had all paid tribute to the Queen by wearing black armbands and observing a minute’s silence during their European matches on Thursday night.

West Ham fans even sang ‘God save the Queen’ throughout their game against FCSB at the London Stadium.

The opportunity for a similar show of respect from the rest of English football was denied by carryovers.

TV personality Piers Morgan, an avowed Arsenal fan, wrote on social media: “Ridiculous decision. Sporting events should go ahead. a) The Queen loved sport and b) It would be great to see/hear Huge crowds sing the national anthem in tribute to Her Majesty, as West Ham fans did beautifully last night.

Former Manchester United and England defender Gary Neville responded, saying: “I agree with Piers. Sport can demonstrate better than anyone the respect the Queen deserves.”

Fans were also frustrated at being denied the chance to pay their respects to the Queen.

A statement from the Football Supporters’ Association said: “We believe football is at its best when it brings people together at times of great national significance – whether those are times of joy or times of grief.

“Our view, which we have shared with the football authorities, is that most supporters would have liked to attend games this weekend and pay their respects to the Queen alongside their fellow supporters.

“Not everyone agrees, so there was no perfect decision for the football authorities, but many fans will think this is a missed opportunity for football to pay its own tributes. “

“It’s a great example of football working in unity. We all absolutely 100 per cent agree that it was the right thing to do to pay tribute,” she said.