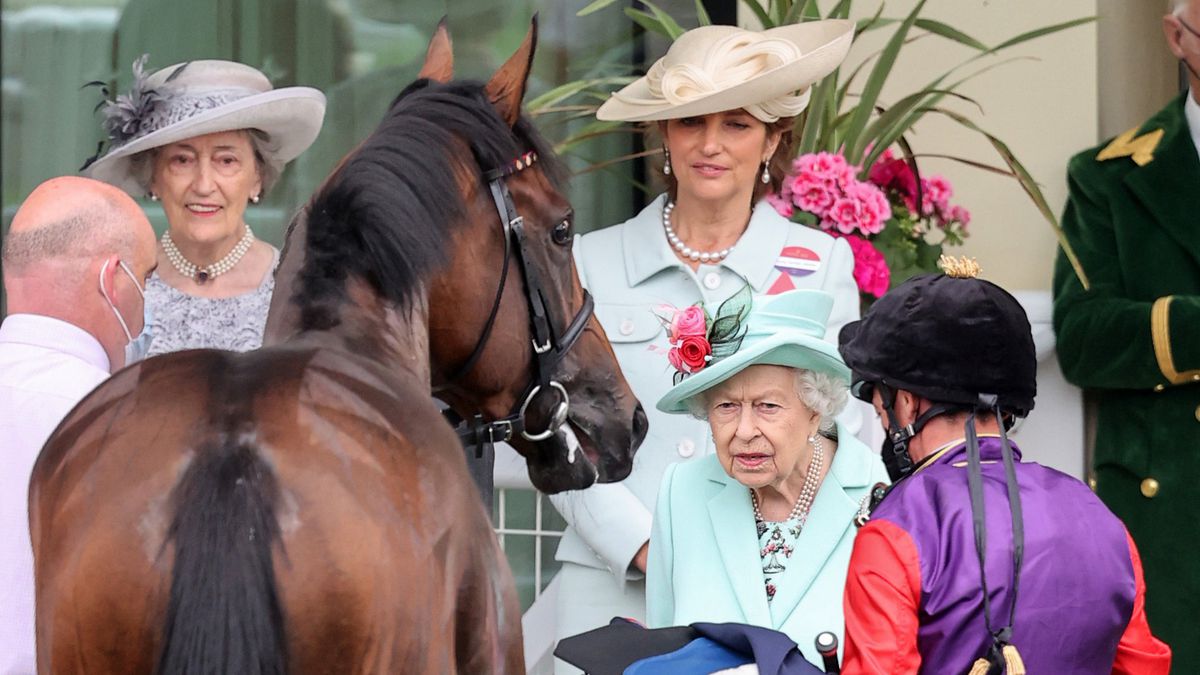 The queen who wanted to be a horse | International

The horses have lost their queen. After the death of Elizabeth II, horse racing would no longer have the same prestige, and an old bond between the Windsors and their subjects was severed. Elizabeth II never said the words of Shakespeare’s Richard III – “my kingdom for a horse”. But when asked as a child what she wanted to be when she grew up, she once said, “I would like to be a horse.”

Elizabeth II received daily press summaries from her secretaries. But she read only one newspaper, which accompanied each of her breakfasts from her youth to her death: the Racing Post, the bible of equestrian sports. As for books, she devours treatises on equine genetics, pedigrees of champion horses and stories of illustrious stables, in addition to romance novels.

The family’s love of horses began with George V, the man who coined the name Windsor in the middle of the Great War because the real family name (Saxe-Coburg und Gotha) sounded too German. George V also founded a royal stable of competition horses. And he chose the uniforms of the riders: a purple vest, red sleeves and a black cap with gold trim.

His second son, George VI, inherited the love of horses. George VI’s wife also loved racing and she loved to gamble, which was illegal at the time. In 1943, at the height of World War II, a man named William Hill entered the scene. He had made his fortune with an illegal betting business on greyhound and horse racing. Hill established a competition stable, where he met Elizabeth, the king’s wife.

Over time gambling became legal and William Hill became the biggest company in the business. After Elizabeth’s widow, William Hill installed a telephone with a direct line to the seat in her private bedroom, allowing the Queen Mother to bet discreetly under a fictitious name.

The future Elizabeth II, daughter of the Queen Mother, has always been passionate about horses. She rode her first pony when she was four years old. After the death of her father, George VI, she not only acceded to the throne, but she also inherited the royal stables. She channeled there all the passions that her profession as queen forced her to hide. She did not care about the exorbitant cost of the hobby: stallions were sold for up to 70 million euros, and the ejaculate of a champion can cost up to 250,000 euros.

“Raising racehorses is like putting a tap in your pocket,” Elizabeth II once said. She wasn’t short on money, but she was smart. Thanks to the sale of her horses and the rental of her champions as stallions, she makes a profit. It is estimated that in 70 years she has earned almost 9 million euros.

The Queen’s first racing adviser was the seventh Earl of Carnarvon, grandson of the discoverer of the tomb of Pharaoh Tutankhamun with Howard Carter. He was succeeded by his son-in-law John Warren. Warren was one of the few people to have a first name with the Queen.

Today, the offices of William Hill, and those of other betting companies, are cold and empty. Almost all business is done online. On Saturday, these premises were deserted. The only race of the day, that of Doncaster, in Yorkshire, had been suspended due to the royal death. But for decades, these smoky, boozy joints united the working class and the royal family, whose queen mother was a high roller, in a particular rite. When “gee-gees” were bet (the term comes from “gee up”, the cry with which the horse is started in the race), it was not uncommon to put the queen’s horse on the ballot. vote, either with large sums or with a symbolic pound in the form of a tribute.

Breeding competition horses is very expensive. Many billionaires got into the hobby because it meant rubbing shoulders with Elizabeth II at racetracks, in her most relaxed moments, when she allowed herself to shout and raise her fist. This incitement ended for American tycoons and Arab sheikhs. Neither Charles III nor his children inherited the taste for crossing stallions and mares. Princess Anne, a great horsewoman, is also unenthusiastic about the breeding cycle of horses.

The late Queen’s favorite pastime is the subject of an equestrian anecdote whose provenance is dubious. Paul Burrell, the Queen’s former butler, attributed the incident to the Sultan of Bahrain. But former French President Jacques Chirac, a man known for his tough jokes, claimed he was the one playing it. He loved to tell the story. Elizabeth II did not like Chirac: on the terrible night of August 31, 1997, when Diane de Galles died, it was difficult to locate the French president because he was in bed with Claudia Cardinale. It seems permissible to attribute the story to him.

The Queen and Chirac were on their way to Buckingham in the royal carriage when one of the horses let out a loud fart.

Elizabeth II, after all, owner of the horses, felt compelled to say something. “I’m sorry,” she whispered. Chirac was quick to respond: “Oh, don’t worry. I thought it was the horse. There was dead silence inside the car.