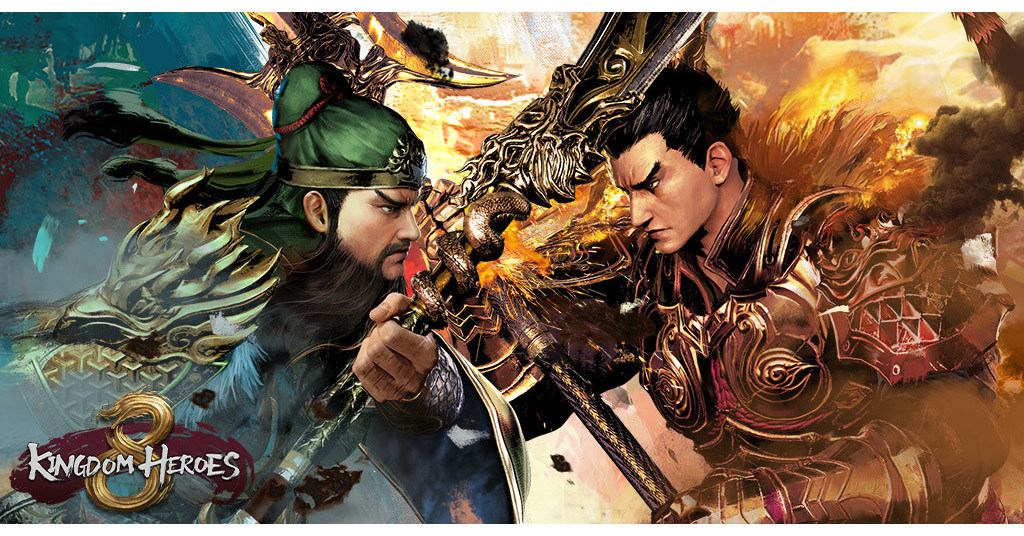 The English version of Kingdom Heroes 8 is coming soon! Iconic features you need to know

Kingdom Heroes 8 follows the classic strategy game method like the previous plays. It greatly improved the visual quality to present a large and sophisticated map while inheriting the horizontal scrolling screen environment.

The extensive map replicates where the story takes place in particular. Not only random events but also new items are added to allow people to fight and explore freely in open environment exploration.

Magnificent army with thousands of men and horses

Players can have fun fighting thousands of people with various special weapons in the battlefield. A dazzling visual can be provided by retaining the horizontal scrolling operation.

Finely controlling multiple generals will be possible in this generation. Generals’ unique skills have also been redone, all well-known generals have their beautiful ascension animation and a unique close-up skill.

The title, equipment, divine weapon, war mount, designation, etc. are in the officer growth system. We simplified the servants and added a minister system. The union of the servants in the previous room to automate the operation, the addition of the Stronghold Ancillary Building system to equip the forces with different attributes and functionalities give enrichments to the game.

The Kingdom Heroes 8 R&D team strives to strike a balance between classic and innovative. We would like to introduce a different coin from the past with the aim of providing our players with a better gaming experience.