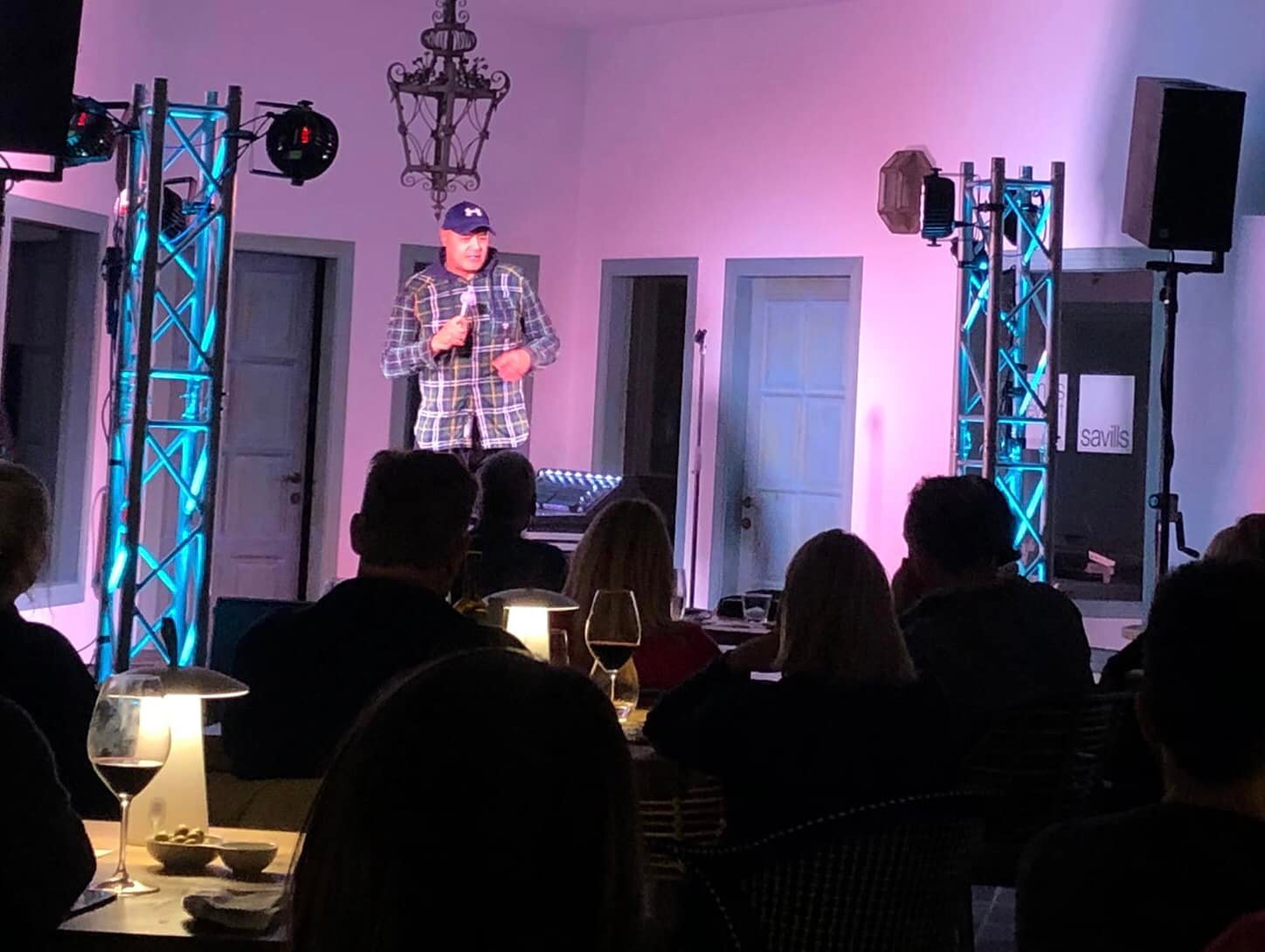 The ENGLISH-speaking stand-up returns to the Costa del Sol in June, again organized by the group Stand-Up Comedy Spain.

Spreading its wings from the home venue of Estepona Louie Louie, the shows will take place in Estepona, Sotogrande and Gibraltar over a period of three days.

First on Wednesday June 8 the show returns to Louie Louie, followed on June 9 by Fresco Marina in Sotogrande, then on Friday June 10 it makes its first stop in Gibraltar at the Ivy Sportsbar.

Each show starts at 8pm and tickets can be purchased at www.eventbrite.co.uk.

On the invoice will be;

In 2019 and 2020 he toured his solo stand-up show, “The Trouble with being Born Romanian”, all over Europe with shows in over 30 cities.

A real double F. . . French & Fabulous! Based in Brixton, South London, Arielle adds color and diversity to the comedy scene. His distinctive style is punchy, direct, accessible and stimulating!

A stand-up comedian for over 20 years, Nik Coppin has performed around the world and developed an international cult following.

At these shows, Nik will be your MC for comedy procedural.

Dan has been making audiences laugh in and around Brighton and the UK for a decade with his well-crafted gags and friendly demeanor.

He has received critical acclaim for his smooth, punchline-rich writing style and confirms that he has no children and 1 cat.

Lucy is relatively new to the comedy scene, but her quirky and effervescent personality captivates audiences and she certainly has a bright future ahead of her.

Thanks for reading “English Stand-Up Comes Back to the Costa del Sol in June” aDon’t forget that all articles produced by Euro Weekly News are accessible free of charge.