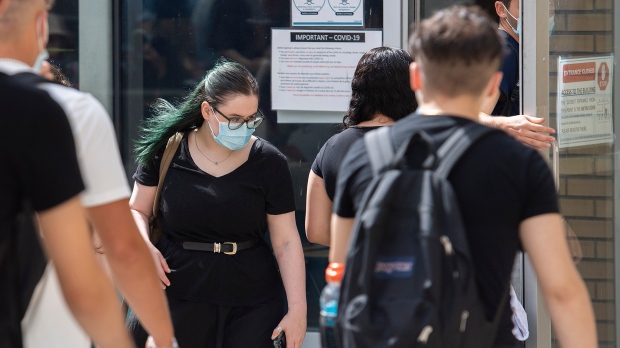 Candidates from various Quebec political parties took part in an English-language debate at Dawson College on Tuesday on topics ranging from climate change to systemic racism to identity politics.

But two parties were notably absent from the discussion: the Coalition avenir Québec (CAQ) and the Parti québécois (PQ).

According to Donal Gill, professor of political science at the junior college (CEGEP), the latter did not even respond to the invitation.

“The CAQ responded and refused to participate. The PQ did not even bother to respond to our invitations,” he said.

Gill said the parties of Francois Legault and Paul St-Pierre Plamondon missed an opportunity to connect with young voters.

“I think it’s really unfortunate. As a professor of political science, I always encourage my students to see avenues for participation in our political system and to get involved, and it’s disheartening to see parties refuse this opportunity.”

For Dawson students like Kiana Lalavi, this decision sends a clear message.

“They don’t want to serve the needs of the Dawson community, which they don’t think is worth their time,” said Lalavi, who is a Dawson Student Union leader.

But their absence is perhaps not so surprising.

Much of the talk around Bill 96, Quebec’s new language law, centered on its effect on English-language CEGEPs.

The PQ was also against the expansion.

“If they can avoid being criticized for their policies regarding Dawson, by Dawson students — well, they’ll probably think it’s time better spent,” Gill said.