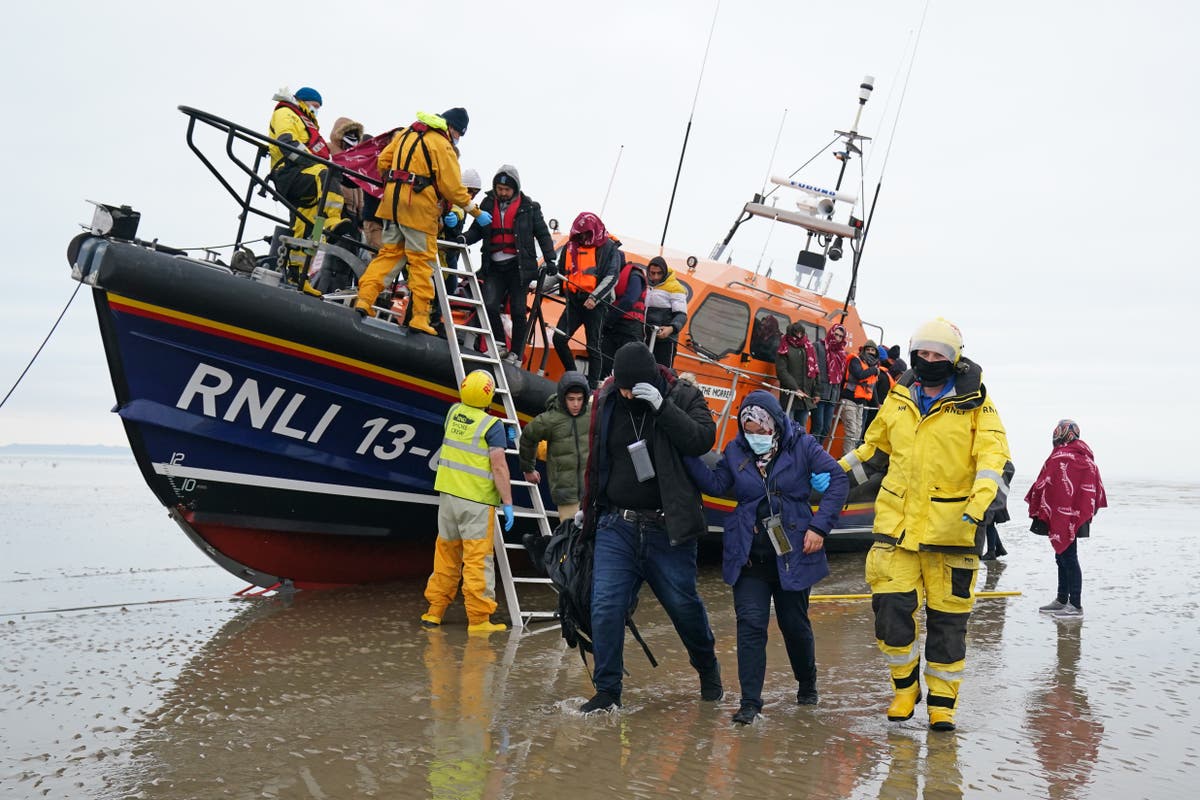 A Sudanese man in his twenties died trying to cross the English Channel in freezing conditions, according to French authorities.

He fell overboard when a boat ran into trouble shortly after leaving the coast south of Boulogne in the early hours of Friday morning.

He was found unconscious by French rescue teams and brought ashore, where he was pronounced dead.

A manslaughter investigation is ongoing.

Thirty people were rescued off Berck-sur-Mer, several of whom were hypothermic.

In British waters, Border Force ships patrol the Kent coast for much of the day.

Around 35 people were seen being escorted ashore in Dover by immigration staff.

The man’s death comes after at least 27 people drowned in the deadliest level crossing on record in November, including pregnant women and children.

So far this year, more than 450 people have crossed the English Channel in small boats.

The Home Office is facing legal action over proposals to turn back small boats at sea, a tactic campaigners say could put lives at risk.

Mike Adamson, chief executive of the British Red Cross, said it was “devastating” that another person had died.

“Our thoughts are with them and their loved ones – who may not even know what happened yet,” he said.

He urged the government to rethink plans to make the UK‘s asylum system harder to access – and called for new safe routes and a commitment to resettle 10,000 people a year.

He criticized governments on both sides of the Channel for their “refusal… to address the needs and rights of those forced to attempt these dangerous journeys”.

He added: “Unless radically changed, the draconian Citizenship and Borders Bill currently before Parliament is expected to make life even harder for asylum seekers while allowing smugglers and other aggressors to continue to take advantage of this completely unacceptable situation.

A Home Office spokesman said: ‘This tragic loss of life in France today is devastating and our hearts go out to the family and loved ones of the victim.

“This is sadly another reminder of the extreme dangers of crossing the English Channel in small boats and the need to work closely with France to stop people making these dangerous crossings.”

“The government’s new plan for immigration will fix the flawed system of welcoming people through safe and legal channels while preventing the crime associated with it.”