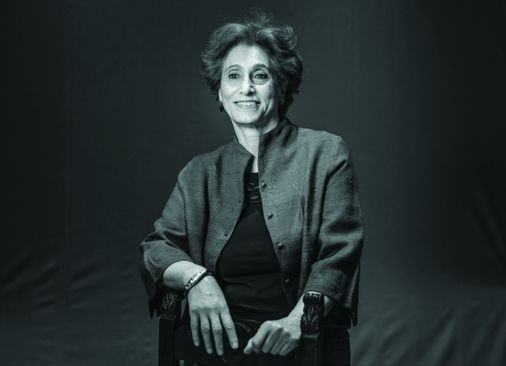 Suad Amiry: Reading in Arabic and English in the West Bank

Suad Amiry still seems surprised that she is a writer, even though she has just published her seventh book, the novel “mothers of strangers.” “I became a writer by accident,” says the architect. She publishes her first book at 50, the memoirs »Sharon and my mother-in-lawabout his life in Ramallah. Amiry, who grew up in Jordan, studied architecture at the American University of Beirut, the University of Michigan and the University of Edinburgh. She moved to Ramallah in 1981, where she still lives.

BOOKS: What did you bring with you to read on your reading tour?

Amiry: I downloaded “We Wrote in Symbols: Love and Lust by Arab Women Writersedited by Selma Dabbagh. It just came out in America. It covers Arab women writers over 2,000 years. Because that’s not what I normally read, it’s very interesting.

BOOKS: How would you describe yourself as a reader?

Get the Big Task

Your guide to staying entertained, from live shows and outdoor entertainment to what’s new in museums, movies, TV, books, restaurants and more.

Amiry: I read a lot in Arabic. I read two books in Arabic for one in English. When I studied in English, I discovered that I was dyslexic in this language, which made me a very slow reader. I had to take a special course.

BOOKS: What kind of books do you like to read?

Amiry: I am very interested in historical books. For example, the last book I re-read is Sinan Antoon’s novel “The Eucharist of Baghdadwhich is about the war in Iraq and how Iraq has changed as a result of the war. I’m always interested to see how novelists approach history. I am also interested in European and American writers. I recently read “normal people.” It was fantastic. I’ve just seen her “Conversations with friends.” The last book I read was by Lucia Berlin”Handbook for Housekeepers.” It was amazing to me.

BOOKS: Who are your favorite Arab writers?

Amiry: My favorite is Hisham Matar, who won the Pulitzer Prize for his memoir »The return.” He is a Libyan architect whose father was kidnapped and imprisoned by the Quadafi regime. It is a very personal story about the loss of a father but also a historical story about the Arab world. What touched me the most was the finesse of his writing. He writes in English.

BOOKS: Are there many Arab writers who write in English now?

Amiry: You now have a younger and much wider range of young Arabs writing in English. For example, Susan Abulhawa in America, who wrote “Against the world without lovewhich is a wonderful novel.

BOOKS: Which Arab writers would you like to be better known in the United States?

Amiry: Hoda Barakat, whose novel “The water bar», really touched me. It’s about the civil war in Lebanon, which I lived through. It is the story of a merchant in love with a Kurdish woman. Through this love story, you learn how a country was destroyed.

Amiry: Two pounds. One is that of Raja Shehadeh”Palestinian walks: forays into a vanishing landscape.” These are his walks in the mountains around Ramallah. He describes this in a beautiful way but you realize how much the colonies devour the landscape. The other is a memoir by the poet Mourid Barghouti, “I saw Ramallah.” He was exiled from Palestine until the Israeli government reached an agreement in 1993 [the Oslo Accords] which allowed him to visit his hometown. He writes about his disappointments with the things he remembered as beautiful in Ramallah. He goes from a romantic vision to the reality of Palestine.

BOOKS: Is it difficult to get books in the West Bank?

Amiry: Until 93, we were forbidden to bring books from outside. Any type of book was confiscated. When I moved to the West Bank in 1981, I had to leave all my books with my mother. Now Israel controls the post. If you have a book sent by regular mail, you may never receive it. Also, most Arabic books are printed in Lebanon, but Israel will not allow any books printed in Lebanon to enter the West Bank. It’s still a problem getting books to the West Bank. I download books for this reason, but I would still like to have the book in my hands. I would like to doodle there, take notes and so on.