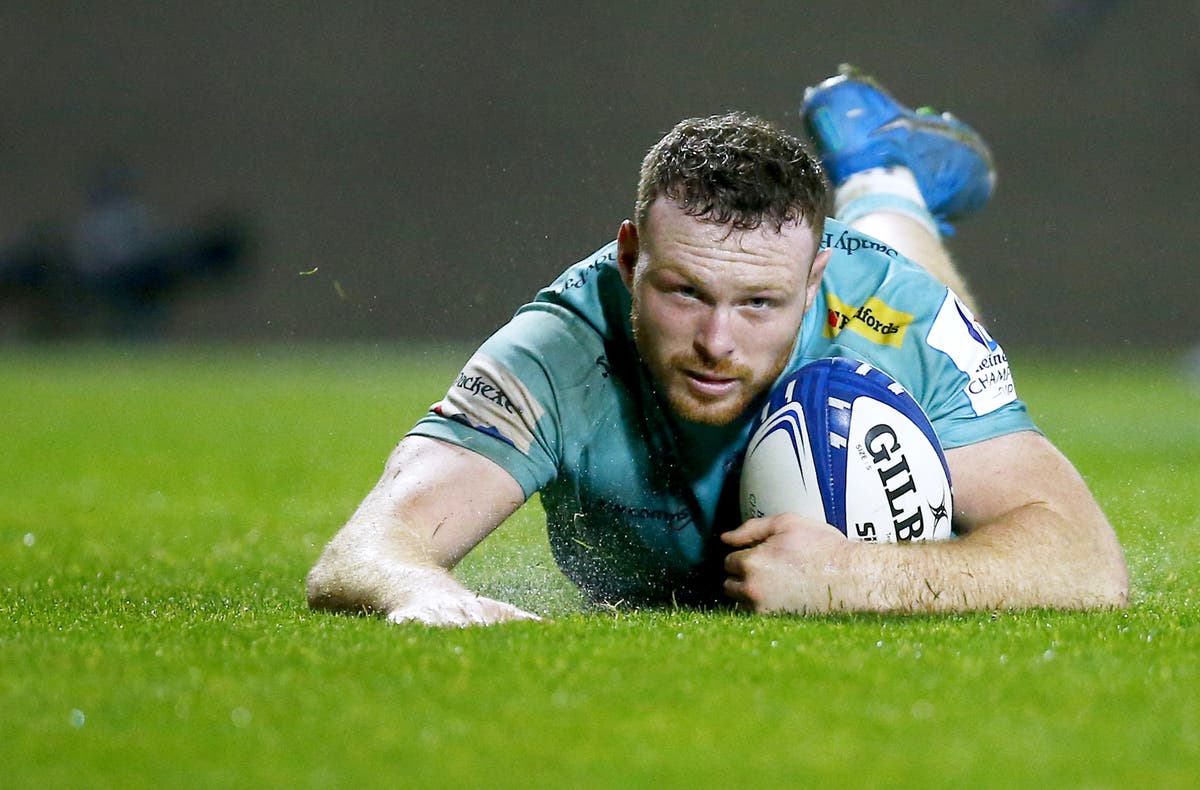 Sam Simmonds’ decision to swap Exeter for Montpellier next season is one that should affect the Gallagher Premiership, according to Saracens boss Mark McCall.

Simmonds will be 29 when he arrives at the Top 14 club and, while Eddie Jones expects him to be available for the World Cup next autumn, once that is over he will can no longer play for England.

McCall believes the move abroad of a player in his prime has wider implications for the Premiership.

When asked if Simmonds’ move was a sign of things to come, McCall replied, “The answer is hopefully not.

“I say this because Sam is 27, approaching his prime and has now made himself ineligible for England.

“I kind of understand someone who is in their early thirties doing it after having had their international career and wanting to experience something different.

“But to start losing the best young talent in the Premiership, someone like Sam, is a worry.”

Premiership clubs’ dire finances saw the salary cap reduced to £5million, but even that hasn’t stopped Worcester from going into administration, while Wasps could share the same fate in the coming weeks.

And, while necessary, the wage cuts offered to players have made it increasingly difficult for English clubs to compete with teams in France and Japan and the fear is that other members of Jones’ squad will follow. Simmonds overseas.

McCall admits that with a World Cup less than a year away and the reduced salary cap limiting the money available, keeping a team together has never been more difficult for a director of rugby.

“It’s extremely complicated and it’s one of the hardest puzzles you can solve,” McCall said.

“We had plus-one contracts (contracts that include an option for a player to stay for one more year) that the players had signed some time ago. In the past, you wouldn’t start having conversations about what’s going to happen this year and next year until October or November.

“These conversations started on the first day of pre-season because you need to understand where people want to be in a year. Every decision has an effect on someone else.

“There will be tough decisions to be made and we have to be skilled in how we do that.”

McCall has revealed Maro Itoje will miss Saturday’s repeat of last season’s Premiership final against Leicester as he continues to battle a shoulder problem.

Itoje was injured in the closing stages of Saracens’ win over Harlequins on September 17 but is expected to be back in the next fortnight.