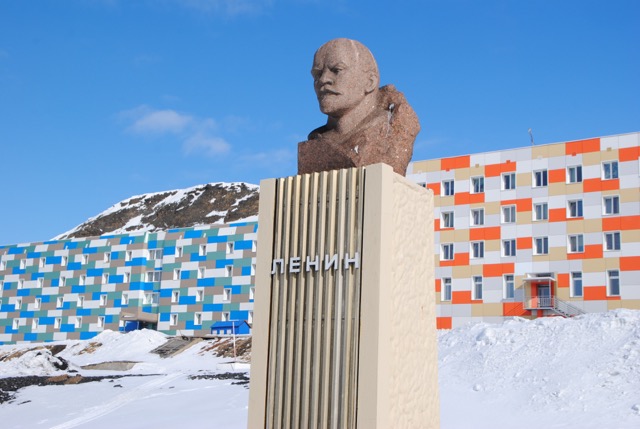 Russia is trying to ‘harass’ Norway

The Norwegian media has been full of stories this week about how Russia is allegedly trying to intimidate and create problems for its much smaller Scandinavian neighbour. A defense expert says it’s all part of Russia’s efforts to “bully” Norway as relations plummet to freezing point.

First, a group of Russian hackers claimed responsibility for disrupting a long string of Norwegian websites. Then some Russian officials claimed Norway was violating the Svalbard Treaty for not letting them send supplies to their Arctic enclave of Barentsburg. It culminated when the Foreign Relations Committee of Russia’s National Assembly (the Duma) said it wanted to “reassess” the border between Russia and Norway in the Barents Sea which took 40 years to negotiate. Suddenly the so-called delelinje initiated by former Russian President Dmitry Medvedev is no longer the fair deal that even Medvedev thought it was.

Russian news agency RIA claimed that Norway “got 175,000 square kilometers of the Barents Sea…and now we see that Norway is hampering the food supply to our colony of Svalbard”, according to the member of the Duma Mikhail Matvejev. He complained that the Barents border was meant to improve cooperation between the two countries.

“The goal is to scare…”
Karen-Anna Eggen, researcher at the Institute for Defense Studies at the Norwegian Military College (Forsvarets høgskole)told the newspaper post office Thursday that the goal of the Russians is to scare the Norwegians. “They show they can intimidate us,” Eggen said. post office. “The aim is to scare the public and put pressure on politicians.”

Another goal may be to create conflict and friction where there is no reason for it. Russia, for example, accused Norway earlier in the week of violating the Svalbard Treaty by refusing to allow Russian trucks full of goods bound for Barentsburg to cross the Russian-Norwegian border at Storskog and drive to a port to ship them to Svalbard. Sanctions against Russia prohibit this, but the Norwegian Foreign Ministry announced on Wednesday that Russian containers could simply be transported with Norwegian trucks and ships instead.

“We never intended to stop the shipment of goods,” said Ane Lunde of the Foreign Ministry. post office. “They chose one of the solutions that we had proposed from the beginning.” The other would simply have been for the Russians to send the goods by ship or plane from Russia itself. When asked if she thought Russia was indeed intentionally trying to create problems, Lunde simply replied that “we are happy that we have now found a good solution to this in dialogue with the Russian side. “.

The ministry also did not complain that Russian hackers portrayed Norwegian Foreign Minister Anniken Huitfeldt as a witch from a Disney cartoon on social media. It should also be noted that Russia and the former Soviet Union regularly complain about Norway’s administration of the Svalbard Treaty. The Arctic Archipelago is Norwegian territory but a treaty dating from 1920 allows other countries to have a presence there, with Russia continuing to operate a coal mine at Barentsburg and maintaining a population of several hundred in the isolated village accessible only by boat or helicopter.

Norway and Russia have generally been good neighbors over the centuries, also when Russia was the base of the former Soviet Union and during the Cold War. Russian President Vladimir Putin’s invasion of Ukraine changed all that, however, with Norway condemning the invasion along with most other European countries and strongly supporting Ukraine.

Some believe Russia’s recent slashings also reflect how a string of senior Norwegian politicians visited Ukraine. Not only has Russia launched a public relations campaign against Norway, but some foreign policy experts believe the Barents border warnings are an “emotional” Russian reaction.

“I would be very surprised if Russia wanted to put this whole region on the line,” said Karsten Friis, a senior fellow at the Norwegian foreign policy institute NUPI. “And they know they can freely transport supplies to Barentsburg. I think it’s mostly an emotional outburst because of the sanctions and the situation they’ve found themselves in (through the war in Ukraine). He doesn’t do not think this is a serious call for a new policy, noting that Russia still counts on cooperation with Norway both on Svalbard and on fisheries policy.

“It also shows that Norway is quite pragmatic when it comes to the Russian population in Barentsburg,” Friis said. “It’s important to be both principled and pragmatic and not let politics take over.”