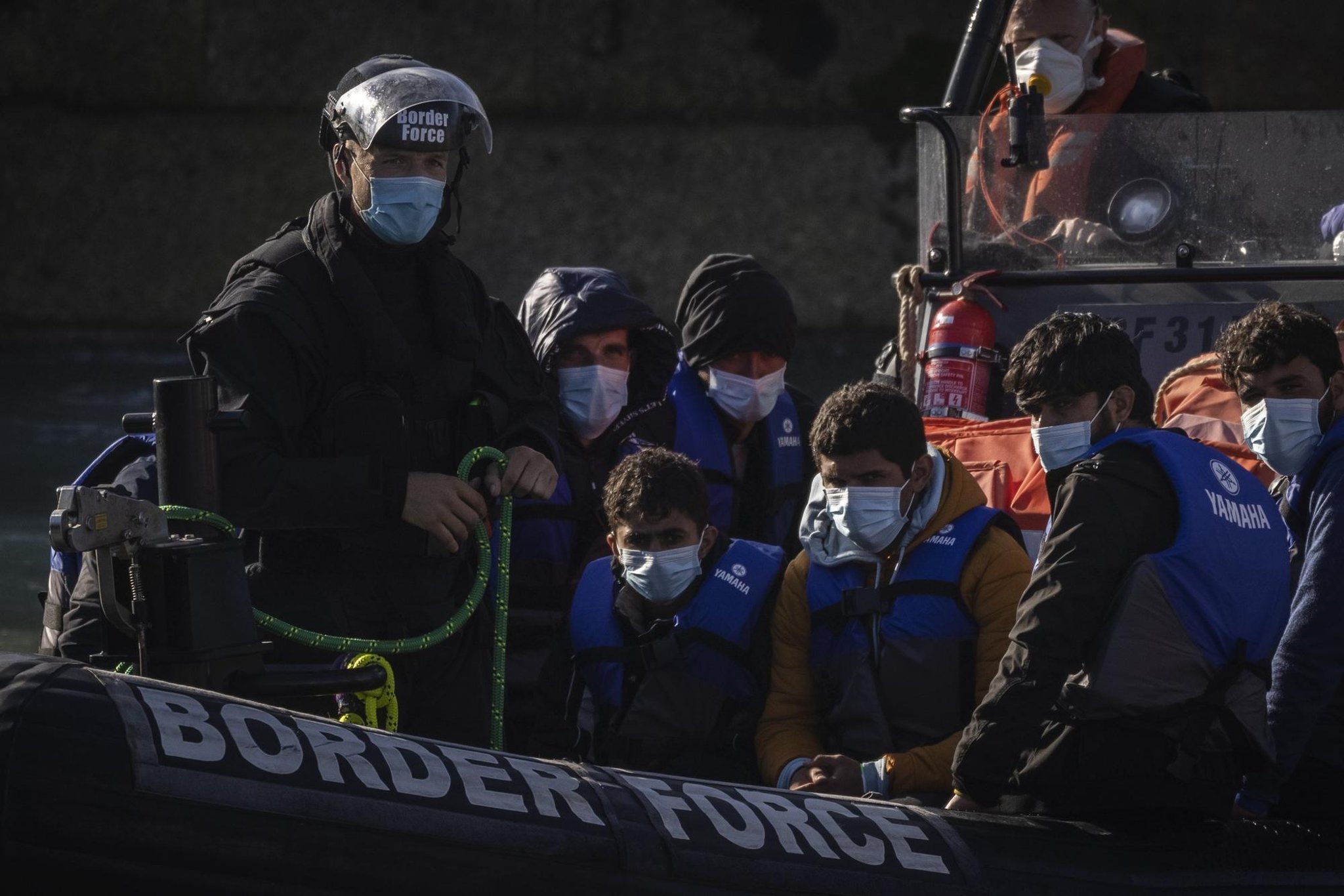 The Senior Service has been tasked with tightening Britain’s maritime border as part of Home Secretary Priti Patel’s tougher stance on the migrant crisis.

Boris Johnson personally greenlit a plan earlier this year for the Ministry of Defense (MoD) to step in and use Royal Navy warships to deal with the mess, part of Operation Isotrope.

Naval patrol boats from Portsmouth are expected to be used to support Border Force cutters as part of the Channel lockdown.

The news comes after it was revealed that Britain saw the number of migrants making the dangerous crossing triple to 28,431 last year.

Now Armed Forces Minister James Heappey has revealed the Treasury has set aside a further £50million to deflate the country’s migrant crossings crisis.

In a written response to Labor MP Kevan Jones, who sits on Parliament’s Defense Select Committee, Mr Heappey said: ‘HM Treasury has agreed that £50m of additional funding will be made available to the Department of Defense Defense to ensure the military primacy of small craft operations in the English Channel. This was communicated to MoD officials on March 24, 2022.

The latest figures compiled by the government revealed that on Sunday 234 migrants attempted to cross the English Channel.

Meanwhile, the total number of migrants spotted undertaking the journey so far this month has reached 2,084, according to the latest figures from the Ministry of Defence.

Speaking previously about Operation Channel, Mr Heappey said: ‘Operation Isotrope aims to prevent any uncontrolled arrival of migrants, with all migrant vessels intercepted before or as they land on UK shores.’

However, critics said the plan was “unworkable” and would place an “unrealistic expectation” on the navy, which is already busy with operations around the world.

“The military is there to protect the nation, not to help failing Tory ministers.”

Migrants are brought to the docks of Dover by Border Force personnel on September 9, 2021 in Dover, England (Photo by Dan Kitwood/Getty Images)