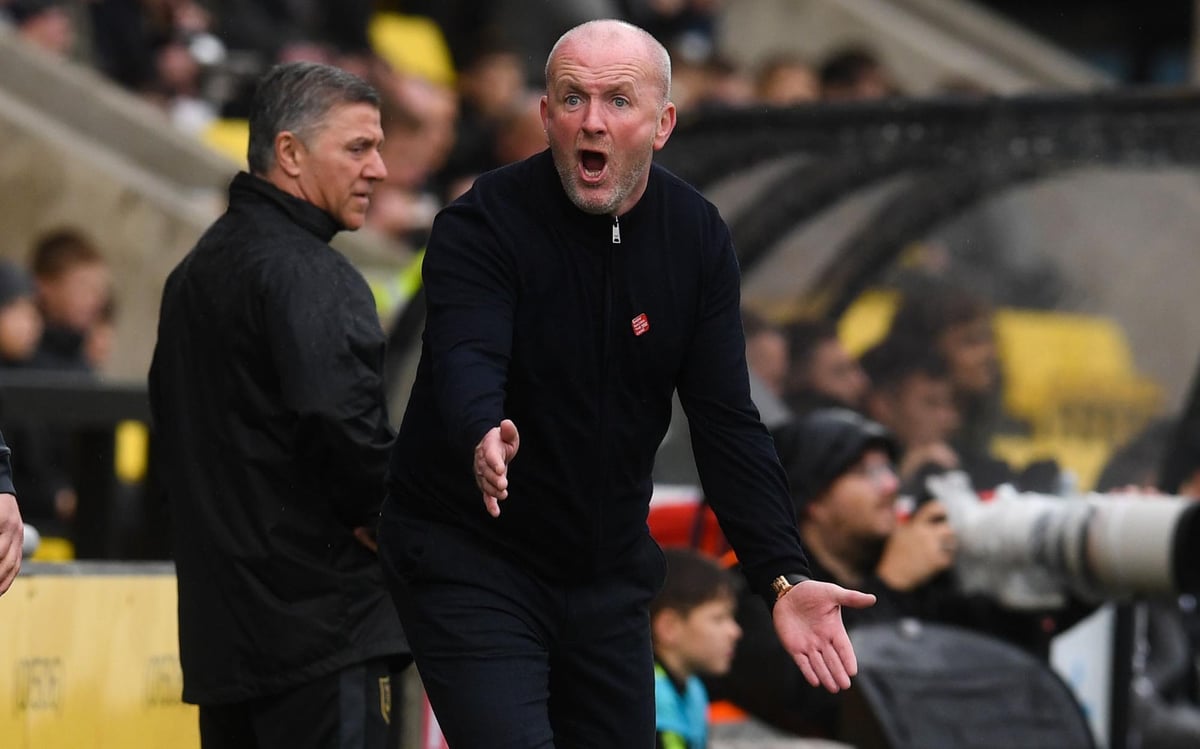 David Martindale’s story is well known in Scottish football. A journey that involved police cells and Barlinnie Jail and eventually led him to Livingston Football Club via Heriot-Watt University and Broxburn Athletic.

The reason for this crash course in Martindale’s past is to provide context and a moment of reflection. An important reminder of how life can change. Inspiration for anyone, no matter their status, no matter their situation, things can get better. Dreams, even those that seem unrealistic or simply ridiculous, are achievable and the greatest obstacles are not insurmountable.

Seconds later, the 48-year-old made it clear he was ‘not getting the Rangers job’. He repeated it one more time just for clarity. There is certainly an argument that he could make a great manager of Rangers and whatever he has achieved in the job would probably not matter to the success he has already had with his journey. Someone with little or no experience in professional football before Livingston, leading the old-fashioned West Lothian side to fourth place in the Premiership, to even be considered a contemporary of Bill Struth, Scot Symon and Walter Smith. “I guess it can show how much this development, my progression, is even tied to that,” he said.

The bed I made that I lay in

You return to Martindale’s past. He is forced to work harder because of it. He treats this as a fact. The one he accepts, understands and accepts. There would be many in his position who would think ‘I’ve had my day, isn’t it time to move on?’ Not Martindale. He uses this period of his life to be a better manager. He feels neither pity nor pettiness about it.

“I think it’s something I’m going to have to live with for the rest of my life,” he said. “I have no problem with that. I think I’ve been accepted into football, which is fantastic, it’s great. The fans, the media, the opposing managers, maybe the opposing president. But when you watch it “there’s Davie Martindale there, a brilliant story but do I want Davie Martindale to work for me?” That’s a different question. If you were to ask it formally and ask it informally, I think you might get two different answers, but I agree with that.

“I have to work harder. I know I don’t come from a professional football background. Instead of playing 15 years at a semi-decent level of football, I spent many of those years in prison. I have a lot of makeup to do. I have many opinions to change. I hope I do this on the road, while doing this. I don’t have a problem with the height of the wall I have to climb because it should probably be slightly higher than the others because I made this bed and I deserve to lie in this bed.

Martindale led Livingston to fourth in the Premiership. (Photo by Craig Foy/SNS Group)

It’s not just because of his past that he has to work harder, but because of his present. Or more exactly the team he leads. “Look at Sean Dyche, I think he’s one of the best managers in Britain,” Martindale said. “I know other managers in England who value him and they say how fantastic he is. But he struggles to get a job because he was at Burnley, old-fashioned. I think that can go against me too.

These solutions continue to be found and this wall continues to be climbed in impressive ways. Livi is above hearts and Hibs. They have made a habit of getting the upper hand over their Lothian rivals. They are at the gates of Aberdeen. They are constantly in competition with the old company. Martindale evolved the team. Yes, they like to mix. But they can play. Meanwhile, only Celtic and Rangers have conceded fewer goals this campaign, something assistant manager Marvin Bartley is very proud of. It is, as Livi’s boss is keen to point out, a collective effort.

“The award is not just for me, it’s for the whole club, the staff and the players,” he said. It’s good to be recognized but it’s for Livingston not Davie Martindale. It shows that we are doing something right.”

Yet the question persists. What could the future hold for us? There has been interest from the Championship, League One and League Two in England. This is where he sees a possible opportunity rather than in Scotland. In the short term, he is excited about another talented and renowned manager coming to Scotland to take him out of his comfort zone and the continuity is huge for him. But the idea of ​​Martindale working with a larger budget is fascinating. “The bigger the budget, the more pressure you’re under,” he said. “But it would be nice to feel that pressure one day, to have that budget and to have that money.