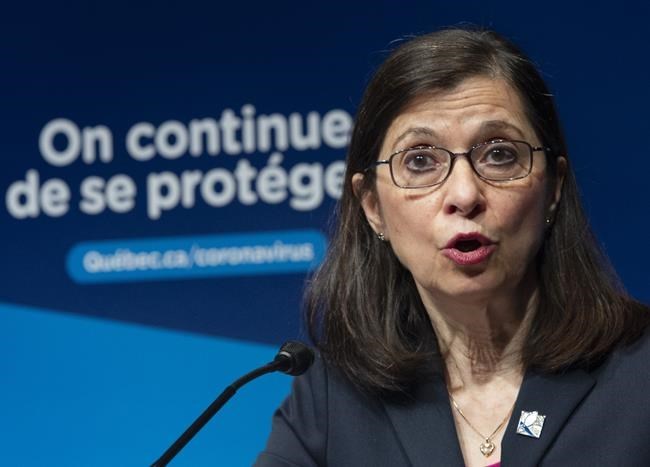 MONTREAL — Short of space, Dawson College in Montreal has been planning for years to expand its medical technology department that would include a clinic to serve the community and train its students.

But after promising in 2020 to fast-track $100 million for the downtown school, the Quebec government suddenly reversed course last week, saying the money would be better spent on Dawson’s French-speaking counterparts in the junior college system, known as cégeps. The move has sparked consternation in the English-speaking community and accusations that the government wants to shore up its nationalist base ahead of this year’s election.

In the Legislative Assembly on Thursday, Premier Francois Legault said he stood by the decision to cancel Dawson’s funding.

“Is it better… to enlarge the French CEGEPs before enlarging the English CEGEPs? At the CAQ, we think so, ”said Legault, referring to his party Coalition Avenir Québec, which continues to dominate the polls. The Coalition party’s popularity has slipped a few points in the latest polls, however, and frustration with the government is growing among a public weary of pandemic restrictions.

Daniel Béland, director of McGill’s Institute for the Study of Canada, said he believed the decision to cut funding was aimed at bolstering the party’s nationalist credentials ahead of the fall election, which is due no later than the 3rd of October.

“I think it really speaks to their nationalist base and sends the message that we’re really focused on protecting the French language right now,” Béland said in a recent interview.

The government, Béland added, is also trying to save face after tabling its reform of the province’s tough language laws, which has been criticized by language hawks as too soft. The Parti Québécois, in particular, wants Bill 96 to prevent non-English-speaking CEGEP students from attending English-language colleges.

Quebec already prohibits most non-English speaking students from attending English elementary or secondary schools. Legault said it would be “radical” to extend the ban to the junior college system.

Instead, Bill 96 would cap enrollment in all English-language junior colleges at 17.5% of the province’s CEGEP student population.

“I think it’s mostly a question of optics,” Béland said, adding that the debate over how to protect French will likely be a big issue in the next provincial election.

Quebec CEGEPs provide vocational training as well as pre-university education to Quebec students who graduate from high school after grade 11.

Marlene Jennings, president of the English-speaking organization Quebec Community Groups Network, said the cancellation of the medical technology building in Dawson is a sign that English speakers are not welcome in Legault’s Quebec, even if they also speak French.

“The way a minority community can continue to exist and thrive is the real reality that its young people can be educated and can find jobs and start families and put down roots.”

Jennings, a former Liberal MP, said the new building in Dawson was not intended to increase enrollment, but to better accommodate the roughly 10,000 full-time and part-time students already enrolled.

“They’re not talking about increasing the number of students, they’re talking about providing an environment that promotes good learning,” she said, adding that most graduates of relevant medical technology programs will go to work at French. – language establishments.

On Thursday, Dominique Anglade, leader of Quebec’s official opposition Liberals, told reporters that the government’s decision to cut funding was part of a “deliberate approach to divide Quebecers.”

Tim Miller, who teaches physical therapy technology at Dawson College, said the new building would allow the school to offer a more interdisciplinary approach to teaching medical technology. Miller said if students train together and understand how their colleagues work, then they will provide better patient care.

At a new conference in Sherbrooke, Que., on Thursday, Legault defended the decision and said the province’s approach to Anglophones was something all Quebecers could be proud of.

“In Quebec, all health education services are given to the English-speaking community and that is very important to me,” he told reporters. “But it’s important to understand that we have a common language – that language, French, will always be vulnerable in North America and we need to protect it.”

This report from The Canadian Press was first published on February 4, 2022.

This story was produced with financial assistance from Facebook and the Canadian Press News Fellowship.