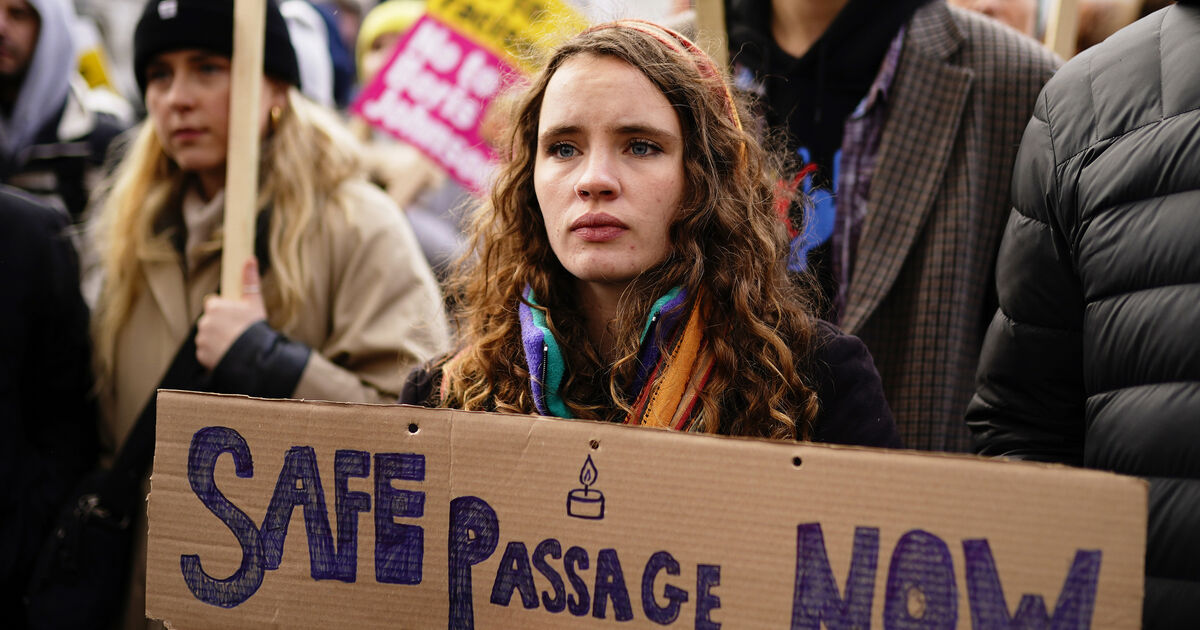 Protest calls for safe passage across the English Channel

Around 150 people gathered near 10 Downing Street to protest the deaths of more than two dozen people who drowned while trying to cross the English Channel this week.

Twenty-seven people died during Wednesday’s crossing, making it one of the deadliest days in the migrant crisis.

The protest, organized by anti-racism group Stand Up To Racism, hears speeches from the general secretary of the UK’s largest teachers’ union – the National Education Union – and several others, including church groups and voluntary organizations directly involved in helping migrants.

Women and children were among those on board the boat which capsized after leaving Calais on Wednesday. Only two survived.

One of the victims was Maryam Nuri Mohamed Amin, 24 – known to her family as Baran – a Kurdish woman from northern Iraq who is believed to have traveled to the UK to join her fiancé.

Following the tragedy, politicians argued over how to stop the perilous Channel crossings.

An invitation to UK Home Secretary Priti Patel to attend a meeting of ministers from key European allies in Calais on Sunday has been withdrawn after France was angered by Mr Johnson’s publication of a letter that he sent to Mr. Macron setting out a battery of proposals, including the reiteration of a call. for joint Anglo-French patrols by border agents along French beaches to prevent boats leaving, which Paris resisted.

In a statement reported in French media, the Interior Ministry said Sunday’s meeting would continue with Interior Minister Gérald Darmanin and his counterparts from Belgium, the Netherlands and Germany and representatives of the European Commission. 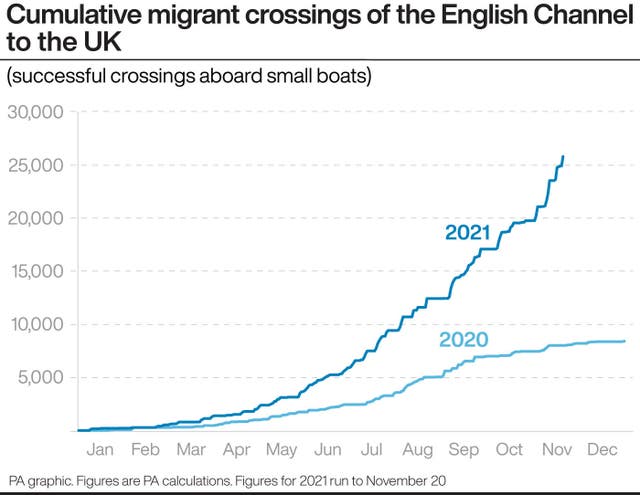 More than 25,700 people have made the dangerous journey to the UK in small boats this year – three times the total for the whole of 2020, according to data compiled by the PA news agency.

Figures released by the UK Home Office on Thursday showed more than 37,500 asylum claims were made in the UK in the year to September, the highest level for almost 20 years.

The backlog of cases also reached its highest level since comparable records began, with more than 67,500 asylum applications awaiting a decision at the end of September.