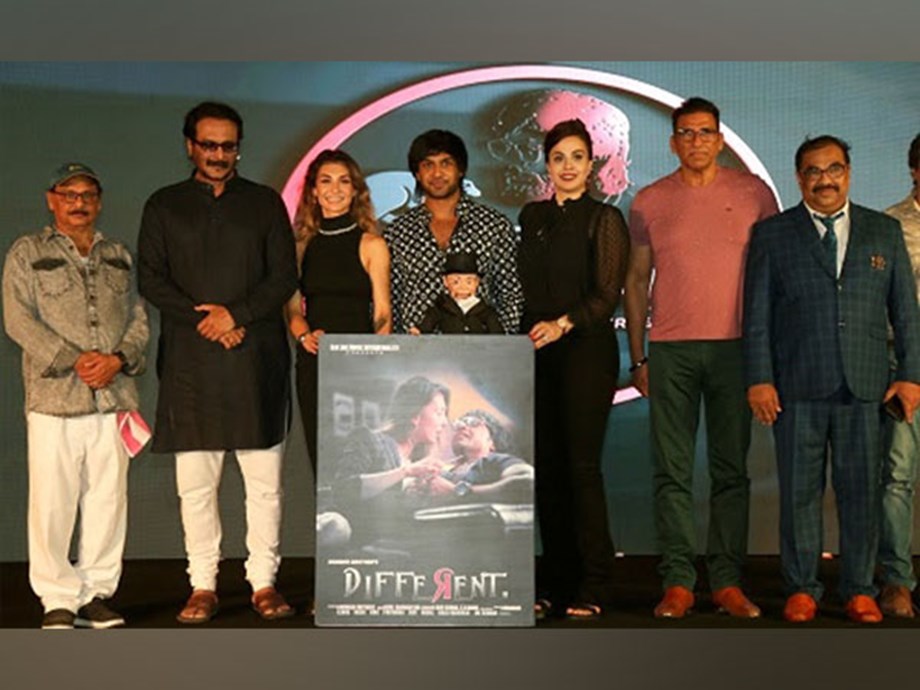 New Delhi [India], April 27 (ANI/NewsSee): The poster and trailer for an English psychological thriller film “Different” was released recently and featured artists from many countries, including Iran, Russia and Nigeria . The event was held at a grand ceremony held in Mumbai where the main guest was RRR Producer DVV Danayya, Sooryavansham Producer – GV Narasimha Rao, VP Padmalaya studio, Akbar Khan, Mukesh Rishi, Milind Gunaji, Payal Ghosh and others were present at the event. . The film from NSVD producer Sankara Rao and director (Dragann) Uday Bhaskar is truly different by name. In many ways, its concept, casting, and presentation are different. It stars Hollywood actress Aziza (Russia) and Iranian actress Elham Farhadi, the hero Saran will be seen.

NSVD Sankara Rao who produced the English film Different under the banner of Wonder Brothers International Films Pvt. ltd. said, “In Different, we made a different effort. We worked to combine artists from different countries in one film. While Russian heroine Aziza will be seen there, Iranian actress Elham Farhadi is also part of this film. has never happened before in our country, so I hope the audience will like this experience. This is my first experience in the film industry but working with director Uday Bhaskar was memorable. We launched the trailer, you’ll have to watch the movie on the big screen to get the full story. It’s a psychological thriller, with suspense. There’s no compromise on the quality of the movie and the CG work is interesting. The film’s director (Dragann) Uday Bhaskar said: “Different is a psychological thriller, which has a very different story. This is the true story of a scientist. The graphic work in the film is good. The film was not made just for India but for the whole world. It will be released in many countries around the world.”

Actress Aziza said, “We are all very excited about this movie. I would appreciate the director who made this movie with a lot of passion and effort. I hope the audience will like this movie as well.” The film’s hero, Saran, said the whole experience of the film was quite different for all of us. “My character is someone who hates himself. What could be more fortunate for me than to have the opportunity to work with artists from all over the world? This film is an experimental film not only for India but also for the market international. The film’s story revolves around a doll.”

Iranian actress Elham Farhadi said: “We all have very different characters and in playing this role we have experienced many different things as human beings. There are a lot of emotions in my character, which will shock the audience. This film is a story of human selfishness. . This film shows all the weaknesses of human beings. I am very happy to be part of this film.” This story is provided by NewsSee. ANI will not be responsible for the content of this article. (ANI/NewsSee)