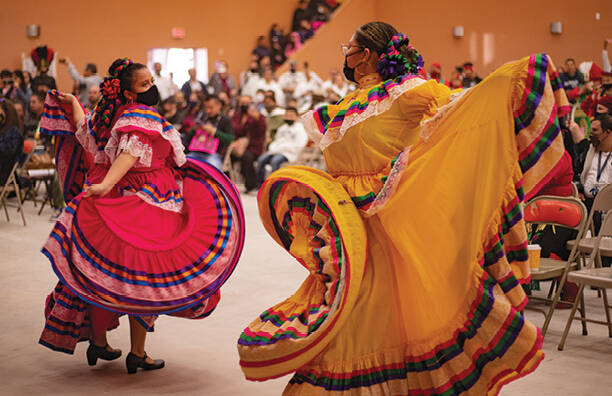 Parish life: How do you integrate Spanish and English speaking Massgoers?

One of the great things about America Media’s new documentary “People of God: How Catholic Parish Life is Changing in the United States” is that it raises so many different questions and ideas central to church life in the United States today. Each parish considered is like a mirror held up to ourselves. Getting to know them is like attending a seminar where you can see other Catholics sharing their best practices on church life.

Over the next four weeks, I will examine some of the struggles and ideas raised by each parish. Hopefully each article will spark conversation, perhaps in your own parish. Each piece ends with a few thought-provoking questions.

In its first part, “People of God” looks at the combined churches of St. Mary and St. Juan Diego in the suburb of Chandler in Phoenix, Arizona. The community has 7,000 families, and more are coming every day.

As the film points out, the expansion of communities in the South and West is largely due to the migration of Spanish speakers from south of the border. This put churches in places like Chandler in the position of maintaining two separate communities – the English and the Spanish speaking. As parish leader Armando Ruiz says in the film, immigrant communities represent a great opportunity for parish life, renewal and vitality: “But it needs to be developed. You have to listen to it. »

Life in a multicultural parish is like a marriage: it can only work if people listen to each other.

And the challenge goes both ways. Anglos living in a changing parish may feel overwhelmed by what is happening. They may be alienated by not speaking the other language or sharing the same religious expressions. In the film, we see the Honor Your Mother Parade, a magnificent celebration of Mexican American faith and culture in downtown Phoenix for the feast of Our Lady of Guadalupe. Mr. Ruiz shares his hope that the parade can be both a source of hope and faith for Spanish speakers in Phoenix and a vehicle to bring English-speaking and Spanish-speaking Catholics together. After all, what could be a more appropriate source of unity than a love for Our Lady?

But Anglo-Catholics don’t usually show up for the event. This is the kind of thing that happens all the time in multicultural parishes, and it can lead to resentment and a deepening of feelings of separation. Carolina Uribe, pastoral minister at St. Mary’s, speaks of the shock and pain Spanish-speaking parishioners feel when members of the Anglo-Saxon community complain about immigrants breaking the law or flooding their communities when these people so need them help.

Listening to the stories of Saint Mary and Saint Juan Diego, it is clear that life in a multicultural parish is like a marriage. It can only work if people listen to each other and make sacrifices for each other.

Questions for reflection and conversation:

In this bonus episode of the Jesuitical podcast, hosts Ashley McKinless and Zac Davis talk with Jim McDermott, SJ, and “People of God” producer Sebastian Gomes about the growth of the church in the Southwest.