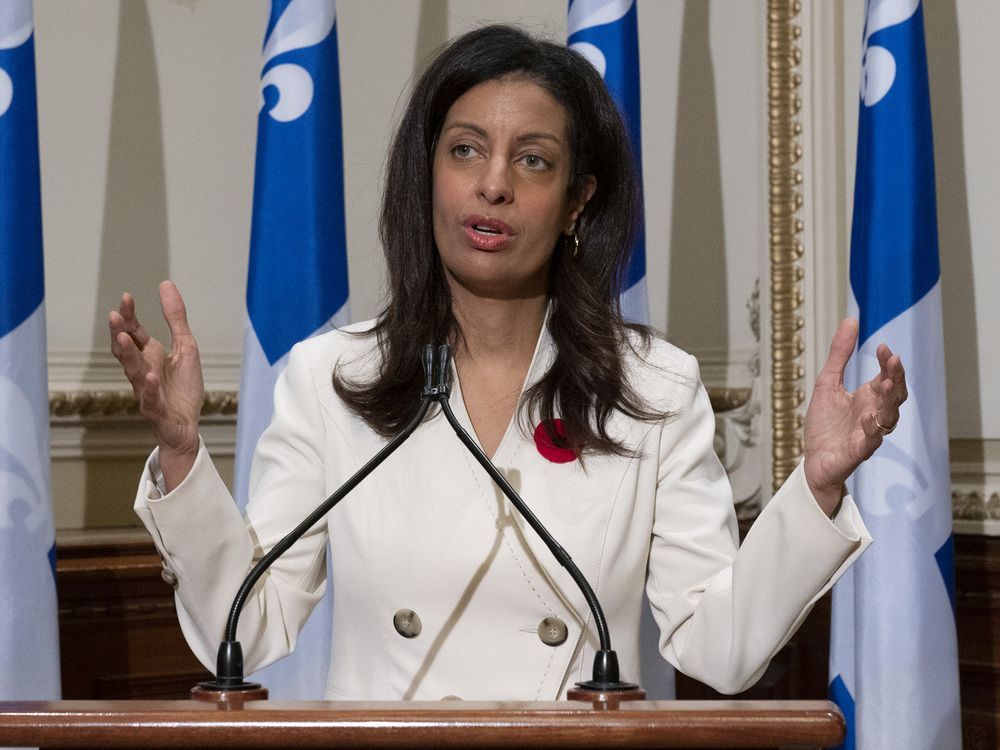 Robert Libman and I have been friends, colleagues and occasional adversaries for over 30 years. We have each observed, participated in and, I hope, contributed significantly to addressing the many ups and downs of Quebec language policy during this period. We have had disagreements over language in the past. After reading Libman’s recent column (“Bill 96’s Fate Looms as Return of MPs,” Montreal Gazette, January 29), I see we now have another.

I was the general manager of Alliance Quebec, the Canadian Jewish Congress, the Quebec region and the Quebec English School Boards Association. In these roles—as in my current one, Quebec Liberal Member of the National Assembly and our party’s spokesperson for relations with English-speaking Quebecers—I have endeavored to reconcile Quebec’s fundamental duty to promote and defend its common French language and ensure the protection and defense of our English-speaking community at the same time. Just like my leader Dominique Anglade and all my caucus colleagues. Libman constantly suggests that our official opposition neglects this balance. We haven’t and we won’t.

Detailed debate on Bill 96 resumes in the National Assembly this week. Hélène David, our linguistic spokesperson and former minister responsible for the file, will continue to lead our team. Me and Gaétan Barrette are the other members, and together we are seeking major changes to the new language law proposed by the Coalition Avenir Québec government. It is not an easy task, faced with a majority government that has neither the demonstrated inclination nor the expertise to respond to the concerns of our community. Already a few weeks behind us in committee, Simon Jolin-Barrette, the minister responsible for the bill, has already given the back of his hand to our rigorous proposals for fairer and fairer access to justice. He was also dismissive about it in the face of the concerns of Quebec’s three chief justices, but one example.

We will never let go.

Next, the questionable proposals of Bill 96 on the language of public administration will be examined. At risk, the absolute cornerstone of our collective well-being: access to health and social services in English. Successive Quebec governments, of both the Parti Québécois and the Liberal Party, have maintained and thus entrenched the principles of equitable access to health care by maintaining and updating plans that provide access to these services in English. The current government recently took a step in the opposite direction when it summarily fired the Provincial Community Access Committee whose work underpins access to health care in English. High profile musings by the Prime Minister, in the National Assembly and in the media, about providing services in English only to “historic Anglos” added to the gathering storm clouds. The sections of Bill 96 to come under consideration seriously jeopardize the equitable delivery of health care in English, long enshrined in the Quebec social contract. Our determined and targeted arguments and amendments, if this government sees fit, will prevent a loss of access to health care in English that would be unacceptable and dangerous.

Our ongoing interventions are based on securing the changes that all equitable Quebecers need and deserve: improvements that reconcile the rights and privileges of all Quebecers, whether they speak French, our common language, or not. To dismiss these efforts as “a sop to anglos” as Libman does is not only, in my view, unfair, but it also undermines an essential pillar of our arguments: doing the right thing for the English-speaking community in Quebec is not only possible, but desirable for all Quebecers. Our ongoing efforts to respect the Quebec and Canadian charters of rights by limiting any use of the notwithstanding clause and our impending amendments to protect access to health care, bilingual municipalities and the rule of law regarding the powers of language inspectors all testify the higher interests of Quebec.

David Birnbaum is MP for D’Arcy-McGee and Official Opposition Critic for Relations with English-Speaking Quebecers.

Sign up to receive daily news from the Montreal Gazette, a division of Postmedia Network Inc.

Thank you for your registration!

A welcome email is on the way. If you don’t see it, please check your spam folder.

The next issue of Montreal Gazette Headline News will soon be in your inbox.

We encountered a problem during your registration. Try Again