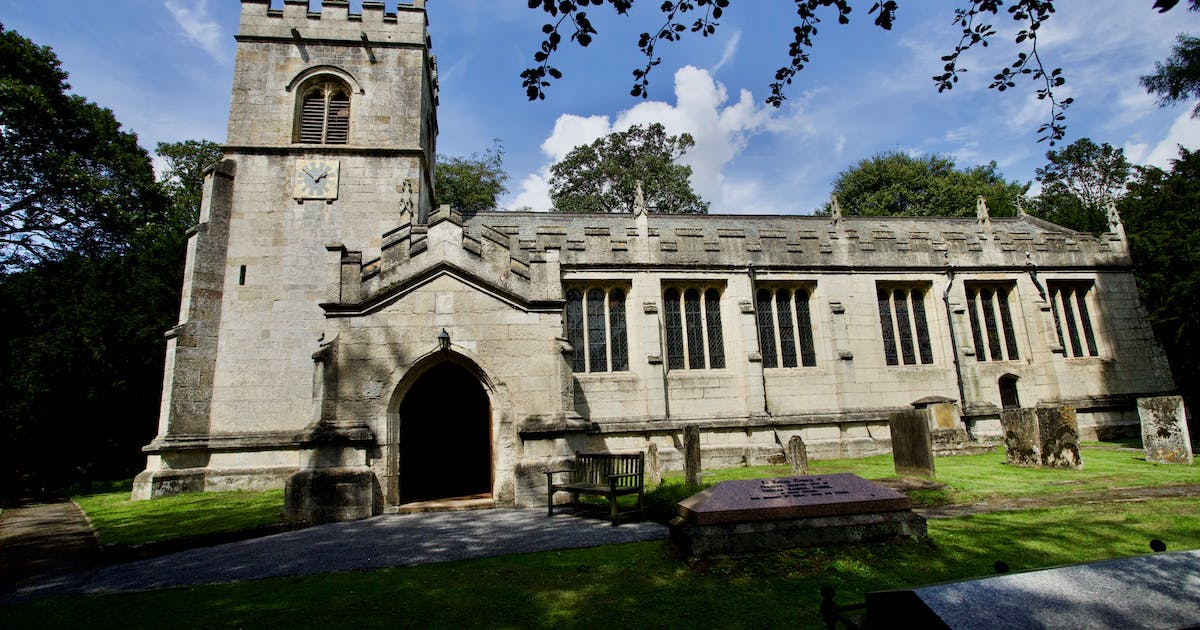 The slightest breeze rustled through the open doors of All Saints Church, a 600-year-old structure in Babworth, England.

I shivered. It wasn’t exactly cold and I don’t believe in ghosts, but I could definitely feel the spirit of history in this well-worn place of worship. I am, after all, an American.

“This is really where America began,” said Peter Swinscoe, the manager and tour guide. “That’s where William Bradford and William Brewster met, where their journey began.”

This month, as we celebrate Thanksgiving, our thoughts may turn to the stories of Plymouth Rock, the Mayflower and the Native Americans who helped the Pilgrims survive their first winter. But I had never given much thought to the Pilgrims before their arrival in the New World. So, always sprinkling a dose of history into our travels, my husband and I set sail (metaphorically) for the Old World to better understand how the Thanksgiving holiday came to be.

If you remember your world history, King Henry VIII left the Roman Catholic Church and formed the Church of England so he could divorce Catherine of Aragon and marry Anne Boleyn. It was 1534 and it shook England to the core. British citizens now had to worship in the Church of England.

In the late 1500s, the Minister of All Saints began preaching about the separation of church and state, a radical concept at the time. Brewster and Bradford were drawn to the idea, as were many others who would eventually board the Mayflower.

Today, visitors are invited to attend services at All Saints Church on the first, second and third Sundays of each month. In the nearby town of Scrooby, Nottinghamshire, you can attend a service, visit the church where Brewster was baptized, or visit Gainsborough Old Hall in Lincolnshire, where worship services have been held in secret for years .

From Southampton to Plymouth

The Separatists, who we now call the Pilgrims, wanted to worship as they pleased without government interference. After escaping to the Netherlands for 12 years, they decided America was the answer to their prayers.

Originally, there were two ships bound for America: the Speedwell and the Mayflower. They stocked up on provisions and set out from Southampton. So my husband and I took a train from Scrooby 200 miles south to Southampton – a much easier journey than it would have been 400 years ago. The SeaCity Museum there, with its rich maritime history, is a must-see.

The Pilgrims planned to leave in August 1620, before storms developed over the North Atlantic, but the Speedwell developed leaks and both ships stopped for repairs in Dartmouth. This town, where Agatha Christie’s home is a major attraction, is also a charming summer community with significant World War II history.

Once again the Pilgrims set sail, to return once more to England, this time to Plymouth Harbour. Running late and with the Speedwell creating risk, many passengers changed their minds. The remaining 102 boarded the Mayflower, leaving England for the last time on September 16, 1620. Only 48 would survive to celebrate their first Thanksgiving in America.

Every nook and cranny of Plymouth, England celebrates its connection to the Pilgrims, who the Brits call the Pilgrim Fathers. I grew mildly irritated at this, acknowledging the more than 50 women and children on the Mayflower who also suffered and died.

The Box Museum in Plymouth features the story of Pilgrim, as well as other famous voyages that left port. The Box commissioned artwork from the Wampanoag Nation that taught the Pilgrims about farming and other food gathering techniques in America.

We stopped for brownies and a cup of coffee at Jacka’s Bakery, where the locals were enjoying a “cup” and a chat. It’s a small place, so it’s easy to notice a small plaque on the wall quietly boasting that it’s the oldest working bakery in Britain. Since the early 1600s, much of that time in the same family, this bakery has been making biscuits, cookies, and other goodies.

When the little Mayflower finally left Plymouth for the New World, a barrel of Jacka Bakery biscuits was in its hold. The owner told me they still have the recipe and he made a batch in anticipation of the 2020 quadricentennial.

“They tasted like sawdust bricks,” he said. That was the end of his plans to permanently add them to the menu.

Our next stop was at the Plymouth Gin Distillery. When pilgrims waited here for repairs, it was a convent. Several of the men in the group slept here. The women stayed on the boat.

In the 1790s, the convent became a distillery. This is where the first martini was mixed. An authentic martini, according to many, can only be made with Plymouth Gin. Look closely at the label – it contains an image of the Mayflower.

Your trip to England will most likely include flights to and from London. Take the time to visit the Mayflower Pub. Built in 1550, it is considered the oldest pub on the Thames.

Before the Mayflower carried pilgrims, the small boat carried goods on the Thames. Captain Christopher Jones lived a block from the pub. When he was at home, he moored the Mayflower just outside this pub, then called the Spread Eagle. Captain Jones died a year after returning to England and is buried near St. Mary’s Church in Rotherhithe, London.

Enjoy a pint on the terrace overlooking the Thames and ask to see the guest register. It lists the names and locations of Mayflower descendants, now scattered around the world, who visited this historic pub.

2022-11-18
Previous Post: English National Opera will close before it agrees to move to Manchester, says chairman
Next Post: The eclectic look of the English country house in Bridgehampton