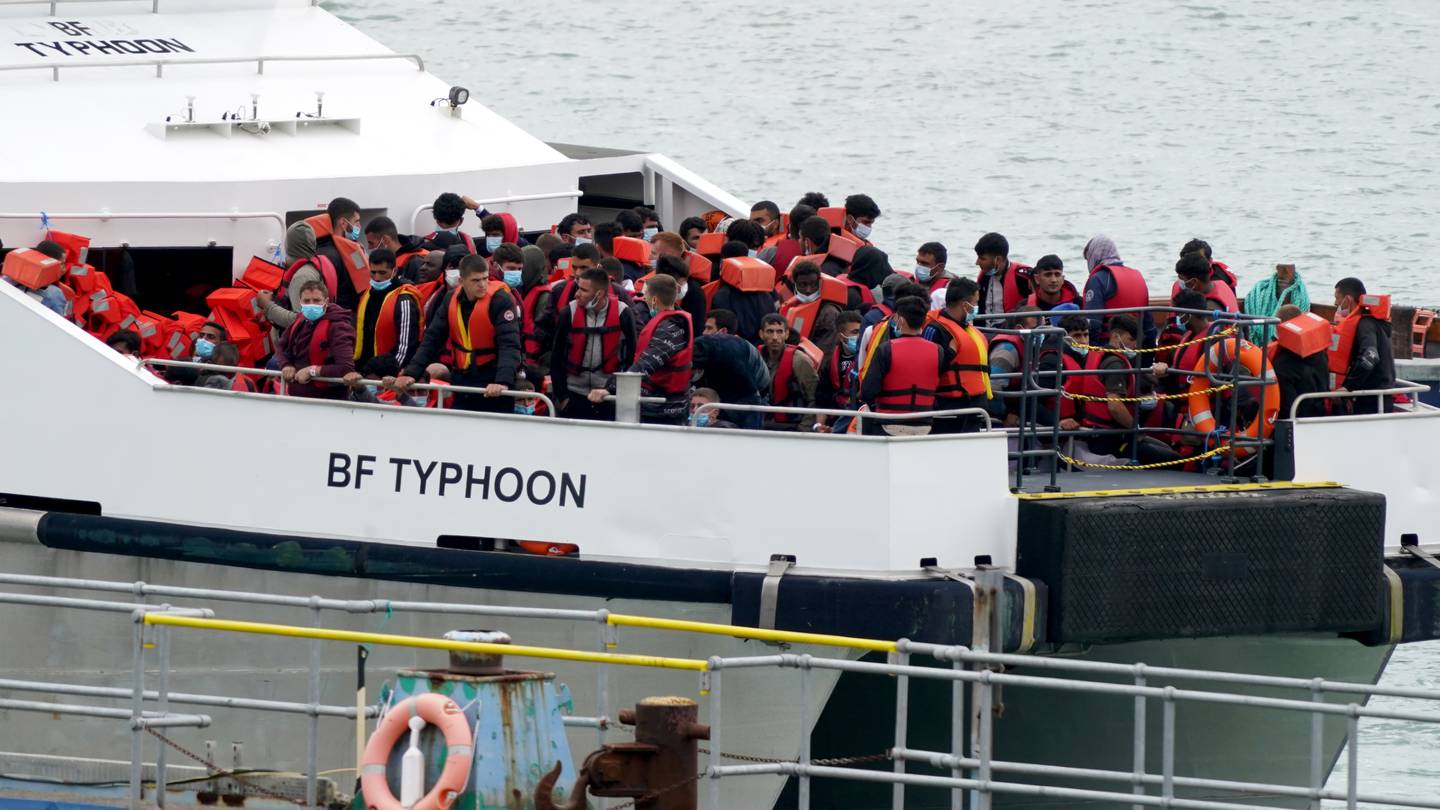 Nearly 700 migrants crossed the Channel into the UK in a single day, a record for the year so far.

The Ministry of Defense said 696 people made the trip in 14 boats on Monday.

It is the highest single-day number so far this year, and only the second time in 2022 that the daily figure has topped 600.

The previous highest number of migrants crossing the English Channel was 651, recorded on April 13.

Recent crossings have seen large groups of people, including young children, disembark at Ramsgate before leaving the port in Kent in double-decker buses.

The data suggests there was an average of around 50 on each boat on Monday.

More than 17,000 people have arrived in the UK after sailing busy shipping lanes from France in small boats such as dinghies so far in 2022, according to government figures.

Around 3,683 migrants made the crossing on 90 boats in July, the highest monthly total this year, according to analysis of figures by the PA news agency.

It has been more than three months since Home Secretary Priti Patel unveiled plans to send migrants to Rwanda in an attempt to dissuade people from crossing the English Channel.

Since then, 11,827 have arrived in the UK after making the trip.

On April 14, Ms Patel signed what she described as a “world first” with Rwanda, under which the East African nation would receive migrants deemed by the UK to have arrived” illegally” and therefore inadmissible under the new immigration rules.

But the first deportation flight to Rwanda on June 14 ended in legal challenges.

Several asylum seekers, the public and commercial services union and charities Care4Calais, Detention Action and Asylum Aid are challenging the legality of the Home Office’s policy, with next hearings scheduled for September and October.