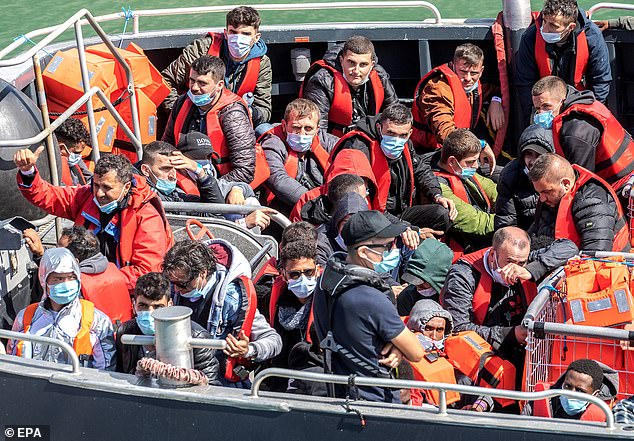 Nearly £500m of taxpayers’ money has been spent stopping migrants crossing the English Channel over the past seven years, research reveals, including huge sums handed over to the French

By David Barrett Home Affairs Editor for the Daily Mail

Research shows that nearly half a billion pounds of taxpayers’ money has been spent preventing migrants from crossing the English Channel over the past seven years.

The total includes huge sums handed over to the French government in an effort to prevent potential asylum seekers from leaving their shores.

Figures show £473million was spent on a range of security measures as well as the initial cost of Priti Patel’s asylum deal in Rwanda.

The Ministry of Defense revealed on Thursday that there had been 388 other crossings from northern France. Pictured: Migrants arrive in a Border Force Volunteers rescue boat, which escorted 90 migrants recovered from the English Channel by Border Force on Thursday August 4

It came as the Ministry of Defense revealed there were 388 more crossings from northern France on Thursday, taking the total number of arrivals since the start of the year to 17,483.

It does not include another unconfirmed number of migrants who reached the UK yesterday.

Labour, who compiled the spending figures, said the government had spent just under £230million on security measures at Calais and other embarkation points in northern France since 2015 . 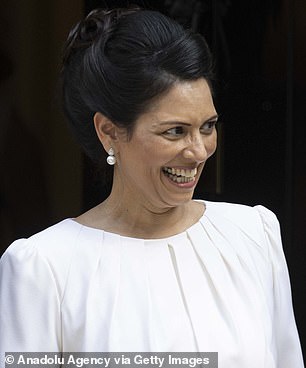 It included a £54million deal announced by the Home Secretary last year to increase the number of coastal patrols by French authorities.

Miss Patel is expected to announce another package later this summer which is expected to hand over an even larger sum to France to boost officials’ anti-migrant efforts.

The £473m also includes £74m to upgrade the UK Border Force’s cutter fleet, an additional £50m pledged when the Ministry of Defense took over command of UK operations in the Channel in April, and the £120 million granted to Rwanda for initial costs.

The sum does not include the £1.5bn a year it costs to run the asylum system.

Labor immigration spokesman Stephen Kinnock said: ‘Rishi Sunak and Liz Truss are too busy competing with each other to continue Priti Patel’s failed policies and step up the rhetoric against refugees instead of proposing a plan to fight against criminal gangs that put lives in danger.

“The government is spending hundreds of millions without ever coming up with a comprehensive plan and as a result the number of people making life-threatening crossings has skyrocketed.”

Labor said they would spend the money ‘to bolster the National Crime Agency, as part of a comprehensive plan to prevent dangerous Channel crossings‘. 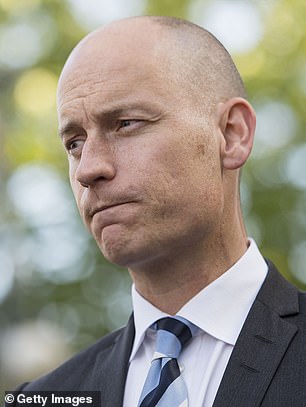 During the period covered by the expenditure, Channel migrants and human smuggling gangs have largely shifted from smuggling undercover on the back of lorries to using rubber dinghies and small boats.

Interior Ministry projections released in January suggest this year’s total would reach 65,000, although it is unclear whether Rwandan policy is deterring migrants.

In June, Home Office Permanent Secretary Matthew Rycroft said MPs’ crossings were “not increasing as much as this year’s projection”.

Speaking at a raid in Eastbourne, the Foreign Secretary said: “Now I spoke to my French counterpart last week to make it very clear that we expect French border guards to work every hour in Dover, to make sure our border is protected .’