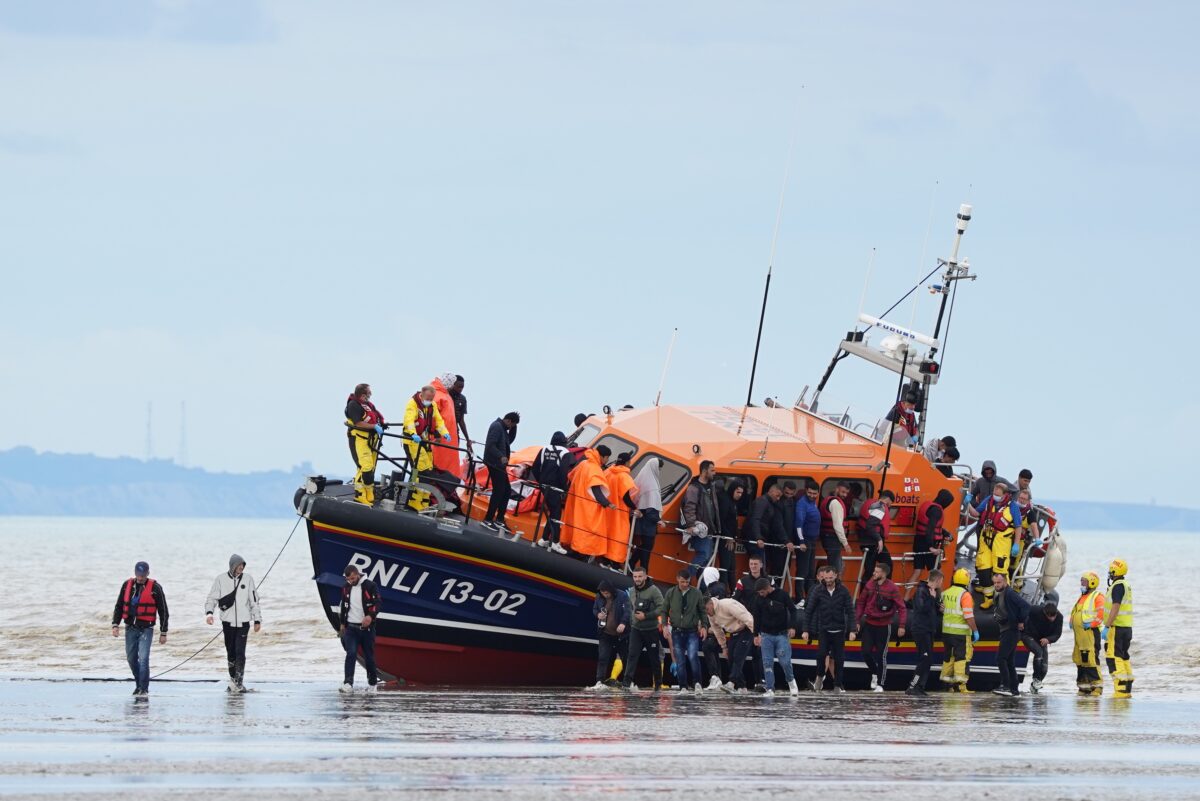 More than 25,000 illegal immigrants have crossed the Channel to the UK this year

More than 25,000 illegal immigrants have been detected crossing the English Channel in small boats to reach the UK since the start of 2022, according to UK government figures.

According to the Ministry of Defense, 915 illegal immigrants were detected in 19 small boats on August 27, bringing the provisional total for the year to 25,146.

So far, 8,747 crossings have been detected in August, including 3,733 in the past week, according to the analysis.

A record 1,295 illegal immigrants crossed the Channel on August 22, the highest figure for a single day since the current record-keeping system began in 2018.

The way UK authorities have handled small boats crossing the English Channel has been widely criticised.

Almost all of the dinghies and rigid inflatable boats were intercepted by the navy, the Royal National Lifeboat Institute or other British law enforcement vessels, who then took the illegal immigrants ashore and handed them over to authorities in the UK. ‘immigration.

He suggested the Royal Navy seemed to act as a “tourist guide” for illegal immigrants.

Armed Forces Minister James Heappey denied the charge and insisted he believed the Royal Navy had ‘taken control’ of the English Channel.

In April, Home Secretary Priti Patel signed a deal with Rwanda that involved sending illegal immigrants who had crossed the English Channel to the African country.

The deal was designed to deter those making the trip by sea, but 19,878 people have arrived by boat since it was signed.

The first deportation flight to Rwanda was stalled amid legal challenges in June, and the case is not expected to be decided in UK courts until October.

Two reports last month criticized the Home Office for its ‘ineffective’ response to the Channel illegal immigration challenge. One said the Border Force’s approach to preventing travel was “ineffective and possibly counterproductive”, while the other said the initial processing of those who arrived was “ineffective and ineffective”.

2022-08-28
Previous Post: The online newsletter makes sense of the Quebec election for English Canada now available at Boudeweel Public Affairs
Next Post: News from nowhere: Running on the fumes