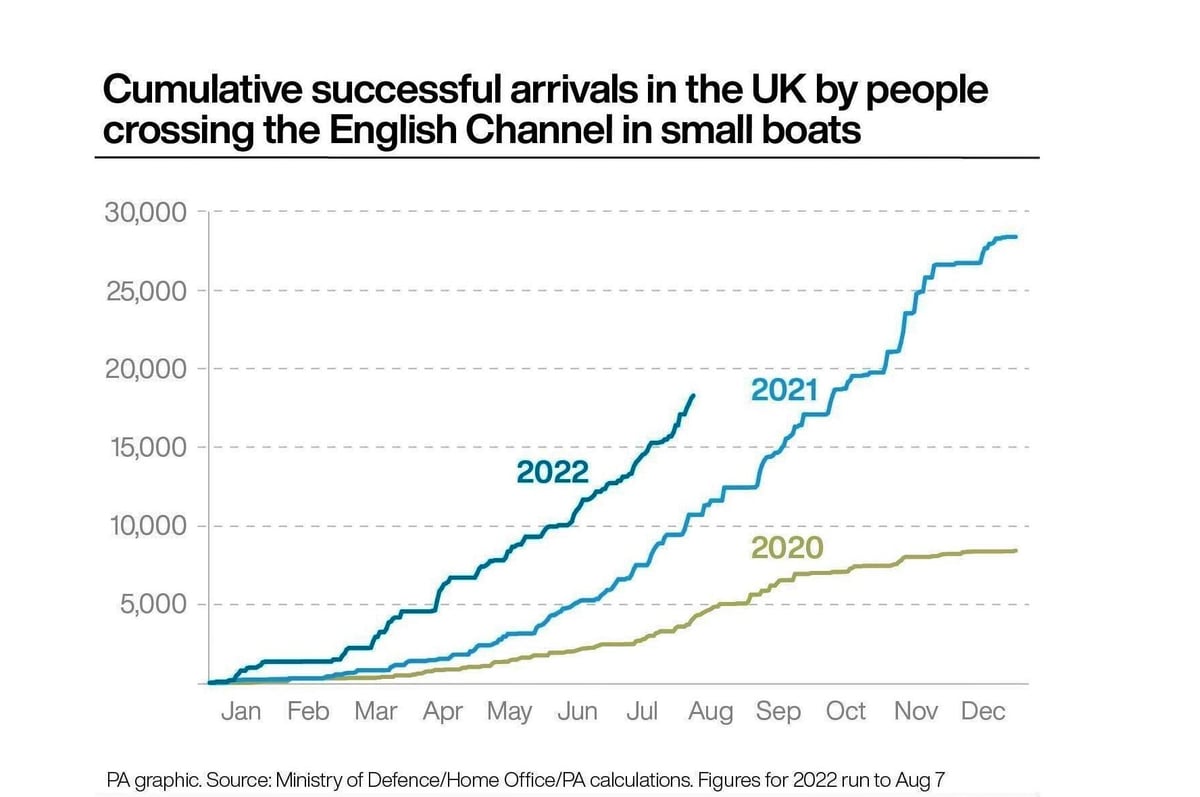 More than 13,000 migrants have crossed the English Channel since the government unveiled the plan for Rwanda

According to the Ministry of Defense, 176 people made the crossing on Sunday in five small boats, bringing the total to 13,016 since April 14.

This brings the total number of people who have crossed the Channel so far this year to 18,284.

A number of children and babies wrapped in light blue blankets, apparently distributed by authorities, were among those moved from the ship to a waiting bus.

A young boy, carrying a backpack and clutching his blanket, smiled before boarding the transport.

Analysis by the PA news agency of provisional MoD figures shows that 1,885 people have been brought to the UK so far in August.

In April, Ms Patel hailed the Rwanda deal as a “world-class” plan that provided a “model” for other countries to follow.

“The UK asylum system is collapsing under a combination of real humanitarian crises and malicious smugglers who profit by exploiting the system for their own gain,” she said. “This has devastating consequences for the countless men, women and children who have tragically lost their lives or loved ones on perilous journeys.

“Global leadership is needed to find new, innovative solutions to this growing problem.”

The week in which the deal was announced turned out to be the busiest of the year for migrant crossings, when 2,076 people crossed the Channel.

More from the newsletter: