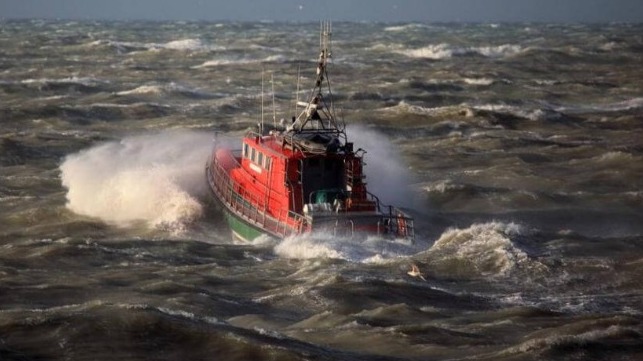 
Authorities in France and the UK have both reported they believe an unnamed container ship was responsible for the biggest migrant crash that has claimed many lives in the English Channel. French authorities report that between 27 and 31 people died when the inflatable raft they were in sank with one person still missing and only two survivors rescued in what becomes the latest international incident between the countries.

It began to unfold on November 24 after a local fisherman reported seeing bodies in the English Channel. French and British rescue authorities began a search with the French report that they had recovered the bodies which included at least seven women and three children. French rescue authorities had requested help from all ships in the area in the frantic search while French and British rescue ships and helicopters also searched the water. They reported that only a few of the individuals appeared to have life jackets on, but most succumbed to hypothermia in the water.

Speaking to the two survivors, they were able to piece together a report that the 32ft inflatable dinghy intended to hold a maximum of 10 people had set off from a beach near Dunkirk in bad weather to attempt to cross the English Channel. . Survivors reported being hit by a large vessel which immediately deflated the tarpaulin, sending everyone overboard. The French authorities were able to recover the dinghy and bring it ashore.

The French prosecution said it was still trying to identify the victims, their age and nationality. They have also opened a full investigation saying there may be charges including manslaughter and organized illegal migration. In the hours following the tragedy, French police arrested five people they believe were the ringleaders of a smuggling operation to transport migrants across the English Channel. French authorities reported that the individuals had paid smugglers up to $8,000 in the hope of reaching the UK.

French government officials called it a day of tragedy while French President Emmanuel Macron and British Prime Minister Boris Johnson reportedly spoke of the lingering migrant problem. Johnson is said to have reiterated his calls for the French to do more to stop the flow with some reports saying Britain has even offered to put troops on French beaches. Macron is calling for an increased international effort to prevent migrants from coming to France as the government says it has already significantly increased its efforts along the coast in 2021. Media said on Thursday there was a French presence increased along the coast.