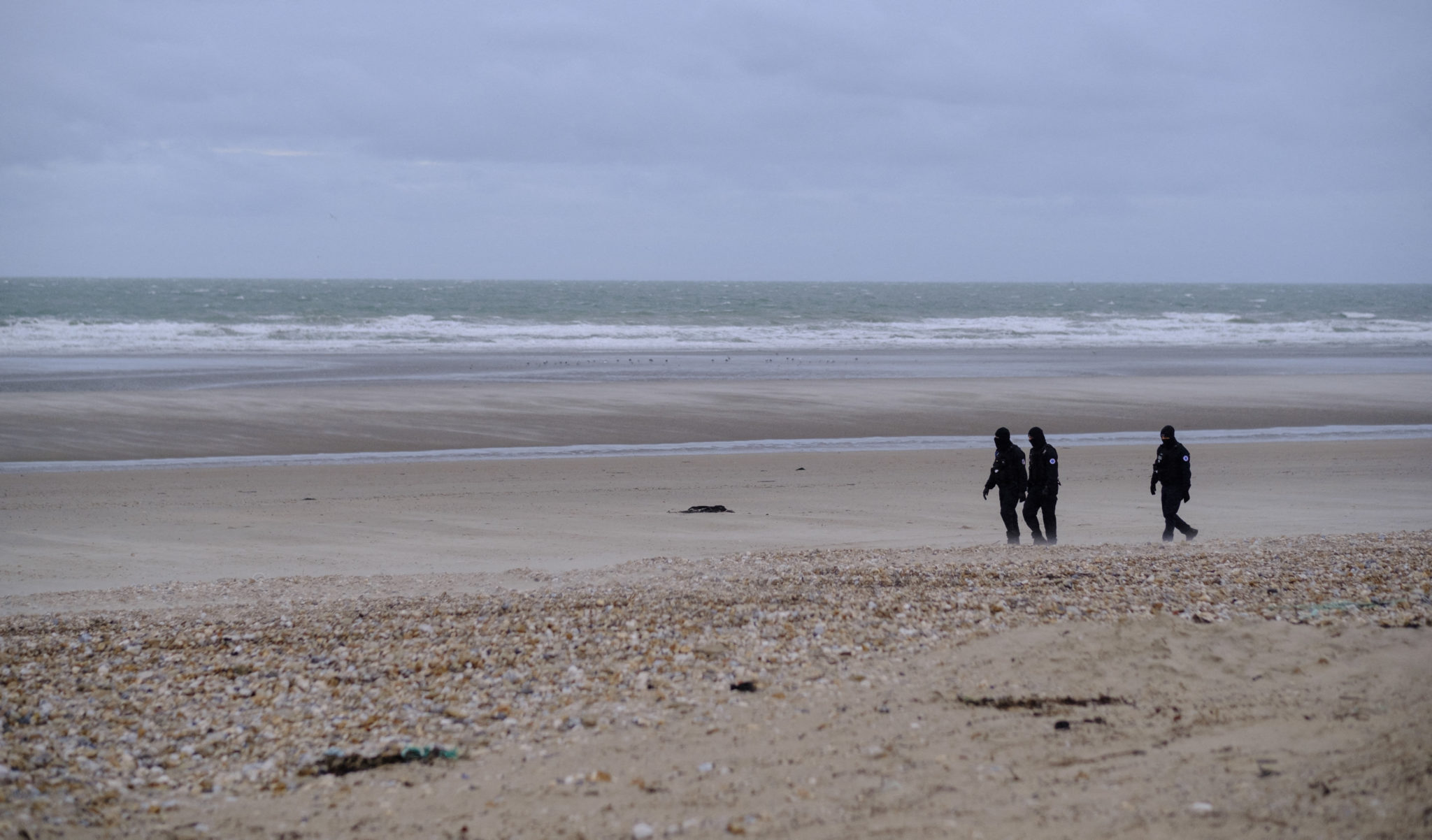 Migrants increasingly cross the English Channel and die along the way

Lampedusa glistens in the relentless sun, its clear turquoise waters against a backdrop of white sand. The scorched beauty of this small Italian island belies the desperation off its coast, even on the highest part of the country, where a crowded refugee camp is hidden from view from ordinary Lampedusians.

The first European point of contact for thousands of migrants and refugees attempting to cross the Mediterranean from North Africa, the island is a risky beacon.

Since 2014, more than 17,000 children, men and women have deceased while trying to get to Europe by extraordinarily dangerous route from North Africa to Italy, according to the International Organization for Migration. Most of them drown in overcrowded boats that have never been seaworthy.

In a single day last May, 1,000 migrants and refugees achieved Lampedusa. That made 11,000 who had landed since the beginning of the year. With an official capacity of just 192 people, the island’s only migrant detention center is seriously overcrowded. hosted on average more than a thousand migrants in September 2020, according to the Italian newspaper Il Sole 24 Ore.

I last reported from Lampedusa in 2015, but the remote island has been on my mind lately due to rising headlines about migrants and refugees dying trying to cross another body of water, the Channel, very busy. At the end of November, 27 people died at sea when their boat capsized. More than 25,000 migrants and refugees have crossed the channel so far this year, CBS News reported. Until recently, they mainly traveled to England by truck, but an increase in security checks at the port of Calais in France has made this route less practical. Added to this change is a decrease in vehicle traffic due to COVID-19, Tony Smith, the former director general of the UK Border Force, Told BBC News.

Reading the CBS story, I saw the blinding light of Lampedusa again. During my week there in June 2015, at least 24 people died trying to reach the island – and the chance for a better future they hoped it offered.

When I arrived at the detention center on the island, there was almost no way to access the refugee women. First, I had to go through the dirty front doors, which were constantly guarded by the riflementhe military police.

Before I arrived, I got official permission to enter. But when I got there, that permission had magically disappeared. This led to four dusty days of standing outside doors, stomping beetles, and begging guards to let me in.

By the time I was finally allowed through the doors, I was told that I would only be allowed to speak to two women. Two, out of 71. My mouth was wide open for any beetle to enter.

In the end, NGO workers were ready to tell us some of the stories they had heard from the women at the centre, including the time a Nigerian woman gave her own child, born of rape, to one of them.

Virtually everyone I met was stabbed, beaten, raped or shot on the journey from sub-Saharan Africa to Italy to Libya. But these stories came to us mostly from men – they were the only ones jumping the fences and walking down the city’s main street, Via Roma, which was surrounded by outdoor cafes. The police would eventually round up the men and move them back up the hill, but while I was there I got to know a number of these young people.

Five men from Sudan, Morocco, Gambia, Eritrea and possibly Syria (one man changed his story several times) sat and chatted with me for hours. All of them had mobile phones with depleted sim cards which made me spend a sweaty hour from bank to bank trying to change what little money they had into euros so they could get their phones working again phones. Apparently local store and bank employees refused to do business with them.

Even with their useless SIM cards, the men were able to show us pictures of the interior of the centre, which we had been forbidden to visit. The overcrowding had forced them out onto the cement, where they had set up a sort of cube of thin mattresses to cover themselves. Boredom and frustration were a daily toxic mix in the establishment. Everyone was fighting for food. The air was heavy with trauma and the burden of an unknown future.

At one point, Aden, 22, from Sudan, pulled up his shirt to show a ragged scar from a gunshot wound he said he received while imprisoned while in transit through Libya. David, 26, described coming on a boat with 560 people. He said they had gone 24 hours without water and the engine had failed, making them all sick from the smoke. Sami, 33, had a bandage on his arm where he had burned it on the engine in the crowded hold of his boat.

When the men realized I had a working phone, they begged me to let them text their families to let them know they were fine. None of them had spoken with their family since they had left home weeks or months before. One of them managed to reach his brother—exhilaration!

The phone circled as I played referee, making sure each man got his turn. We huddled around our coffee table, espresso cups and cigarettes strewn about, visibly tense as we watched each person trying to reach their family members they were now very disconnected from and very, very far away from.

Despite everything I’ve written while I’ve been on what I sometimes consider the ‘Rhythm of Misery’, there’s still so much more to say and show about the women and men I’ve met. over the years. I have thousands of photos that would give you a visceral sense of despair.

But I think the photos here will really show how discouraged, belittled and desperate people must become to attempt such a deadly journey. These photos were taken at Lampedusa’s “ship cemetery”, among the remains of the rickety containers that transported pregnant women, babies, families, to this shore.

You can see the few possessions that people have brought with them and lost or left behind during their travels, which ended in either rescues or drownings: water bottles, socks, T-shirts, sneakers, cigarettes. You can see why, with no shade for shelter, those on top of the boats became poisoned by the sun.

But to really understand the real nightmare they lived through and continue to live through – if they survived the journey – consider that the smugglers gave space to the lighter-skinned Arabs above the bridge, but forced black Africans to stay below decks, where the heat becomes unbearable, where diesel fuel leaks and burns skin. Even among the miserable, the men who take money from migrants often leave them without food and water, and sometimes traffic them to Italy without their consent, and still stratify people by their skin color.

Despite this and a litany of other humiliations and deprivations, despite the ever-present threat of violence and disease, despite bureaucracy and closed borders, despite the absence of concrete prospects in the countries to which they are fleeing, the men and the women I have encountered in my reporting are willing to risk losing everything due to the severity of the conditions into which they are often born.

In June 2020, vandals burned The Lampedusa Boat Graveyard, destroying hundreds of carcasses that were such a powerful symbol of the migrant and refugee crisis. But erasing these signifiers of suffering has not erased the drivers that drive people to want to die for a better life. As nations close their borders and media pundits wring their hands on immigrant population booms, Channel crossings are on a meteoric riseand the vast flow of people across the Mediterranean keep on going.

At the end of September, nearly 700 migrants and refugees were saved of an overloaded 50-foot boat limping off Lampedusa. And just three weeks ago, 75 people drowned in these blinding turquoise waters.

As long as wars continue to displace people and repressive governments deny them fundamental rights like freedom of thought, freedom from torture and education, they will continue to risk everything for a chance at a better life.

2021-12-11
Previous Post: From the Channel to the Mediterranean: borders that kill
Next Post: Migrant drownings in the English Channel are part of a century-long tragedy