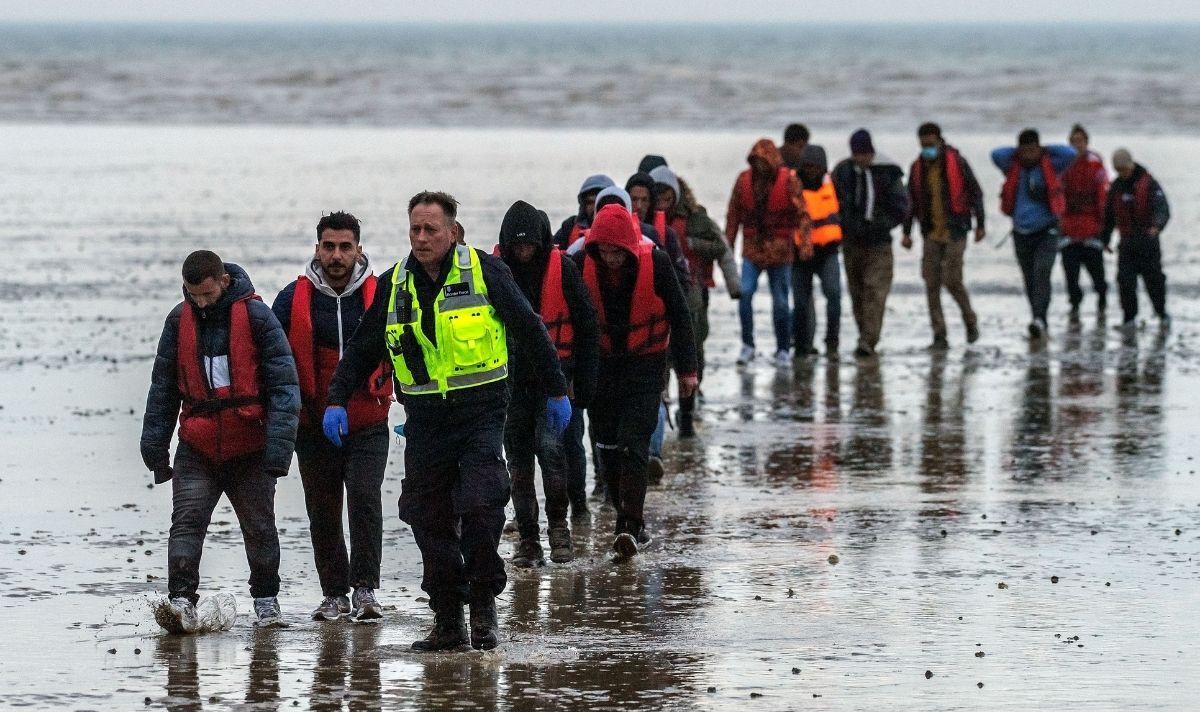 Rwanda: Expert reveals migrants not deterred from coming to UK

On Saturday, a total of 167 people made the crossing in 13 boats, according to the Ministry of Defense. Just 24 hours later, at least 300 people were picked up by Border Force vessels and RNLI lifeboats in choppy conditions in the world’s busiest shipping. Some of those people were brought to Dungeness beach in Kent, while most were taken to the harbor in the port of Dover.

A mixture of men, women and young children were brought into the safety of the port.

Groups of migrants who had made or attempted to make the crossing were taken on coaches and taken to the immigration processing center at the old Manston Airport.

There have been nine days of Channel crossings so far this month, with 1,700 people arriving in the UK.

The highest daily total this year was recorded on April 13 when 651 people crossed the dangerous stretch of water in 18 boats.

A total of 8,066 people have been detained by border forces in 256 small boats this year (Image: GETTY)

A total of 8,066 people have been detained by border forces in 256 small boats this year so far.

But the British government will be concerned that efforts to crack down on migrant crossings are not working as well as expected, with the number of people arriving this year around three times higher than last year’s rate for the same period.

The Government will be concerned about the high level of migrant crossings (Image: GETTY)

This weekend’s arrivals come after the first people were told of the UK government’s plan to relocate them under the recently announced Migration and Economic Development Partnership, which will see their applications processed in Rwanda.

This weekend, Prime Minister Boris Johnson said 50 migrants had already been told they were to be flown to the East African nation, but expected legal opposition to the move.

Prime Minister Boris Johnson says 50 migrants have been told they need to be airlifted to Rwanda (Image: GETTY)

“Through our Nationality and Borders Bill, we are cracking down on smugglers and fixing the broken system by making it a criminal offense to knowingly arrive in the UK illegally and introducing a maximum sentence of life imprisonment for those who facilitate illegal entry into our country.”

Last week ministers were told that migrants coming to the UK in small boats were ‘working directly against’ the interests of refugees fleeing war.

Tory MP for Ipswich Tom Hunt insisted helping Ukrainians and Afghans fleeing war was the “right thing to do”.

But he added: “That challenge is made much more difficult when we have an illegal parallel flow of invariably young men arriving here illegally from another safe European country.

“The reality is that these people who come here illegally and do not seek asylum in the many other safe countries they have passed through, are working directly against the interests of some of the most desperate families fleeing persecution.

“I think the more we can affirm that the better, and that’s totally my view, and I think it’s important that the government has understood that.

“In fact, I think that’s the view of most of the country, that you make the distinction between those who flee areas of persecution and come here, and those who refuse to seek asylum in France and in other safe countries.

“I think it’s important that we make that distinction.”