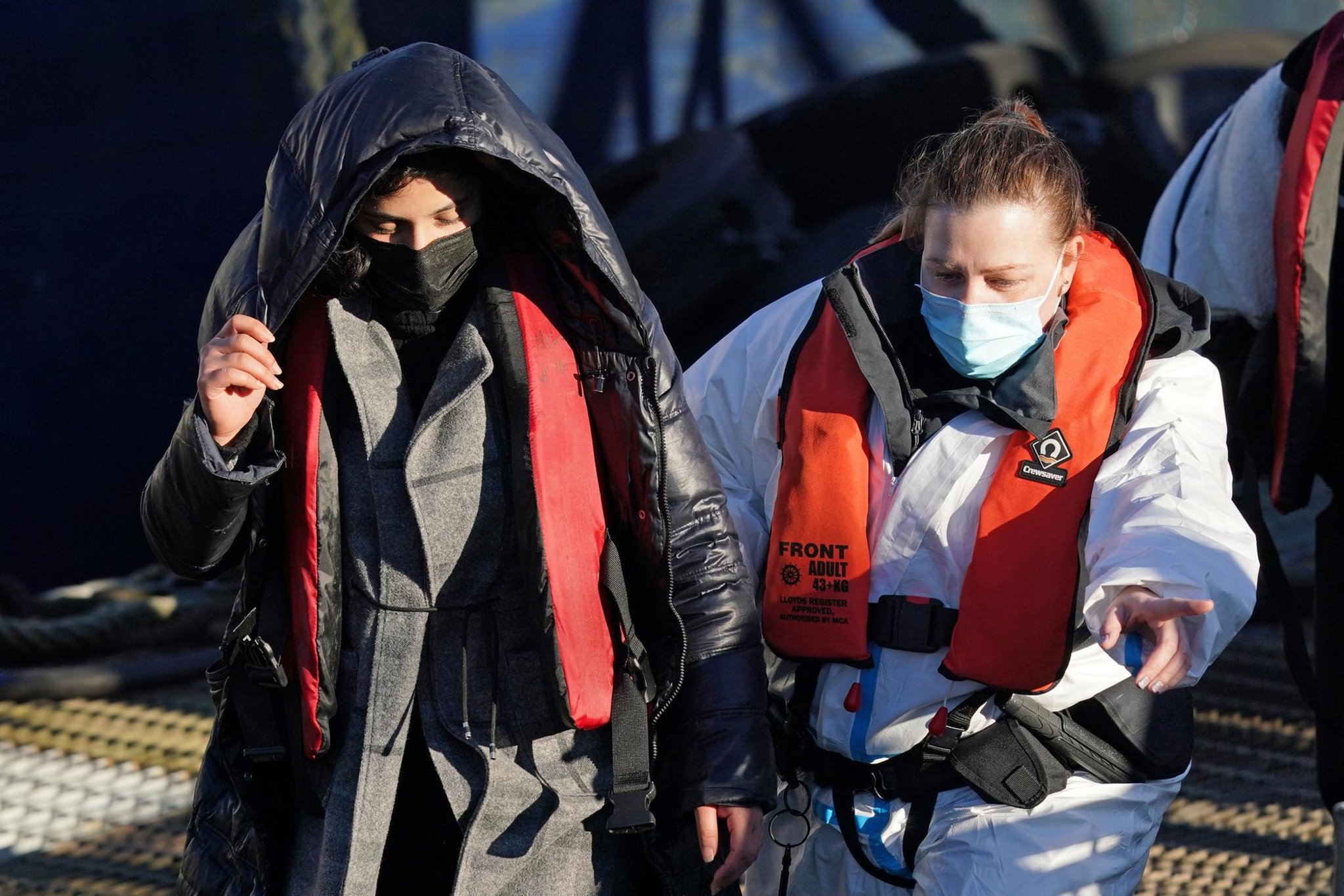 Migrant dies trying to cross Channel as scores are saved

He was found unconscious and pulled out of the water after falling overboard as he and others attempted to reach the UK.

French rescue teams went into action in the early hours of Friday. The man was brought ashore, but pronounced dead.

Register to our daily newsletter

The newsletter mute the noise

An investigation for manslaughter has been opened, said the Boulogne-sur-Mer prosecutor’s office.

On Thursday, a group of people believed to be migrants are brought to Dover, Kent, by Border Force officers. Photo: Gareth Fuller/PA Wire

A total of 32 people were rescued off Berck, near Calais, in a state of hypothermia.

In UK waters, several Border Force vessels were active off the Kent coast for much of the day.

Around 35 people were seen being escorted ashore in Dover by immigration staff on Friday afternoon, including a frail man supported by two officers.

The death comes less than two months after at least 27 people died when their boat sank off the coast of France in November.

Despite the dangers, more than 450 people have crossed the English Channel in small boats so far this year, following a record year in 2021.

At least 271 people aboard ten small boats reached the UK on Thursday, including a young child wrapped in an orange life jacket and wearing a beanie.

Mike Adamson, chief executive of the British Red Cross, said: “It is devastating to hear that another person has lost their life trying to cross the English Channel. Our hearts go out to them and their loved ones, who do not may not even know what happened yet.

“There are no simple answers, but we urge the government to rethink its plans to make the UK asylum system harder to access. This should start with ambitious plans for safe new routes and a commitment to resettle 10,000 people a year.

Steve Valdez-Symonds, Director of Refugee and Migrant Rights at Amnesty International UK, said: “Once again someone has lost their life in tragic and avoidable circumstances, and our hearts go out to family and friends who are experiencing this devastating loss.

“This tragedy is made all the more unbearable by the refusal of governments on both sides of the Channel to address the needs and rights of those forced to attempt these dangerous journeys.”

2022-01-14
Previous Post: Channel: The number of migrants rescued by France tripled in 2021
Next Post: A Sudanese man died trying to cross the English Channel – French authorities