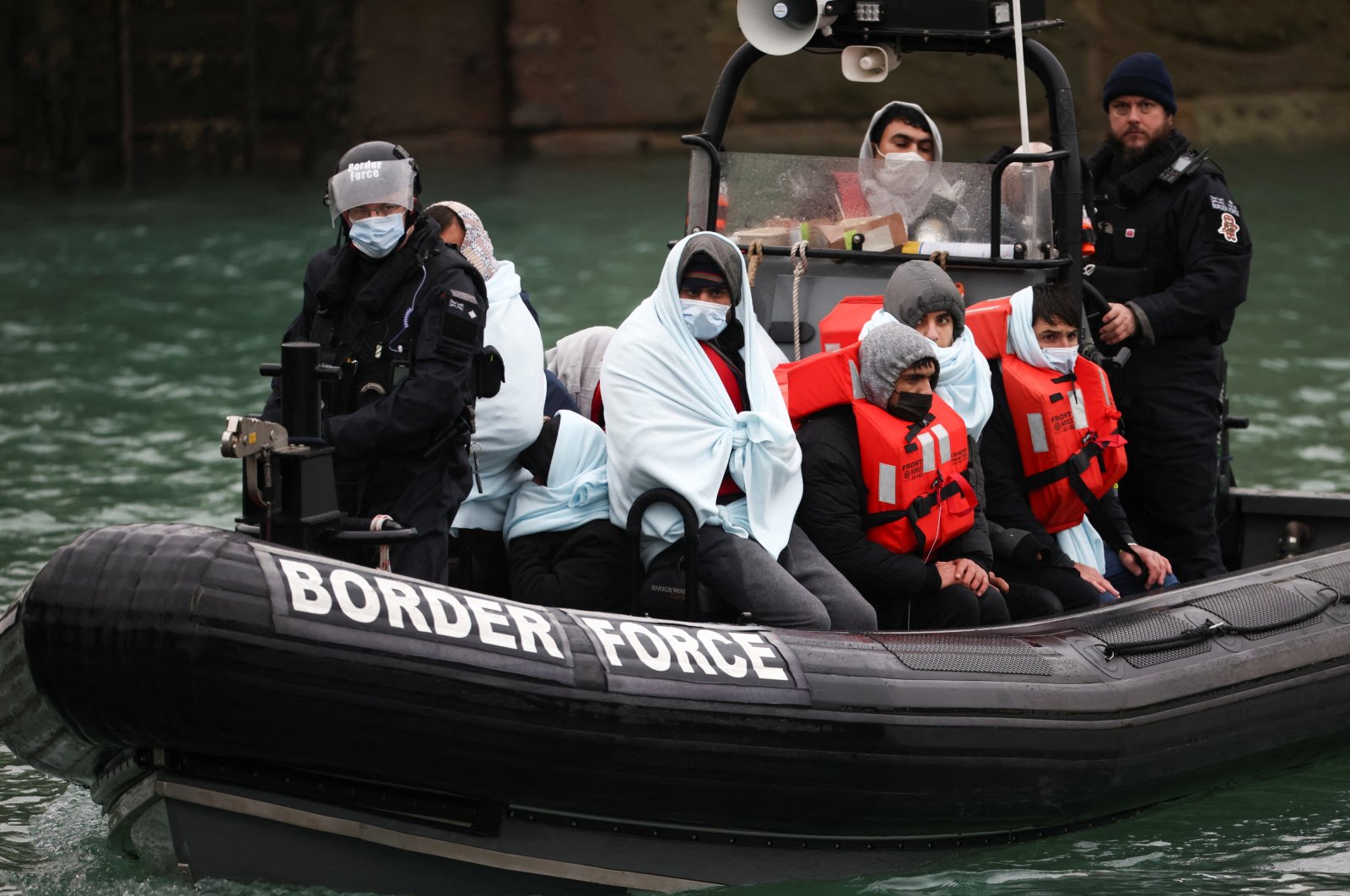 Migrant crossings to UK via Channel triple in 2021

Arash took his first steps on English soil on a cloudy and drizzly day in May after attempting a perilous Channel crossing from northern France.

UK Border Patrol intercepted the dinghy he and others spent five hours dodging waves and traffic on one of the world’s busiest shipping lanes, and brought them back to earth.

Arash, 28, who is now seeking asylum in Britain, is among more than 27,000 people who have attempted the perilous journey in 2021 – a record.

In 2020, only 8,400 people crossed the English Channel in small boats. While the numbers have soared, so have deaths, with 36 this year, including 27 who died in a single incident in November.

But Arash, who asked that his real name not be used because he fears persecution for his religious beliefs in his native Iran, said the risks were worth it.

“When you have no hope in your country and your life is in danger, you will try your luck and you will risk doing this dangerous thing,” the former engineering student told Agence France-Presse ( AFP).

Arash left his home in southwestern Iran in 2018, heading to northern France via Serbia, Greece and Germany.

On the way, he paid thousands of euros to smugglers and used two false passports.

Most were from Eritrea, Iran and Afghanistan, he said.

British authorities have linked increased arrivals to the use of larger inflatable boats, but the rickety boats are still often crowded with passengers.

“He (the dinghy) was definitely overloaded,” Arash said of his own trip. “We had no space to move around the boat.”

As they set out to sea from France, he said he was filled with a “feeling that was a mixture of fear and hope”.

The high number of migrants crossing into Britain from mainland Europe has become a political headache for British Prime Minister Boris Johnson and his Home Secretary Priti Patel.

The 2016 campaign to leave the European Union, which Johnson has staked his political career on, promised to “take back control” of Britain’s borders.

But officials have since admitted that the number of asylum seekers sent back to the EU has fallen sharply, with Britain now excluded from a return deal between member states.

The flow of migrants has also soured Britain’s relationship with France, sparking an unseemly blame game even as the two sides try to disrupt people smuggling networks.

“Years of ministerial mismanagement” means that “whenever there is additional pressure on the system, it cannot cope”, he said.

“The Home Office is taking longer than ever to adjudicate on people’s claims. These unacceptable delays mean refugees are staying longer in the asylum system and the department is struggling to find housing.”

The government’s Nationality and Borders Bill is currently before parliament, promising tougher measures against smugglers and, controversially, migrants themselves.

A spokesman for the Home Office said the bill ‘will fix our broken asylum system, creating a fair but strong immigration system that protects the most vulnerable and cracks down on illegal immigration and criminal gangs who make it easier”.

If passed, the bill will allow the return of asylum seekers like Arash who have passed through so-called “safe third countries”.

Human rights groups are furious and nearly eight months after his arrival, Arash said he “expected better” from life in Britain.

He was taken for treatment in a squat red-brick building at the foot of the chalk cliffs that overlook the south coast harbor of Dover, and from there to London.

But since then he has been in a hotel on the outskirts of Heathrow Airport, waiting to hear a decision on his refugee status.

Like the number of crossings, the statistics indicate a multiplication in the number of asylum seekers receiving emergency assistance while in such “initial accommodation” before obtaining an apartment or shared accommodation elsewhere.

“Why are we in the same place, without any plan and it’s more or less like a prison?” Arash asked.