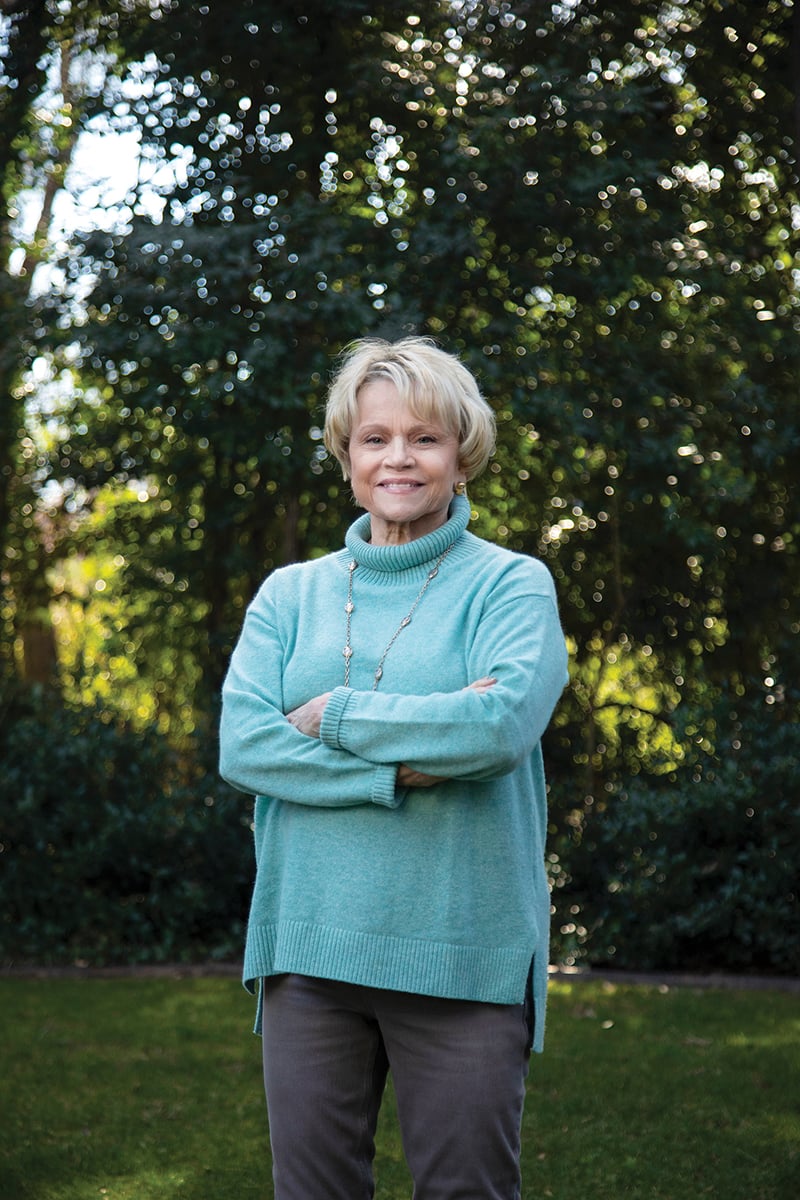 Diana English announced her retirement as CEO of Community Building Initiative in November, effective end of 2021. It helped founded the organization in 1997 after a series of police shootings against unarmed black people, and since then established programs have been designed, according to CBI, “to equip people and organizations with the knowledge, skills, and the courage to challenge prejudice, remove barriers to opportunity, and build a more equitable and just Charlotte-Mecklenburg.

These are hard things to measure, and English admits the good CBI has done in Charlotte over the past 25 years has been met with a national backlash against social and racial progress. No city is an island, and ongoing episodes of police violence against racial minorities, anti-immigrant policies, and resistance to basic COVID protections hamper the work of community relations as surely here as anywhere else. “Something has cracked in this country that’s bled out some really nasty, dangerous, toxic stuff,” English told me in December, “and it’s deeper inside people and areas than we know. maybe thought so.”

English, 78, grew up in Maryland, New York and the Chicago area after her parents immigrated from outside Toronto in the early 1940s, and she moved to Charlotte with her first husband in 1973. She did not begin community relations work, though, until the late 1980s when she attended the funeral of education activist Bruce Irons and realized he had befriended people across racial and economic barriers. English has sworn to do the same and is committed to both her work and her husband Roger English, who died in 2015 after a long battle with primary lateral sclerosis (PLS), a degenerative motor neurone disease.

English led the interfaith community organization Mecklenburg Ministries from 1990 until she co-founded CBI, which to date has appointed a committee to search for her successor. She says people should understand that she and the organization are not synonymous: “There’s real value in letting go of something so it’s not seen as such. His words are his own and have been edited for length and clarity.

It’s time for me (to retire), and I think it’s a good time for the organization. Frankly, I’m curious if I have a third act, what it might be, and, well, my brain and my parts are still in place.

CBI is 24 years old. He’s, I think, stronger than he’s ever been, and I think the work is as relevant, or more relevant, than ever. It has become a trusted resource. I think we have defined a role of equipping people with information, knowledge, skills and courage. I also think it’s a good time for new energy, new legs, new intelligence, new ways of looking at things.

(On whether Charlotte is more or less fair than 1997)

I think it’s just changed. I think – how to say that? – the last few years have been a blow in terms of when the lid has been removed from the box with Trump, with this election. … From the start, this country was designed to benefit some and disadvantage others. It’s embedded in our social structure, in our economic structure, everything. So our understanding of equity in CBI has evolved to say, “If you want to work for change, you recognize, you analyze and you strategize to take action. You don’t start by trying to fix it.

I think it was the accumulation of things, and then the pandemic locks it in: OK, if you can’t work from home, why does the burden fall so disproportionately on certain people, on certain sectors?

It’s like toxic waste. It’s not a problem until it’s stirred again. People say, “Why are they so angry? Then the other side says, “Why are they so ignorant?” We want to believe we fixed it, or papered it over, or it’s the past. But something else happens, and it comes back. It shouldn’t have surprised us that everything that’s been revealed through the pandemic is there. The idea of ​​a return to normal is not a sufficient answer. Normal wasn’t that hot for a lot of people.

we can’t load our children with the things we are not ready to face.

Most of us understand that the philanthropic community or, for a time, we thought, the religious community should take care of this… But nothing equals the power of the public sector to invest in the things that need to change. So I think a lot of it depends on where you direct your philanthropy or your investment, and what I think we haven’t done a good job of — and I think we have that on the table right now time — it’s to look at the systems. If you examine the evidence of disparity or discrimination based on people’s needs, the systems work exactly as they were designed to work and produce inevitable results.

Inequalities on the ground produce these outcomes that we try to mitigate through money and investment or, you know, blaming people not systems, and trying to fix people. It doesn’t mitigate personal responsibility, it doesn’t mitigate bad choices. But there is simply too much evidence of inequity, and people bear the brunt of it. Now you can’t turn right or left without hearing the word “equity”. Use the word and understand the word are two different things.

about 10 years ago, we began to ask ourselves if we were an organization focused on inclusion and equity. We were doing a pretty good job of working on the inclusion piece, and we were looking at fairness a bit, but not intentionally. So the idea was either to remove it from the mission statement or to do something while learning. We took our board through an exploration, with the help of really talented people, and we’ve really tried to educate ourselves so that we have a language to talk about equity, and then deepen our understanding.

For some time, I was made more aware of the line of contempt and the ability we had to abuse the black body because we don’t think it’s worth it, or the culture said, ” He’s not a full-fledged human being. It is a disposable commodity. I honestly don’t understand the courage it takes to occupy a black body.

It’s part of the evolution awareness and recognition. Some people have always known this; those of us who have had the privilege of not knowing or not recognizing are slower to understand it. I mean, it’s only been, I would say, in the last five or ten years that I really understood that my father, coming here from Canada, had access to more capital, property, benefits and benefits of this country, than a colored man who served in World War II. There’s something wrong with that.

At the end of the day, let’s say we fed 400 hungry people, and people say, “That’s wonderful. And I did. But who asks, “Why are they hungry?” Someone has to ask themselves these questions.

I made a commitment it’s been a long time since if I retired, I’d lie fallow for six months. My husband had motor neurone disease. So you know, Charlotte hbecause gave me a space and a place to honor the commitment I made to him and to my family, while finding a space for me to invest and engage. I am very grateful to you. I feel an investment in this, and I have kids here, and I don’t want or need to be anywhere else right now.

What I liked about CBI: How do you consider the collective as essential, then accompany people in their various ways of experiencing it? And so with Leaders Under 40 (a CBI program), in my last session with them today, people will say, “Well, what’s the result?” I don’t know what the result is. But I’ll bet on Troy Leo. I bet on Spencer Merriweather. They are going to do great things. And our responsibility is to equip them and support them.

I had a great race. I really have. It’s relationships, people, people’s ability to be vulnerable, to be brave, to be wrong. There are days when I have a lot of hope, because that’s my nature. I think it goes back to Cornel West, you know, being a prisoner of hope because you don’t know the rest of the story.

I think I was gifted with an innate curiosity, a creative side, a willingness to try his luck. In our leadership development program, people will say, “Oh, I’m having fun”. And I can honestly say, “Well, you’ll be fine,” and I mean it for all the right reasons. Because you want to be on the edge of discomfort. So, you know, I think I was helpful or willing to support some of that and take some risk.

I did not go out on the median with the picket sign. But I think what I’ve been able to do is create containers where people can connect and hopefully be encouraged to wrestle with things. It’s a collective responsibility, and we each have to find our space and our place, and we have to assume that if we want to move forward together, we each have to take a piece of it and, every day, focus on it.