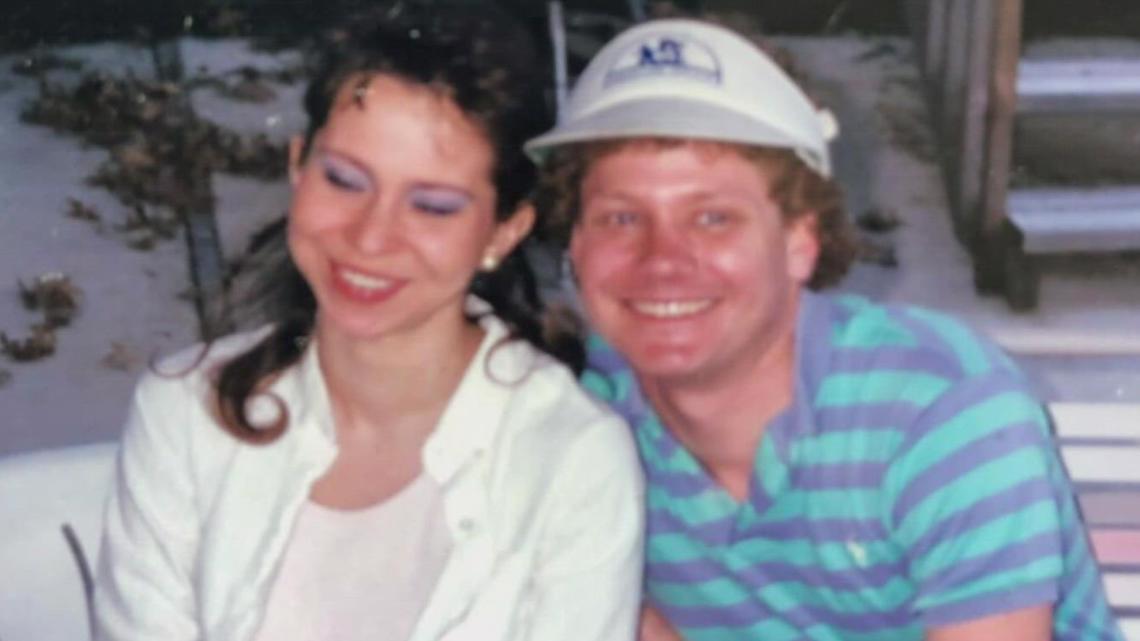 Inspired by his late wife’s fight against cancer, Jonathan Whiting is attempting one of the greatest sporting feats in the world.

KIRKWOOD, Mo. – Only about 2,000 people have managed to swim across the English Channel from England to France.

Jonathan Whiting of Kirkwood, 60, hopes to join this impressive list.

It’s a 21 mile swim that can stretch up to 30 miles depending on the tide in 60 degree water. He does it without a suit, without help and without stopping.

But he doesn’t do it for himself. Whiting still thinks of his wife, Lori.

“I think we were kindred spirits. We were so in sync,” Whiting said.

At 49, Lori discovered a lump in her stomach. What they hoped was nothing turned out to be something they had never heard of.

“I went to get the test results, and the doctor came in and said, ‘We have cholangiocarcinoma. There is a 15% chance that you can live five years. There is no cure,'” Whiting said.

They tried experimental treatments, but it wasn’t enough. Lori died at age 53.

During his fight, Whiting said his wife’s spirit and positive attitude inspired him.

“She was always in a good mood, you know, with doctors and nurses and friends. And never really. If you didn’t know she was diagnosed with cancer, you’d know she had it because the way she was acting. you smile,” Whiting said.

So now he’s about to attempt one of the greatest physical challenges on earth, armed with his wife’s memory.

“If you’re diagnosed with cancer, it’s scary and you have no choice. Yeah, swimming in the canal is scary, but I have a choice, so I want to use the strength she showed me to give me strength to swim across,” Whiting said.

Whiting said he hopes to raise money and awareness for cholangiocarcinoma with his swimming, and help save people like his wife.

You can read more about Whiting’s swim and his mission to honor his wife at 21milesofhope.org.

2022-03-02
Previous Post: In ‘The Courtship’, 3 New Jersey men head to an English castle in search of love
Next Post: The Osceola Library System will host English for Families at the BVL Library starting March 21