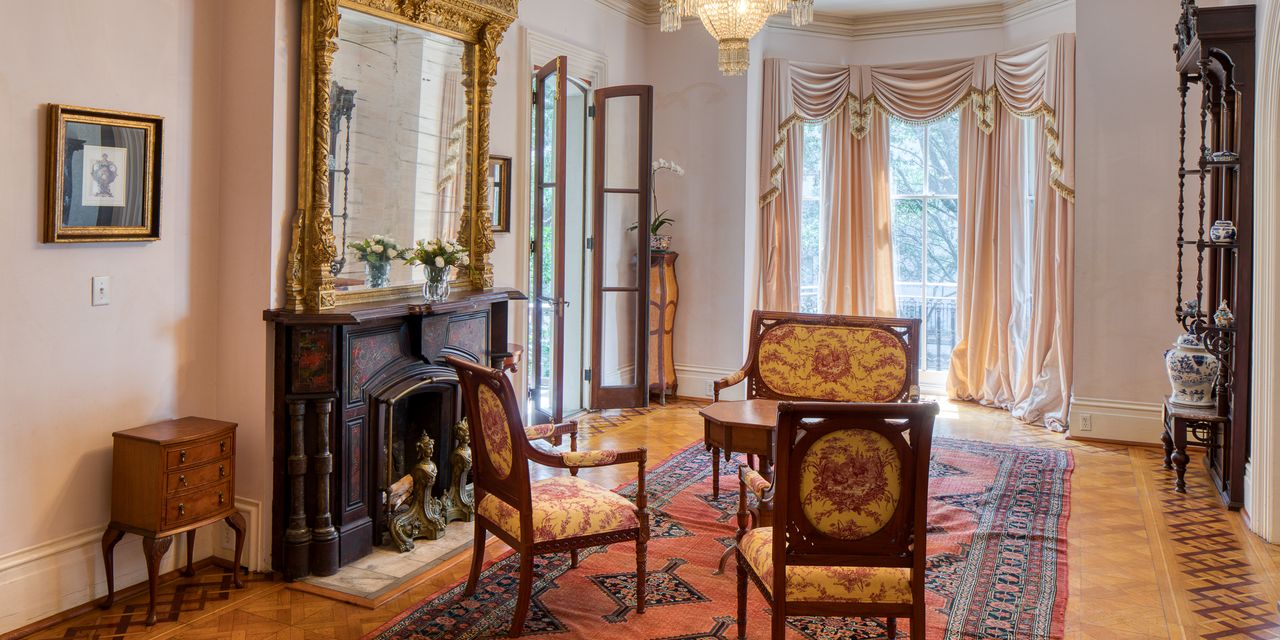 In Savannah, a 150-year-old house with an English pub-style bar sells for $2.705 million

A roughly 150-year-old home in Savannah, Georgia that sold for $2.705 million will be part of a new local college.

A private donor purchased the six-bedroom home on behalf of Ralston College, according to listing agent Staci Donegan of Seabolt Real Estate. The nearly 8,000 square foot home, built in the mid-1800s, was listed for $2.95 million in September 2021, she said.

The seller was Karen Ringsby, the widow of Denver businessman Don Ringsby.

The house has three side porches.

A living room with a fireplace.

A living room with a fireplace.

The house has inlaid parquet floors.

After buying the house, the Ringsbys expanded the kitchen.

A bedroom with two fireplaces.

Ralston plans to use the house as a residential, classroom and office space, said Stephen Blackwood, president and co-founder of the college. He said the college is in the process of acquiring several historic downtown properties. Ralston received state degree-granting powers in 2020, and his first cohort of 20 fully-scholarship-funded students will begin this summer, he said.

Mr. Ringsby, who died in 2020, was the son of Denver trucking magnate Bill Ringsby and former president of the Denver Rockets American Basketball Association team, which would later become the Denver Nuggets of the NBA.

The Ringsbys bought the house as a vacation home for $1.375 million in 2005, after visiting Savannah and noticing the “beautiful trees, parks and historic architecture,” said their son, Alex Ringsby. After buying the house, they added an elevator and expanded the kitchen, he said. Ms Ringsby is selling because she now plans to stay close to family in Aspen and Denver, her son said.

The 4-story house has inlaid wooden floors, 14ft ceilings, crystal chandeliers and an English pub-style bar, Ms Donegan said. The property also has an independent apartment on the ground floor.

Mr Blackwood said the house appealed to the college because it was well suited to events. “Many large homes in Savannah were built to accommodate gatherings of people,” he said.

The approximately 0.1 acre lot sits across from Forsyth Park, known for its historic fountain and mossy trees. Lined with a wrought iron fence, the house has three side porches, Ms Donegan said.

The buyer was represented in the transaction by Bobby and Liz Davenport of Berkshire Hathaway HomeServices of Savannah.

Savannah homes sold for a median of $275,000 in March, up 6.8% from the same time last year, according to listings website Redfin.