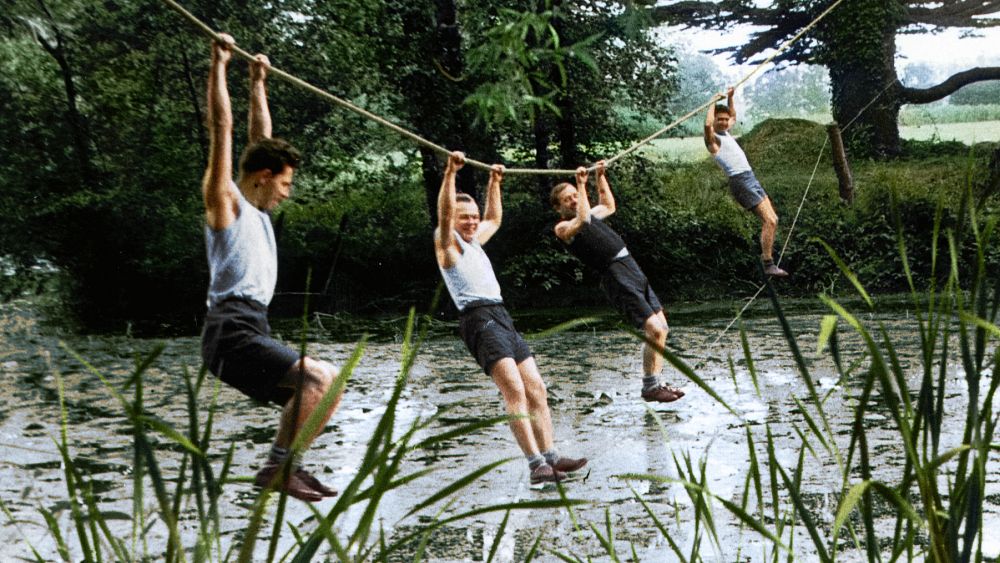 Take a walk in the peaceful domain of Audley End Houselocated in the countryside between London and Cambridge, you could be mistaken in thinking that the country house simply has a long history of aristocrats wandering to and fro without worrying too much beyond horses and dinner dishes.

You would be wrong.

What may look like a typical English estate, was briefly the home of an elite Polish Army training regiment during World War II.

May 1, 2022 marks the 80th anniversary of the British conversion of Audley End into a collaborative operation to create a Polish Army special operating unit called the Cichociemni (pronounced chick-o-chem-knee). Or in English, “the Silent Unseen”.

After the owner of Audley End, Henry Nevill, 7th Lord Braybrooke died in 1941, the British army took over the occupation of the house. With Nazi Germany invading Poland, the British Special Operations Executive (SOE), the British spy organization, worked alongside the Polish military to train the Cichociemni.

The Cichociemni were trained to be parachuted into Poland to destabilize the occupying Nazi forces. Audley End was used for the most rigorous parts of the training program.

They learned bare-knuckle combat, sabotage, how to kill someone in silence, security cracking and disguises,” Andrew Hann, an English heritage historian told Euronews.

Cichociemni used the surrounding woods for firing ranges. To practice being in the field, “they should raid the local post office, running off with undetected cash.”

“It was basically a criminals charter for anything you could do to break the rules and wreak havoc in occupied Europe,” Hann said.

They would also be rigorously trained not to give up their false identities. Often they were woken up in the middle of the night and asked to remember who they were supposed to be.

“They made these interrogations really authentic by wearing Gestapo uniforms and tying people to chairs and cheering them on a bit. They didn’t pull anyone’s fingernails, but they made it as authentic as possible.

Of the 2,613 Polish soldiers who volunteered for special operations, only 527 took part in the grueling training program at Audley End. Of these, 316 were parachuted into occupied Poland between 1941 and 1945.

103 of the Cichociemni were killed in action or executed by the Gestapo. Nine others were to be killed by the Communists after the end of the war.

For a long time however, very few details were known of the specific lives of the Cichociemni who passed through Audley End. Very few details remain of the SOE training program at the stately mansion.

That changed when Hann came across names carved into a closet.

“The candle shop is on the top floor. There is a long passage where these bunkers are for storing coal. There are also some cupboards to put candles and other accessories to heat and light the house.

“It’s basically a service area. There is a kind of closet in which you have to enter. And then on the back, just behind the door frame, there’s this list of names over there,” Hann says.

Originally, Hann couldn’t read the names, but Polish interpreters were quickly brought in to decipher the scribbled writing.

Hann worked with heritage historians in England and Poland to uncover details of the list of people on the back of the cabinet.

After reviewing the evidence, they found a plethora of information about the six people who trained to become Cichociemni at the same time.

They varied in age, with Zbrzeźniak just 22 to Różycki who was 43.

Stories of the Cichociemni

Although all six passed the training course, it was only Różycki who was actually dropped in Poland. By the time they completed their training in 1944, there was a shortage of aircraft and the Warsaw Uprising had reduced the need for them.

Prior to joining the Cichociemni, Różycki organized construction gangs to form military battalions to defend the country against the Nazis. When Poland was defeated, he attempted to escape via Romania to Yugoslavia.

Unfortunately, for Różycki, he was interned for several months after passing through Romania. Eventually he escaped to France just in time for the invasion of Germany in 1940. Somehow he made it to Switzerland where he was again interned. He escapes and is imprisoned in Spain by the fascists.

Despite the seemingly endless imprisonment, Różycki arrives in Gibraltar in time to be pallbearer for General Sikorski, the Prime Minister of the Polish government-in-exile. Finally, he arrives in England to join the Cichociemni.

“So he went through a lot before he got to England. And then he wants to be parachuted into Poland,” says Hamm.

Różycki parachutes and manages to survive the war. Unfortunately, after the war, he is again imprisoned on false charges by the communists and his son is killed in an attempt to free him.

After his release, Różycki led a successful life as the director of the Polish Institute of Civil Engineering.

Różycki is a rare example of Cichocemni returning to Poland after the war. Many others found it too difficult as they were treated like spies.

Although Socha was not dropped in Poland, it was parachuted into occupied France. From there it is believed he was on a mission for British intelligence to obtain poison gas specimens. But he was captured by the Gestapo.

“He was put on a train to return to Germany, presumably to be executed. But he distracted the guard and jumped off the moving train to escape. Then he traveled with cuts and bruises to a local farmhouse and encountered members of the resistance who managed to smuggle him to the coast where he was picked up by a submarine,” says Hann.

Eventually, Hann tracked down what had happened to Socha when she came across a memoir his wife had written about him. It turns out Socha had met a Scottish woman called Margaret and the two had settled in Dundee with him spending his final years as a teacher.

Socha was originally from Przemyśl, a town that now borders Ukraine. But his youth is far from being a simple Polish childhood. He was born in Vienna in 1914, his parents having had to flee his hometown after the invasion of the Austro-Hungarian Empire by the Soviets during the First World War.

“He was born a refugee in Austria. Then his parents returned to this small town on the borders of Poland. His life is beset by the war between the Soviets and the Poles who dispute the region, while he tries to train to become a teacher. He studied at the University of Lviv, which is now in modern Ukraine, before the start of World War II.

For Hann, Socha’s story reminds him of the upheaval of lives during the Russian invasion of Ukraine. It also shows the power of historical research to reveal the life of these pasts.

“I just followed these six names, but there were 527 people who passed the course at Audley End,” says Hann.

“These are all absolutely compelling stories of human endurance and heroism.”

An exhibition on the Cichociemni opens May 2 at Audley End House and Gardens and will run until October 31, 2022.