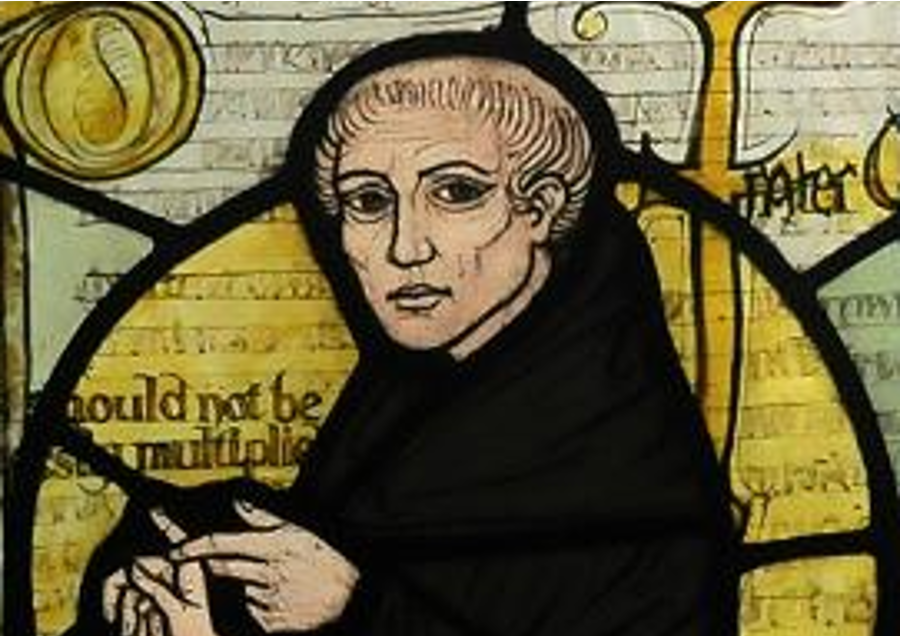 How a 14th-century English monk can improve your decision-making

Almost everyone has been in a situation that required us to form a hypothesis or draw a conclusion to make a decision with limited information. This type of decision-making appears in all aspects of life, from personal relationships to business. However, there is a cognitive trap we can easily fall into from time to time. We tend to over-complicate reasoning when it’s not necessary.

I have seen this happen many times in business circles. We’ve all been trained to never walk into the boss’s office without a stack of data to back up our recommendations. That’s why kids make up elaborate stories when asked how peanut butter got into the game console. This is often why we feel the need to lay out several outlier scenarios on a SWOT analysis just to prove we’ve done the groundwork. However, this type of cognitive whirlwind adds time to meetings, creates inefficiencies, and can be just plain awkward.

We all do that, myself included. Scratch that. Specially me. As a professional risk manager, it’s my job to draw conclusions, often from sparse, incomplete or inconclusive data. I have to constantly work to ensure that my analyzes are realistic, focusing on probable outcomes and not every conceivable possibility. It’s a natural human tendency to over-complicate reasoning, to fill our thoughts and conclusions with improbable explanations.

Recognizing and controlling this tendency can greatly improve our ability to analyze data and form hypotheses, leading to better decisions.

You might be wondering – what does this have to do with a 14th century monk?

William of Ockham was a 14th-century English monk, philosopher and theologian, famous for his contributions to the concept of effective reasoning. He believed that when we observe the world around us, gather empirical data, and form hypotheses, we should do so in the most efficient way possible. In short, if you are trying to explain something, avoid superfluous reasons and far-fetched assumptions.

Later philosophers took William’s tools of rational thought and named them Ockham’s Razor. You’ve probably heard this term in business circles and it’s often interpreted to mean, “The simplest answer is probably the right answer.” This interpretation misses the fact that Ockham was more interested in the decision-making process than the decision itself.

In the philosophical context, a Shaver is a principle that allows a person to eliminate unlikely explanations when thinking about a problem. Razors are tools of rational thinking that allow us to weed out (hence the “razor”) improbable explanations. Razors help us get closer to a valid answer.

The essence of Ockham’s Razor is as follows:

plurality should not be posited unnecessarily

Don’t make more assumptions than necessary. If you have a limited amount of data with two or more hypotheses, you should favor the hypothesis that uses the less number of assumptions.

Example #1: Nail in my tire

Observation: I walked to my car this morning, and one of my tires was flat. I leaned over to look at the tire and saw a huge rusty nail sticking out of it. How did it happen?

Assumption #1: Space junk crashed in the middle of the night, dropping debris from a nearby construction site. The accident threw nails everywhere, landing on a road. I must have run over a nail. The nail punctured the tire, causing a leak, leading to a puncture.

Assumption #2: I crushed a nail in the road. The nail punctured the tire, causing a leak. The leak caused a puncture.

It’s a silly example, but people make these kinds of arguments all the time. Note that the two hypotheses come to the same conclusion: running over a nail in the road caused the flat tire. In the absence of any other data on space junk or construction sites, applying Ockham’s Razor tells us that we should choose the hypothesis that makes the fewest guesses. Hypothesis #1 adds three more hypotheses to the conclusion than Hypothesis #2, without proof. Without more information, take the shortest route to the conclusion.

Here is another. It’s just as weird as the previous example, but unfortunately people believe it.

Observation: The The US government conducts electronic surveillance on its citizens.

Assumption #2: Almost all of us have a “tracking device” in our possession at all times, and it already has a 5G (or 4G) chip. We mainly use it to watch cat videos and recipes. The US government can follow us, without a warrant, at any time. They have had this ability for decades.

Both hypotheses end in the same place. In the absence of empirical data, which one makes the fewest assumptions? Which one takes fewer leaps of faith to come to a conclusion?

One more, from the field of cybersecurity:

Example 3: What is the root cause of data breaches?

Observation: We know that data breaches happen to companies, and we need to reflect this event on our company’s risk register. Which data breach scenario belongs in our risk register?

Assumption #1: A malicious hacker or cybercriminal can exploit a vulnerability in the system causing a data breach.

No matter the obvious conjunction error; in the absence of data that tells us that #2 is probable, #1 makes fewer assumptions.

Ockham’s Razor is a great mental tool to help us reduce errors and reduce unnecessary steps when forming hypotheses and drawing conclusions. It can also be a helpful reminder to help us avoid the pitfalls of cognitive biases and other factors that might cloud our judgment, including fear or shame.

Here’s how to use it. When a conclusion or hypothesis needs to be made, use all available data, but nothing more. Do not make additional deductions. Channel your 10th grade gym teacher when he told you what “assumptions” do.

You can apply Ockham’s Razor in all problems where data is limited and a conclusion must be drawn. Some common examples are: explanation of natural phenomena, risk analysis, risk registers, after action reports, post-mortem analysis and financial forecasts. Can you imagine the negative impacts that making superfluous assumptions could have in these scenarios?

Carefully review your findings and analysis. Trim the fluff and excess. Look at the data and make assumptions that fit, but no more (and no less – don’t simplify more than necessary). Simply being aware of this tool can reduce cognitive biases when making decisions.

*** This is a syndicated Security Bloggers Network blog from Blog – Tony Martin-Vegue written by Tony MartinVegue. Read the original post at: https://www.tonym-v.com/blog/how-a-14th-century-english-monk-can-improve-your-decision-making