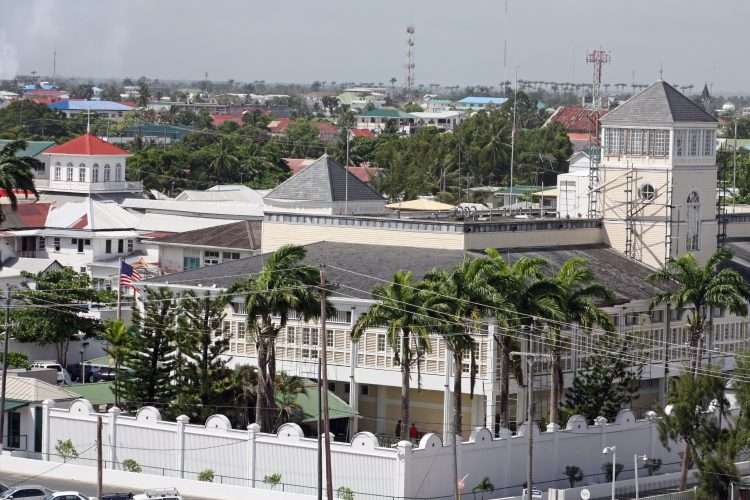 Getting to the North: the (legal) route from Guyana

At the end of 2017, in the context of the so-called “sonic attacks”, the Trump administration decided to withdraw 60% of its diplomatic staff from the Havana embassy, ​​to reduce/stop consular services and, in effect, to suspend migration agreements. .

One of the effects of the move was to change the location of interviews for immigrants. It was first the United States Embassy in Bogotá, but from April 1, 2018, they chose the Embassy in Guyana as their main site, a country that nationals can enter without a visa, which would entail a set of effects and problems, both for themselves and for their loved ones in the United States.

Our interviewee lived the Guianese experience twice: first as an emigrant and then for having claimed, with her husband, a minor child.

This is the story she told us for About Cuba.

Reservation of the ticket Havana-Guyana

I got married five years ago with my husband, who is an American citizen, and to live in this country, I had to live the experience of going to Guyana. I lived in Tampa for three years. But this time he and I had to go back to Guyana because we received an email with the date of my 17-year-old son’s interview, which we had claimed in Cuba.

From the start, there were problems. The first was to get a ticket to drive him from Havana to Guyana, so that he could present himself for the interview on the date that had been fixed for him. We went crazy looking for it, but there were none, or rather, the ones that were available were very expensive. From the start, we bought the Havana-Panama flight via Copa Airlines, but once the reservation was made, it had to be canceled because, you will remember, Panama had imposed the famous transit visa for Cubans.

This affected us directly, as the Panama Embassy in Miramar was very busy at the time and it was not easy to get an appointment. We even tried to arrange the consulate meeting here in Tampa; we went there, but it was in vain: we couldn’t do it. Then it had to be done in Havana. This Havana-Panama ticket cost us $1,800. We had to cancel it for this reason.

So we started looking for ways to get him out of Havana and into Georgetown using other Caribbean destinations, but we couldn’t either. We even thought about canceling the interview date, but in the end some friends put us in touch with the ticket black market (I didn’t know that existed) and we were able to get a ticket from Havana to Guyana with a stopover in Aruba for 3,800 dollars. As expensive as traveling to China or Vietnam, you can imagine why; but there was no other way. Ah, sorry, before we had found another ticket, but it was too much: they asked us for 5,000 dollars.

Eventually we managed to get him out of Cuba. My son arrived in Guyana at 3 p.m. A taxi driver my husband had met on the previous trip when he picked me up picked him up at the airport and from there took him to the hostel we had booked for him while waiting that we both arrive in Guyana.

Central American migration route: testimony of a Cuban migrant (I)

Another expense, of course. We flew on American Airlines from Tampa, Florida. Both tickets cost us $1,600.

Life at the hostel

In Guyana, most of the hostels where Cubans stay are businesses run by Cuban doctors who did not return to the country after completing their missions and who are now dedicated to it. Staying in one of these hostels costs an average of 50 dollars per day per person, that is to say that for three people — my husband, my son and I — we had to pay 150 dollars per day. So, doing the math, housing was only about $3,800 in total, apart from having to buy, among other things, food, coffee, milk, bread, and drinking water because in Guyana you can’t drink tap water. Not all hostels are created equal, there are others where you may spend less, but that was the way it was.

Long story short, we had to stay in Guyana longer than planned. The consular interview had its date and had been done on time, that was not the problem but having to wait for the boy to obtain the visa, to have it stamped on his passport: it took them a month to do it . So my husband had to go back to the United States because he was spending a lot of money and he had to work to be able to pay for all that.

We also had problems with the medical visit. We spent two days enduring glorious sunshine to be able to get an appointment for this check-up. And the day we got it, we got out of there at 5 p.m.

All this time, our dealings with Guyanese were limited to service staff, taxi drivers, etc. Not only because of the language barrier, which is real and quite harsh, but also because of the security.

Daily life then consists of locking oneself in a room and not leaving the inn. Guyana has a high level of danger, there is a lot of crime. Cubans are often attacked, especially on Sundays when they are not working, and especially people who ride bicycles. As I said, contact with the outside world is minimal; and consist of going out to buy supplies and other essentials. But very carefully. And you have to try to find, in any case, non-violent places recommended by the Cubans in the hostel who arrived before us.

Guyana is a corrupt place; from the moment you get on the plane until you leave. The trick is to extract money from you, like everywhere else. We’ve seen officials accuse Cubans of overstaying their original days, and everyone knows the money is going straight into their pockets. They don’t do it in the shadows, nor with any modesty: they do it face to face.

In my opinion, those who suffer the most in this process of going to Guyana and going through all these tribulations are the elderly, the mothers and fathers of American citizens or residents. These conditions are not for them, especially since waiting a long time for them to give you the visa can become exasperating. As far as I know, embassy officials make no exceptions to speed up the process precisely because of their age. Everyone is treated the same.

The other point is the family economy. I don’t think it’s necessary to make people travel that far, and in those conditions; all they want is to find their loved ones. I’m no expert on the subject, but I find it hard to accept the idea that once the consulate in Havana closed due to the infamous sonic attacks, the authorities could not have chosen a more closer and more culturally familiar to Cubans, such as the Dominican Republic or Mexico. I’ll tell you once I’m in my wallet: we spent about $13,000 on this whole process. Now I heard that they are going to phase out Guyana travel, starting with the elderly. It seems very good to me. We even saw elderly people in wheelchairs in Guyana under this radiant sun. This broke my heart….

I entered the United States alone with my son through Tampa airport. My husband, of course, was expecting us. The boy has just arrived and is adapting to living differently. We are not in a hurry. Sooner or later it will get there.

2022-06-14
Previous Post: Earnings of an English entrepreneur and a television personality!
Next Post: Sensational former English teacher in online sales