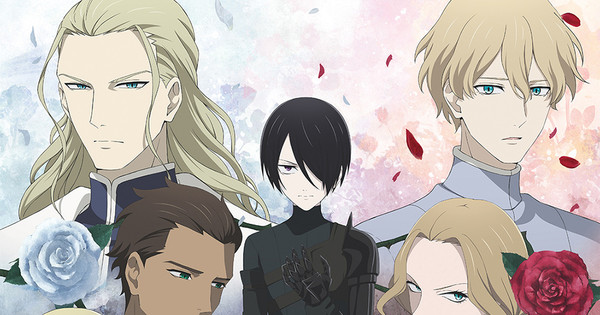 Funimation started broadcasting English double for the television anime of Aya Kannoit is Requiem of the Pink King (Bara-Ō no Sōretsu) manga on Sundays.

Shawn Gan is the MARC Director and Marcus Stimac is the deputy MARC Director. Paul Cline is the leader ADR engineer. Macy Anne Johnson and Jessica Sluys wrote the ADR scripts while Tyler Walker supervised. Benjamin Teherani is in charge of ADR preparation and Gino Palencia is the mix engineer.

Funimation streams the anime in Japanese and describes the story:

The Wars of the Roses grip medieval England as the Houses of York and Lancaster vie for the throne. Richard is the third son of the Duke of York, who plans to take the crown.

Richard wants nothing more than this to happen, but this innocent wish will plunge England further into the chaos of war. Meanwhile, Richard grapples with a much more personal battle.

The anime will air twice in a row Classes (quarters of a year), for a continuous semester cycle. The anime was previously scheduled to air this fall, but the production committee announced a delay in July.

Kentaro Suzuki (angels of death, Kud Wafter) directs the anime to JC Staffand Hiroki Uchida (Urashimasakatasen Days, Players!, Merc Storia: The Apathetic Boy and the Girl in a Bottle) oversees and writes scripts for the series. Chikara Hashizume draw the characters. Other staff include Kentaro Izumi (A certain scientific railgun T) as artistic director, Mayumi Tanahashi as a color designer, Akihiro Takahashi as director of photography, Yoshikazu Iwanami as audio director, Kou Otani as a music composer, and lantis as a music producer.

2022-01-31
Previous Post: English Dub Season Review: Scar on the Praeter Season One
Next Post: National crush is crazy about this movie of Ranveer Singh