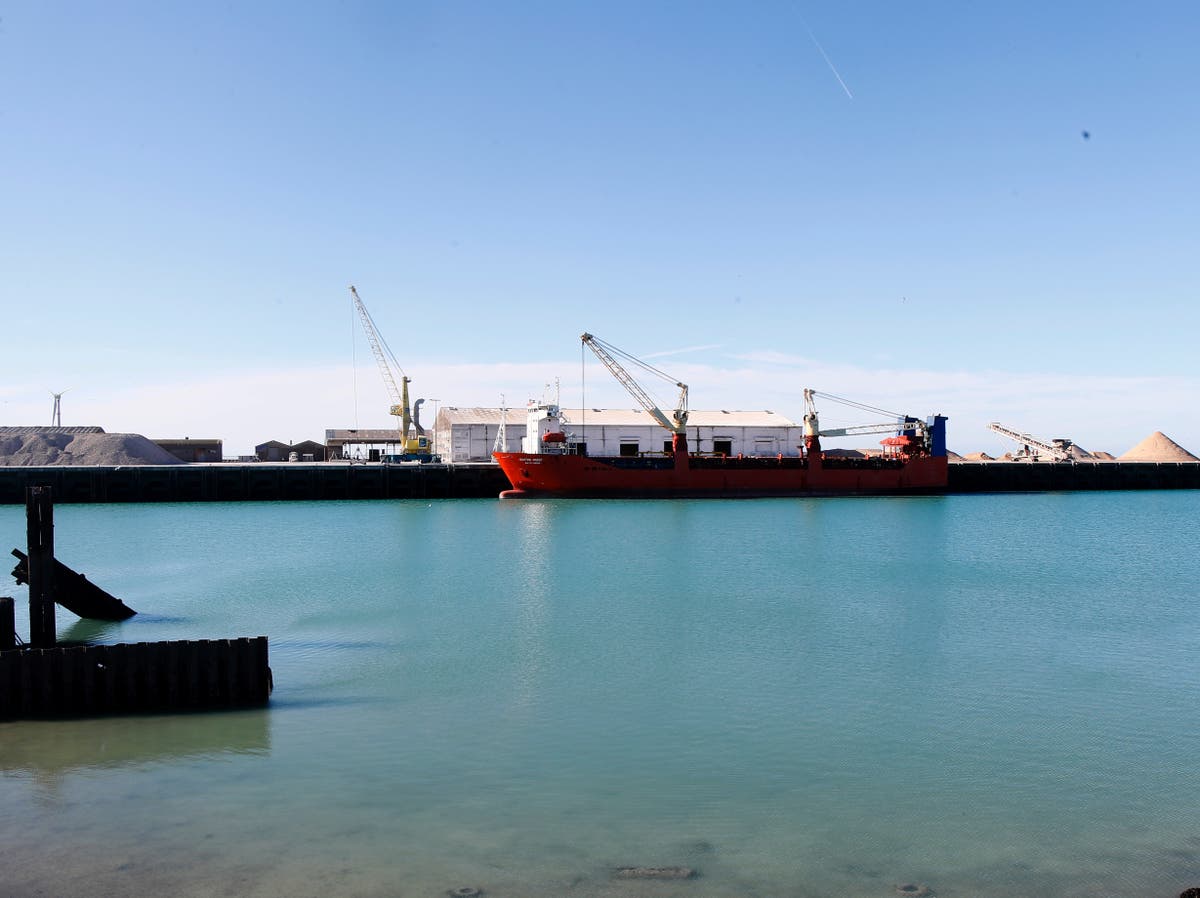 The French navy intercepted a Russian freighter in the English Channel heading for St Petersburg, the BBC reported.

French officials told the broadcaster the vessel was intercepted under new EU sanctions imposed on Russian entities after Vladimir Putin launched an invasion of Ukraine.

The vessel, dubbed ‘Baltic Leader’, was arrested in Honfleur, Normandy, northern France. The car-carrying ship was due to reach St. Petersburg on March 3, according to a cargo tracking site, after setting sail from Rouen, Normandy.

An official told the BBC: “A 127-metre-long Russian freighter called ‘Baltic Leader’ carrying cars was intercepted overnight by the French navy in the English Channel and escorted to the port of Boulogne-Sur-Mer in the north of France.

“He was taken to the French port after a request from the French government because he is suspected of belonging to a company targeted by EU sanctions against Moscow.

“French border forces are currently investigating the cargo. The crew on board the “Baltic Leader” cooperated with the French authorities.

Captain Véronique Magnin, regional communication manager for the maritime prefecture, said the ship was diverted to port between 3:00 a.m. and 4:00 a.m. local time yesterday. She said it appeared to be the first such action in the English Channel after the French government gave maritime authorities powers to intercept ships suspected of breaching sanctions.

The investigation by customs officials to find out if the vessel is linked to a sanctioned company could take up to 48 hours. The Russian Embassy in Paris has asked the French authorities to explain why the ship was seized.

Other sanctions have also been imposed by the EU, UK, Canada and the US on a number of Russian entities and individuals linked to the Kremlin. Those sanctioned include Russian President Mr Putin and Foreign Minister Sergei Lavrov.

Russian Foreign Ministry spokeswoman Maria Zakharova rejected the new sanctions, saying “neither Putin nor Lavrov has an account in Britain or anywhere else abroad.”

EU foreign affairs chief Josep Borrell said: “I am not in the secrets of the wealth of Mr. Lavrov and Mr. Putin and it is not my duty. There are people who will take care of it. »