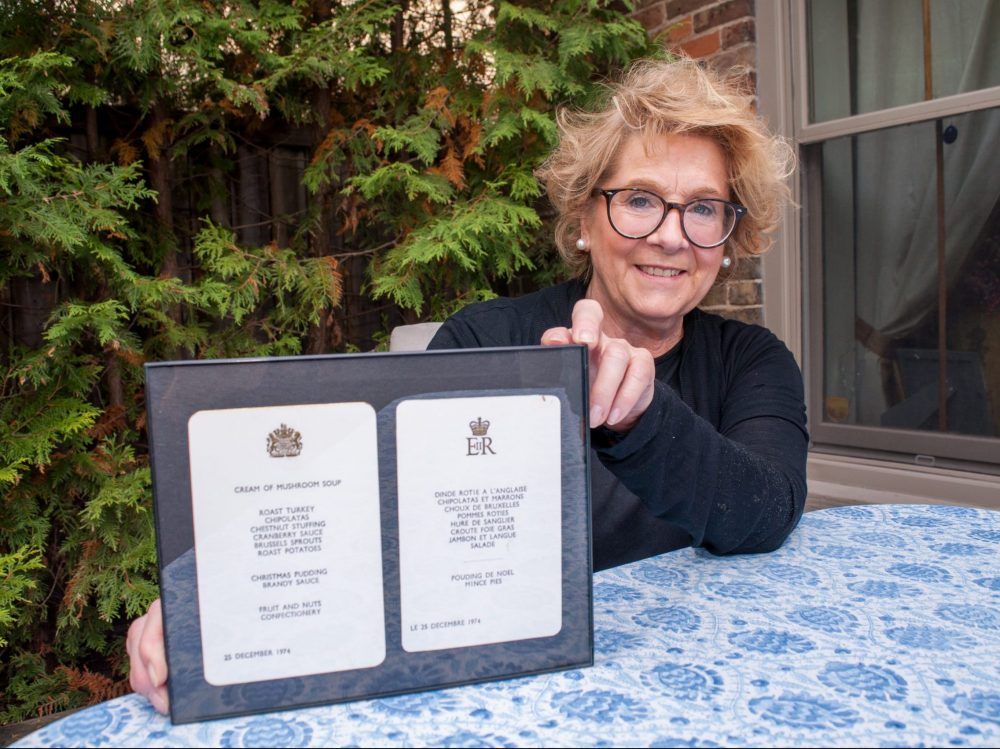 Jean Alice Rowcliffe stood among hundreds of thousands of people in central London, struggling to understand an absolute calm as Queen Elizabeth II’s coffin was shot down in Whitehall en route to Windsor Castle.

“I couldn’t believe the silence,” said Rowcliffe, a former royal nanny from London, Ont., who now lives in St. Marys. “There was no sound except the sound of horses and soldiers. This silence in London was remarkable because you never hear it like that.

Rowcliffe remembers crying. Others around her were crying too.

The men bowed and the ladies curtseyed as the funeral procession passed. Then, traveling behind him like a wave, there was a huge round of applause.

“As it moved towards Westminster, again you heard the echo,” Rowcliffe said. “These were elements that I hadn’t anticipated, but they were very beautiful.”

Regardless of the complicated politics of the British monarchy, or perhaps largely because of it, the death of Queen Elizabeth II last month seemed to shake the world. Rowcliffe is no exception, but the historic event – specifically the Queen’s funeral on September 19 – was also a loophole moment for her personally.

Now a semi-retired nanny trained at the prestigious Norland College, Rowcliffe began her career working for the Royal Family in the dining rooms of Buckingham Palace as a 17-year-old servant in 1974. She got the job with the support of his parents. , moving from London to London after two years of letter writing and RCMP background checks.

“It was intriguing, crazy,” Rowcliffe said. “(Buckingham Palace) is a maze. It’s like a rabbit maze.

Rowcliffe’s room – beautiful but not glamorous, she said – overlooked Buckingham Palace Road. A chest of drawers inside was marked ‘VR’, which at one time meant that this piece of furniture was part of Queen Victoria’s household.

“I loved the story,” Rowcliffe said. “There were 300 employees looking after, really, a very small family. Prince Andrew and Prince Edward were still there at the time. Prince Philip called it “living above the store” and it was absolutely true. All official business was done from there. It fascinated me.

Rowcliffe stayed for about 18 months before deciding to move on.

“I was young and loved it,” she says. “(There were) a lot of great young people working there, but I didn’t like the class structure. I didn’t know my place, so I had fun talking to everyone and they always said, “You’re going to be in trouble.

“If you watch Downton Abbey or Upstairs Downstairs, that’s really what it was.”

Rowcliffe traveled elsewhere, then briefly returned to Canada before returning to England to attend Norland, the prestigious training grounds still producing nannies for the Royal Family, including the Prince and Princess of Wales.

After graduating in 1979, Rowcliffe said her previous experience at Buckingham Palace helped her land a job helping the Prince and Princess of Kent raise a young Lord Frederick Windsor and Lady Gabriella Kingston.

It was in this role that Rowcliffe met Queen Elizabeth II. As a nanny, Rowcliffe was allowed to have a private audience with the Queen at Windsor Castle around Christmas.

“You always got a Christmas present from him, which was adorable,” she said. “I will always remember her beautiful skin and those blue eyes. They were piercing. When she looked at you, it was like she was looking right through. She was charismatic but…she was never pompous. She had a wonderful sense of humor, and I’ve heard that from a lot of people.

Rowcliffe spent four and a half years at Kensington Palace before continuing his career in other fascinating locations around the world. She moved to St. Marys, near her hometown, about six years ago.

Rowcliffe still works occasionally for the families she met during her career, but has also turned her attention to a local project in St. Marys. With the help of two neighbors – Quinn and Sullivan Bolton – Rowcliffe is raising money to improve the town’s skatepark, a project she is carrying out in memory of her son, James, an avid skateboarder who died in 2009 after being diagnosed with cancer.

Rowcliffe will share stories about her time working for the Royal Family at two upcoming events at St. Marys.

The first at St. Marys City Hall Auditorium is hosted by the city’s public library on October 20. Tickets for this event, which is part of Ontario Public Library Week, are free.

The second conference will take place on October 30 at the Pyramid Recreation Centre. Admission will be by donation to the skate park fundraiser. More details are available at the city website.

Rowcliffe still has many fond memories of her time in England. She will bring with her to her second conversation royal dinner menus, luggage tags, stationery and other intriguing trinkets.

Rowcliffe will also speak about her experience in London at the Queen’s funeral.

“It was just a little bookend, a little looping moment that I’m so grateful for,” she said. “We will never see this again because (the Queen) has seen people go through times when there was not this availability of news. It was a figurehead, a real beacon, and I don’t know what lighthouses we have anymore.