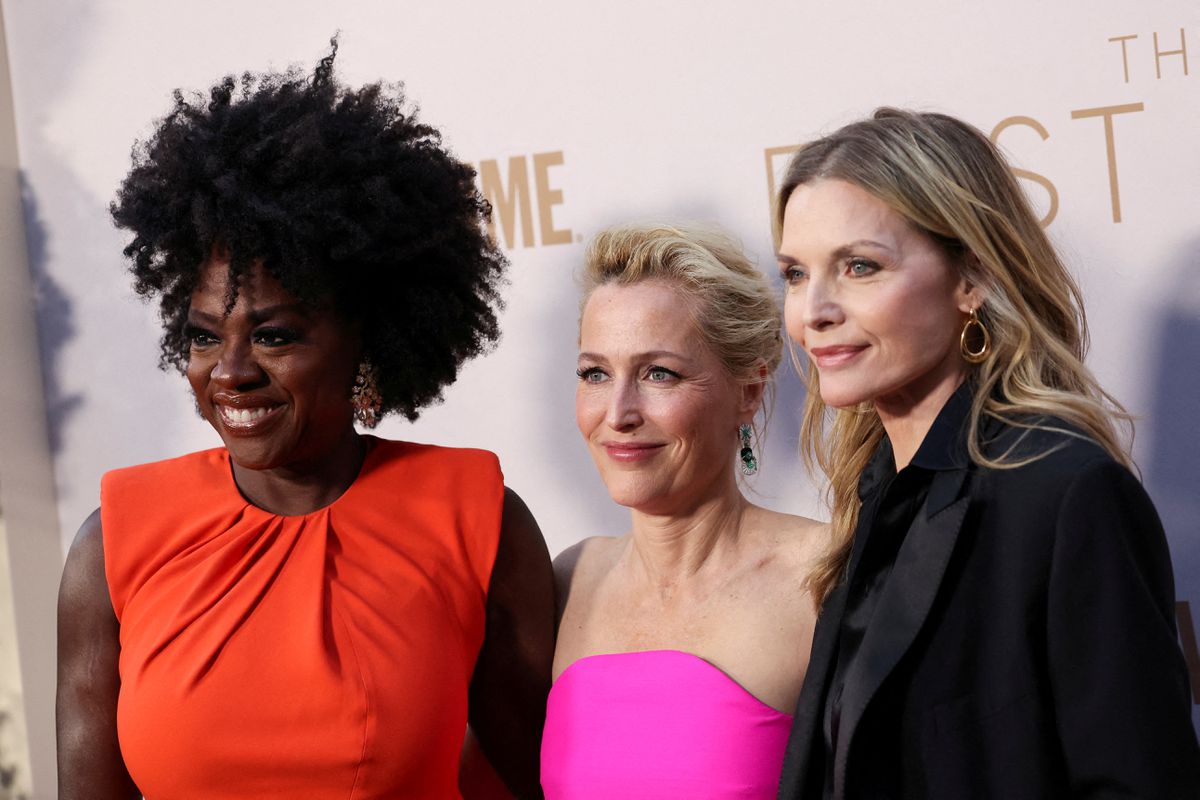 In one of the best episodes of Mrs America, the 2020 series that tackled the history of the movement to ratify the Equal Rights Amendment and its opposition, Alice, Sarah Paulson’s character, has an After Hours experience at the Conference 1977 Women’s National in Houston. The young housewife and staunch conservative ends her feminist immersion in a corner where a group of lesbian women are singing “This Land Is Your Land”. There, uninhibited thanks to drugs, she steals the show from others and completes the end of Woody Guthrie’s anthem as a soloist. Another woman goes on to tell him that Guthrie was a socialist. Alice laughs in disbelief. “You were there in the middle singing a Marxist song,” insists his interlocutor. “It’s patriotic,” Alice said. “Exactly,” replies his new friend.

“This Land Is Your Land”, in the 2004 version by Sharon Jones, is the theme song for “The First Lady”, a series written by Aaron Cooley and directed by Susanne Bier, which chronicles the lives of three American first ladies: Eleanor Roosevelt, Betty Ford and Michelle Obama, played by Gillian Anderson, Michelle Pfeiffer and Viola Davis respectively. When Sharon Jones was still an anonymous singer, she worked as a prison guard and security guard. In the 1990s, a Sony executive told her she was too black, too fat, too short and too old – she was in her 40s – to make music. His version of Guthrie’s song even includes the verses eliminated by the songwriter himself to soften his political message. Jones emphasizes the sarcasm of the lyrics, implying that the law in the United States does not exist for everyone.

The theme song creates a stark contrast to the show: the underprivileged of America’s promised land and three of the most important women in the country’s history, spanning key decades of the civil rights struggle in the United States. How has the intimacy of three presidents, with their respective wives, influenced American political life? The First Lady’s intentions are as ambitious as their end results are disappointing. What do three women, born in radically different times and environments, have in common, besides having married presidents of the United States? For starters, according to Cathy Schulman, the show’s executive producer, none of them wanted to be there. To fully understand them, it is worth looking at individual women.

As the niece of Theodore Roosevelt, Eleanor Roosevelt was born into the American elite. She received an upbringing that would still be considered privileged for a young woman today, a passport to independence unthinkable even for upper-class women at that time. She was more willing to act as president than to marry one.

Franklin D. Roosevelt’s wife also has a temperament unsuited to her time. In the trailer for the series, she slams to her husband, “you are the husband of a woman who has a mind and a life of her own.” (Franklin D. Roosevelt is played by Kiefer Sutherland, who is better suited to the role of the savior of democracy in 24 than the politician who promoted the greatest reform in US history.) Eleanor Roosevelt served as first lady longer than any other woman, due to her husband’s exceptional four terms in office.

His boldness and ambition contrast with his tendency to depression and low self-esteem, personality traits that “The First Lady” captures well. The series is the first to portray Roosevelt’s relationship with journalist Lorena Hickcock, played by Lily Rabe, in depth. He attempts to fill in the gaps left by the lovers’ correspondence, fantasizing, almost naively, about Roosevelt’s approval of his wife’s affair. No matter how the president and his wife negotiated the limits of their relationship: we find ourselves before a couple who changed the history of the West. Let’s not forget that Eleanor, in addition to being an advocate for women’s rights and civil rights, was the main promoter of the 1948 Universal Declaration of Human Rights.

If Eleanor Roosevelt made history despite her weaknesses, Betty Ford did so thanks to hers. A wonderful Michelle Pfeiffer, who we see less onscreen than we should, plays the first lady who never expected to be one, the show’s most complex and edgy character. Betty Ford turned her mastectomy into a public conversation about disregard for women’s health. Outside the White House, her addictions to alcohol and painkillers led her to found the world famous rehabilitation clinic. During the two-and-a-half years she served as First Lady, she championed the Equal Rights Amendment, a central issue of the aforementioned “Mrs. America,” as well as abortion rights. It did so within the framework of the Republican Party which, until Reagan, had not yet experienced the social regression which now characterizes it.

Michelle Obama loses in the series. Her character almost looks like a parody of herself. Her story is more recent, which poses challenges when it comes to fictionalizing (Viola Davis also assured that creative licenses have been taken to interpret her). Despite the fact that there is still a lot of work to be done on equality, compared to the other two, she arrived at the White House with the table already set. His commendable work for healthy eating in the United States pales in comparison to fighting for gender and racial equality, despite the fact that we understand that Barack Obama’s defense of marriage equality and ‘Obamacare is family driven. The portrait of the relationship between private life and public life is perhaps one of the weak points of the series. A story can be true without being realistic, and admirable women don’t necessarily lend themselves to captivating hero journeys.

2022-04-28
Previous Post: Bill 96 compromise for Anglophone students raises more questions
Next Post: Cast, plot, release date and everything else you want to know!