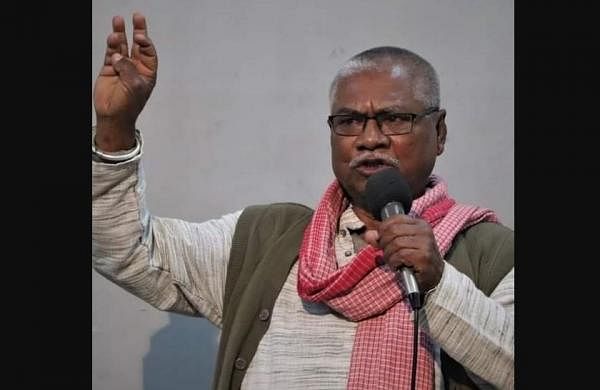 ‘How I Became a Writer: An Autobiography of a Dalit’, translated by Anurima Chanda, continues the Bengali Dalit writer’s inspiring memoir after the 2018 award-winning book ‘Interrogating My Chandal Life’ – which was about growing up Byapari. years in refugee camps in West Bengal and Dandakaranya.

In this translated volume, the author talks about his rollercoaster life in Kolkata after leaving Chhattisgarh Mukti Morcha, and how he took the job of a school cook.

It is jointly published by SAGE Publications India and Samya under the Samya SAGE Select imprint.

The 72-year-old writer, who is also a Trinamool Congress MP from Balagarh, West Bengal, worked as a cook for more than two decades at the Helen Keller School for the Deaf and Blind.

“Time had given me a simple pen. All I wanted was to cling to it with all my might, like a small canoe on a vast ocean, a lamp in a dark night, or a stick in my arm. of a blind hand,” Byapari said as he reflected on his life story.

While the first part of the volume describes how Byapari performed his duties even after being treated with contempt for being a Dalit; the second part reveals how his perseverance gradually led to his works being published in small magazines and, later, by mainstream publishers.

“He discusses Dalit writings, Dalit literary organizations, and whether he is a ‘Dalit writer’. His direct observations on society and governance provide a lot of insight,” the publishers said of the book.

He has received several awards such as Suprabha Majumdar Smarak Puraskar in 2014 and Hindu Literary Fest Non-Fiction Award in 2019.