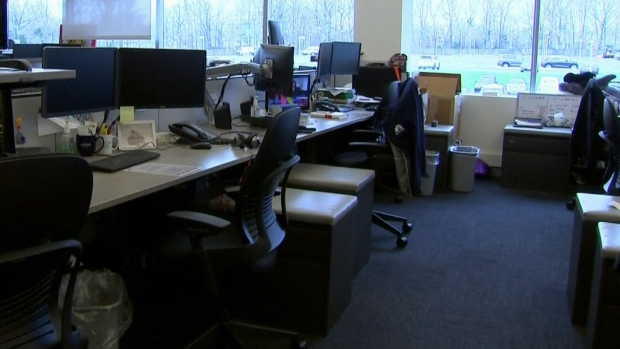 English-speaking Quebecers generally earn less than those who speak French and are more likely to be unemployed, according to a new report.

The Provincial Roundtable on Employment (PERT) report found that after taxes, English speakers earn a lower median income in 14 of the province’s 17 administrative regions.

“This report challenges the myth of English-speakers in Quebec as a wealthy, cohesive community,” said Nicholas Salter, executive director of PERT, an organization that collects information on employment issues for English-speaking Quebecers.

The report also revealed that in 15 of the 17 regions, Anglophones have higher unemployment rates at 8.9%. In comparison, the provincial unemployment rate is 7.2%, with that of Francophones being 6.9%.

The situation is most extreme on the North Shore, where the unemployment rate for Anglophones is 25.5%, compared to 11.6% for the Francophone population.

The only regions of Quebec where Anglophones have higher unemployment rates are Bas-Saint-Laurent and Saguenay-Lac-Saint-Jean, according to the results. These are also the regions least populated by English speakers.

“Given the current labor shortage, this report demonstrates the importance of developing solutions to ensure that English-speaking communities in Quebec are able to fully contribute to building a strong and dynamic Quebec economy,” Salter continued.

With files from CTV’s Andrew Brennan.

2022-02-19
Previous Post: Brock’s mother is a plot in the English dub
Next Post: Translation Brings Wajida Tabassum’s Works to Life in English