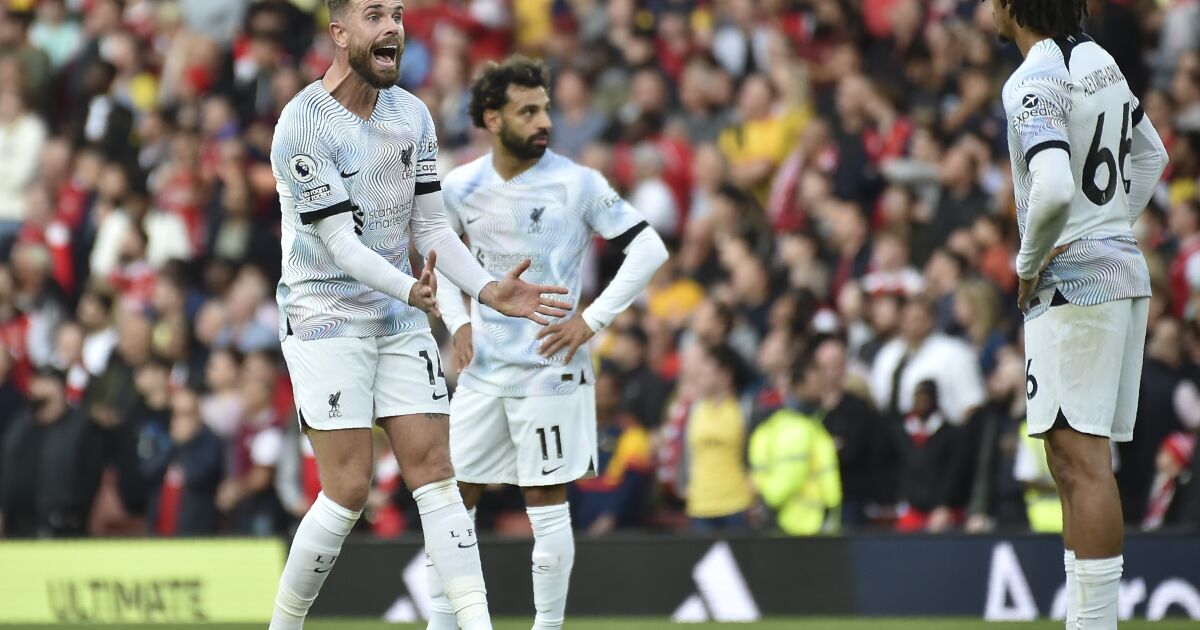 The English Football Association will not take disciplinary action following an investigation into a confrontation between Arsenal defender Gabriel and Liverpool midfielder Jordan Henderson during a Premier League game.

The two players faced off after Arsenal received a penalty which was converted to earn a 3-2 win at the Emirates Stadium on October 9. After a scrum, referee Michael Oliver spoke to Liverpool manager Jurgen Klopp and his Arsenal counterpart Mikel Arteta on the touchline.

The FA said on Wednesday it had received a complaint about an incident which triggered what the governing body described as “a full and thorough investigation”.

Witness statements have been taken from the two players as well as six players close to the alleged incident, with the investigation “examining multiple angles of video footage and seeking evidence from independent linguistic experts”.

“None of the witnesses heard the alleged comment, and the accused player strenuously denied the allegation throughout,” the FA said.