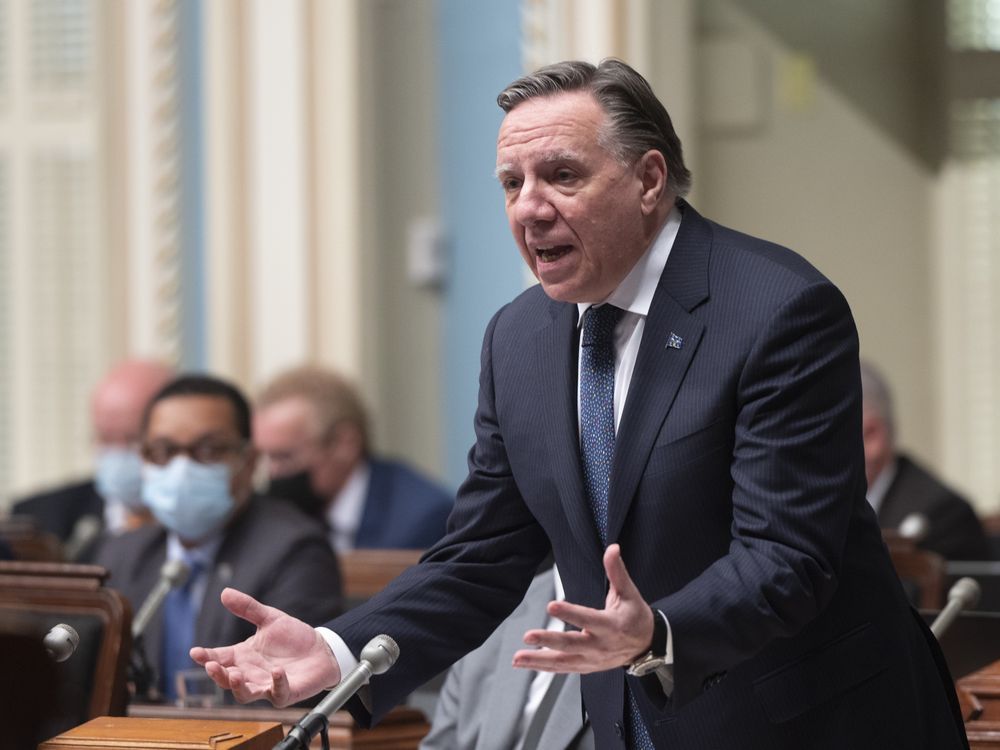 MONTREAL — An English-language leaders’ debate scheduled to take place ahead of Quebec’s October election has been canceled after Premier Francois Legault refused to take part.

Parti Québécois leader Paul St-Pierre Plamondon also said Friday that he would not participate in the September 20 debate because the common language of Quebec is French.

“Without the participation of all major party leaders, representatives of the English language media consortium agree that this would not be a fair and informative exercise. As a result, there will be no party leaders’ debate in English in this election campaign,” the consortium of broadcasters hosting the debate said in a statement.

The other three parties in the legislature, however, had said their leaders would participate.

A spokesperson for Liberal leader Dominique Anglade said earlier today that she planned to attend the debate in English regardless of who else refused to show up.

The leader of the Conservative Party of Quebec, Eric Duhaime, said he too would debate in English, and the spokesperson for Québec solidaire, Sandrine Bourque, said that the party’s candidate for premier, Gabriel Nadeau- Dubois, planned to be there even if the CAQ and the PQ were not.

The leaders of Quebec’s four largest parties, including Legault, took part in an English-language debate ahead of the last provincial election in 2018. It was the first English-language leaders’ debate in the province’s history.

This report from The Canadian Press was first published on May 13, 2022.

2022-05-13
Previous Post: BIA celebrates St. George’s Day on April 21 in honor of its English allies | Local News
Next Post: Inside the Incredible Life of an English Poet Who Versed the Horrors of World War I